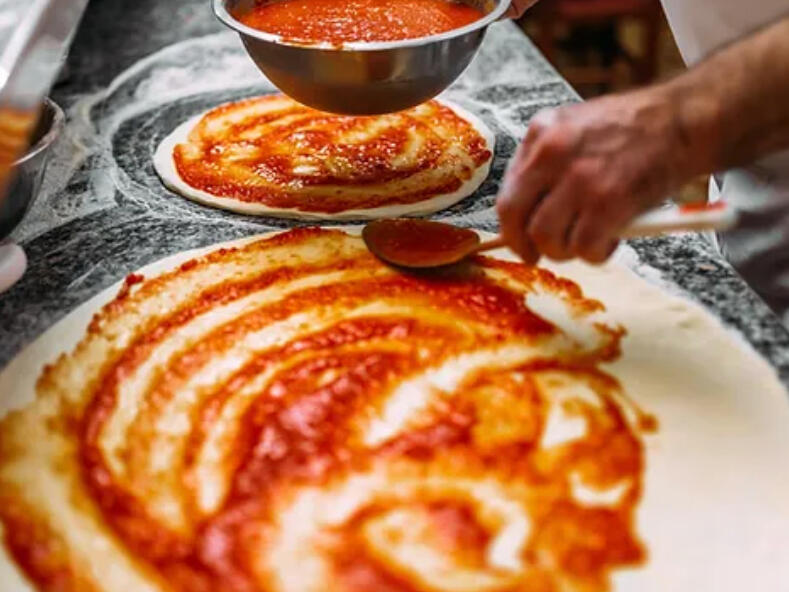 A List of Oldest Pizzerias in New Jersey | travel expert

A main street staple since 1912, Papa’s is the nation’s oldest family-owned pizzeria. They are best known for their thin crust pizza and one pie in particular has generated a lot of interest over the years and that is their famous mustard pie. Served with a thin layer of spicy brown mustard under the cheese and sauce before the dough is baked, mustard tart has become a local specialty.

A small, old-fashioned pizzeria that was originally a bakery, DeLucia’s was opened by Italian immigrant Costanio DeLucia over 100 years ago and is still family owned and operated. Pizza was added to the menu in the 1930s and became such a local favorite that the bakery decided to convert entirely to a pizzeria in the 1950s. DeLucia’s estimates that over 3 million pizzas have been made here since.

Opened by Lou Santillo in 1918, Santillo’s also got its start as a bakery known for its fresh Italian bread. Soon, Santillo began cooking pizza in his low-vault brick oven. Each brick was individually hand cut to create a proven method that has cultivated the perfect pizza and a very loyal following.

A family restaurant with a full bar and patio, this infamous Monmouth County favorite was opened in 1921 by Frank and Ester Federici, their family continues to oversee operations today. Federici’s has received countless accolades over the years for its incredible thin crust pizza and remains one of the most popular restaurants in the state.

About as old-school as it gets, Curioni’s doesn’t even have its own website. This little hole in the wall hasn’t changed much since it opened in 1923. Curioni’s is loved for its friendly, genuine service and unbeatable prices.

This old-school restaurant is pretty easy to spot with its red and white awning and bold marquee-style sign outside its entrance. Baltimore Grill is revered as the oldest pizzeria in Atlantic City and is best known for its classic pies and infamous spaghetti pizza.

A neighborhood staple that’s been open since the 1930s, a trip to Patsy’s will make you feel like you’ve returned to an old relative’s home. Their old-fashioned dining room features wood-panelled walls, vintage photographs and signs, and stained-glass light fixtures.

An old school joint that offers a wide variety of Italian classics like their famous garlic bread, pastas and pizzas, Barcelona’s is still family owned and operated and not much has changed inside since its inception. opening in the 1930s, including its prices and warm friendly service.

Lights of the port of Sciortino | South Amboy, 1934

Down-to-earth Italian restaurant with a full bar and dining room, Sciortino’s serves appetizers, salads, pasta dishes and authentic brick-oven pizzas with freshly made daily dough . The restaurant is currently owned by the 4th generation of the Sciortino family.

Recognized as one of the best and most authentic Italian pizzerias on the coast, Vic’s was opened by Vic Giunco, an immigrant from Genoa, Italy. He opened a fruit stand and a confectionery before finally finding success with pizza.