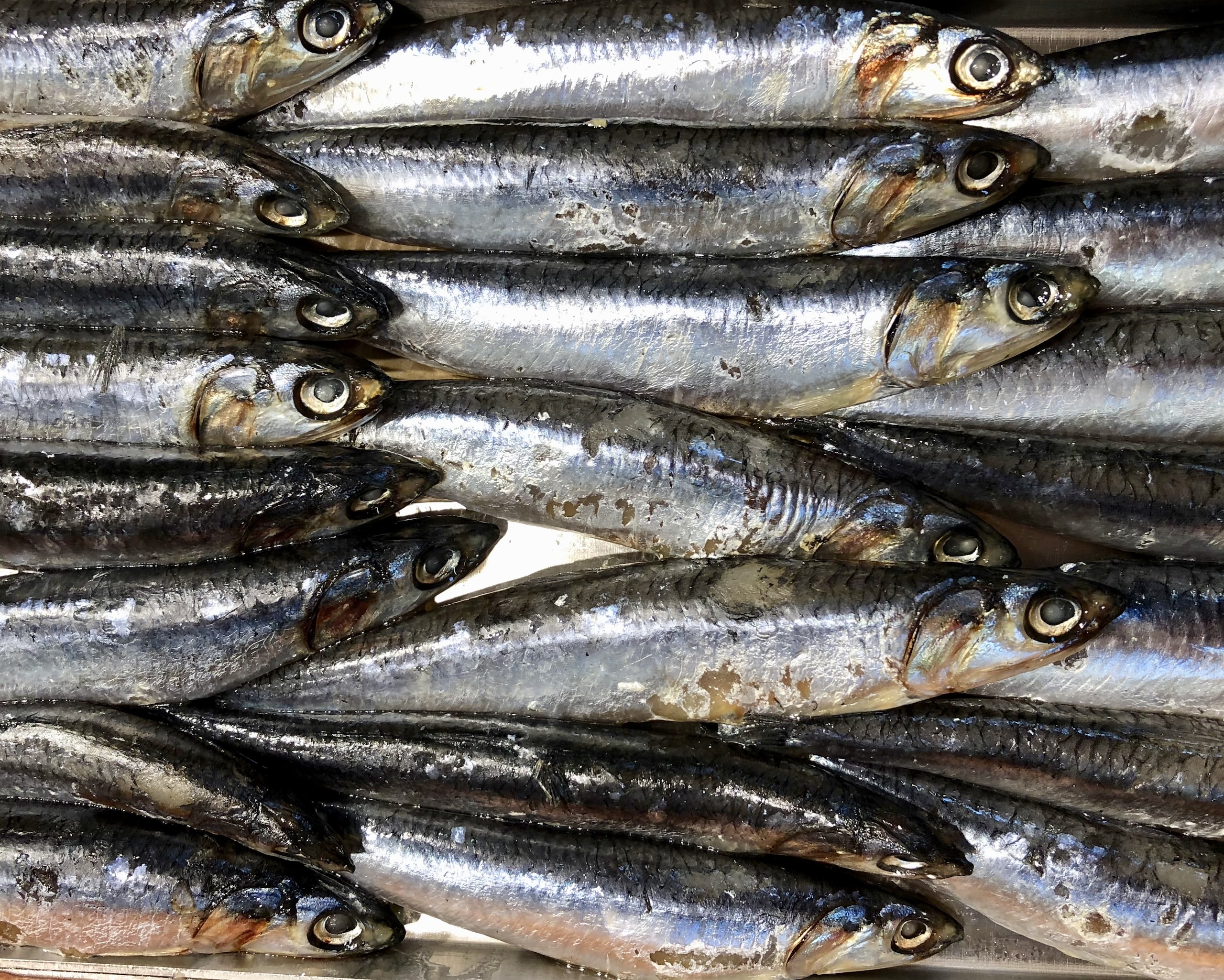 Anchovy lovers, your favorite pizza topping might be harder to find!

In recent years, the oceans have warmed significantly. Many scientists believe that warmer water is a better environment for small fish than for large ones because warmer water contains less oxygen and larger fish need more oxygen to live. This is predicted to lead to smaller fish in the ocean over time. But are fish shrinking or are small fish becoming more common?

Anchovies are among the small number of sea fish consumed in large quantities by humans. They’re familiar as pizza toppings or salad dressing ingredients, but they’re also ground for livestock and pet food. Anchovies are easy to harvest because they congregate in huge schools in predictable places. One such place is the Humboldt Current, an ocean current off the coasts of Chile and Peru that brings cold water towards the equator from the Antarctic Ocean.

The Humboldt Current alternates between warm and cold depending on global weather conditions. When the Humboldt Current is warmer, fishermen catch fewer anchovies, giving scientists an idea of ​​what could happen if the current stays at those warmer temperatures. There is less oxygen and food available to anchovies in warmer waters, so the fish move to deeper, colder waters that anglers cannot reach. Fish that have adapted to low oxygen levels, such as gobies, are more common in warmer waters. Gobies are harder to catch than anchovies because they are smaller and yield less meat per fish.

A group of international researchers led by Renato Salvatecci wanted to know if anchovies were smaller when the oceans were warmer. They knew that about 120,000 years ago the Humboldt Current was warmer than it is today. They took sediment samples from the bottom of the Humboldt Current at a depth believed to contain remains of animals that lived 120,000 years ago. They then combed through the samples, looking for ancient fish vertebrae among the bones and shells. They measured the width of each vertebra and sorted them into gobies, anchovies, lanterns and other species.

To find an accurate model for the ocean, the researchers needed present and past ocean temperatures. To get past temperatures, they tested specific molecules left over from certain species of algae that don’t break down for thousands of years, even long after the algae cells had decayed. When the water is warm, the algae create dense clumps of cells called blooms, which makes these molecules more abundant.

A species of goby similar to the one studied. Photo by laszlo-photo. DC BY 2.0

They knew from previous studies that different amounts of algae correspond to certain temperatures. So scientists can use this data to estimate what the temperature was at the time of a given layer of ocean sediment based on the amount of algal molecules found.

Next, the scientists used the algae-based temperature estimates to determine which fish bones came from warmer and cooler periods. They found that during warm periods about 60% of the samples were goby vertebrae and very few anchovy vertebrae. Today, however, this area is currently dominated by anchovies.

When scientists combined all the vertebrae from all fish species, the average size of ancient fish vertebrae was smaller than that of modern vertebrae. However, the anchovy bones they found were about the same size as present-day anchovies. The smaller average size in the past was due to there being a lot more vertebrae of smaller fish, which lowered the average. This finding supports the hypothesis that small fish are more common when the ocean is warmer, instead of the idea that fish size decreases as the waters warm.

Although anchovies will likely remain the same size in the future, this study shows that the type of fish found in the Humboldt Current will likely change if the water continues to warm. Based on the results of this study, fish that require high levels of oxygen, such as anchovies, may not be able to maintain their current high population when oxygen decreases due to higher temperatures. If the Humboldt Current becomes dominated by gobies again, people, fisheries and industries that rely on anchovies will struggle to catch enough of them.

This study has demonstrated, along with others of its kind, that ocean warming can affect our food supply. This is especially important to know for regions of the world that rely on seafood as their main source of protein. Some of these impacts won’t be immediately obvious, so scientists use models based on Earth’s past. Models are never perfect and need to be refined as scientists uncover new information, but they are always useful in shedding light on an unknown future.