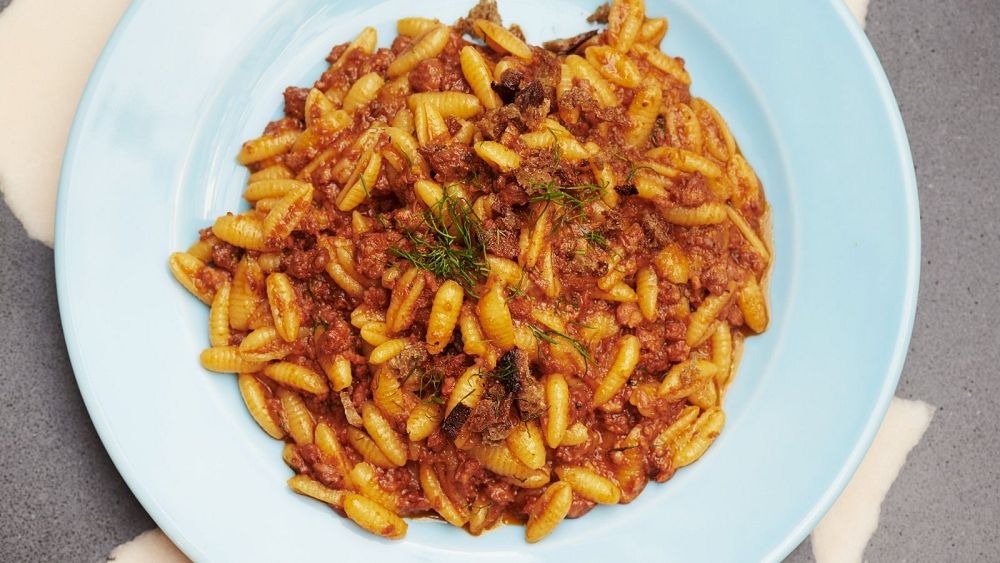 Stevie Parle is a British chef, serial restaurateur, writer and food entrepreneur on a mission to deliver great value, nutritious and nature-friendly pasta. Stevie was named Young Chef of the Year in 2010. He has since formed Stevie Parle Restaurants with business partner Liam Nelson. Today his main focus is his casual fresh pasta brand pastaio, and the critically acclaimed pop-up plant store and supper club JOY in Marylebone.

He shares his sausage pasta recipe with The Kitchen: a comforting dish made more complex with a pinch of fennel. This could become your new fall-back family meal.

This is one of the easiest pasta sauces I know and I often use it as a family backup meal. It’s a simplified version of the one we serve at Pastaio. Try to get fresh Italian sausages from a deli if you can, they are made with coarse meat and lightly fermented for a nice flavor. If you can’t find Italian sausages, add a little finely diced pancetta to the sausage when frying it for that all important jerky flavor.

Associate it with a Nero d’Avola. The classic Sicilian red that never breaks the bank.

Restaurateur, writer and food entrepreneur, Stevie Parle began his career at internationally acclaimed restaurants such as the River Café, Moro, Petersham Nurseries and New York’s Spotted Pig. He also spent this period traveling through Asia, Europe and the Middle East, which strongly influenced his cooking style and references.

Stevie has written countless recipe articles, several books and presented a series of food documentaries in the UK.