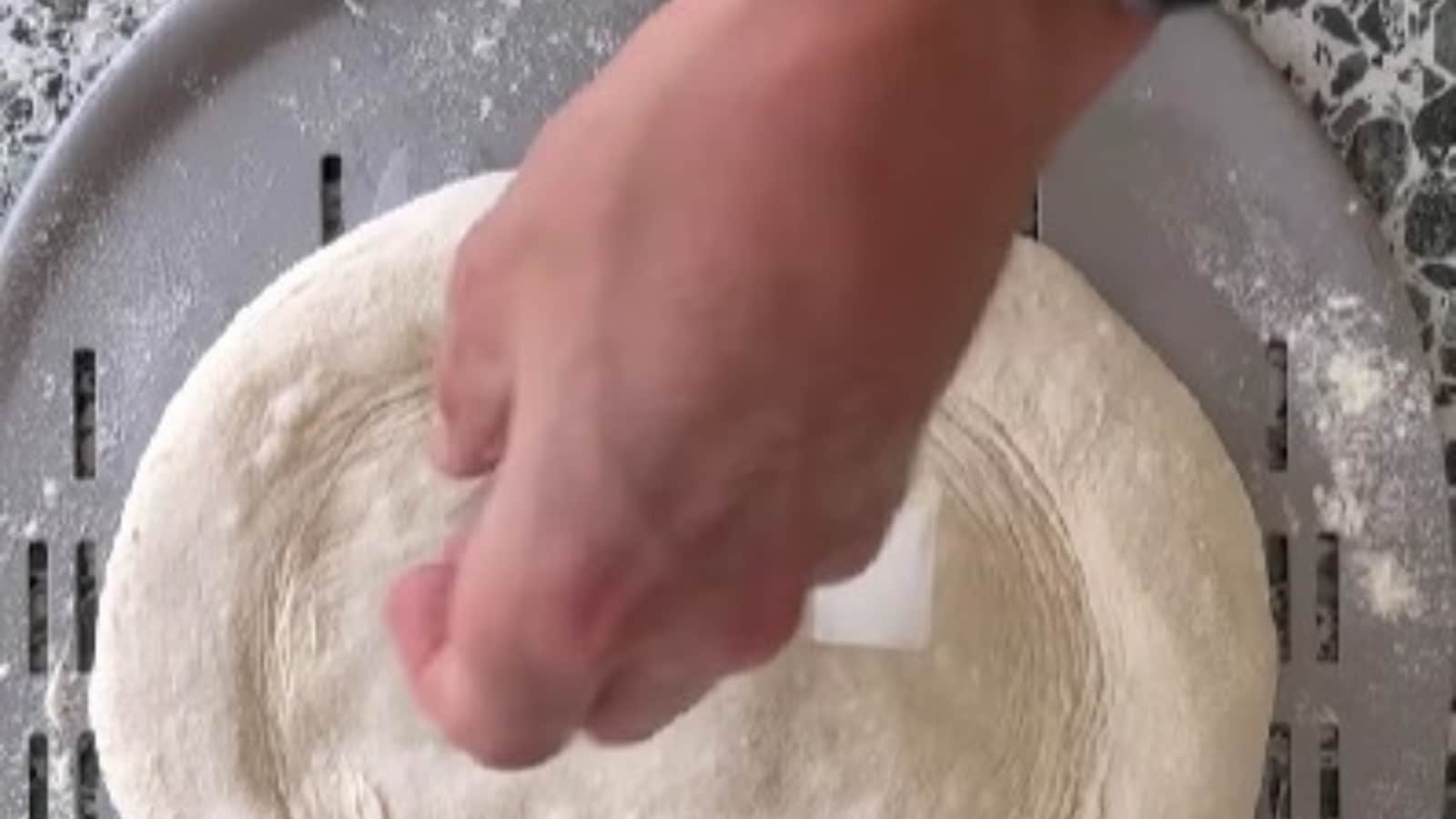 Experimentation with food is a boon and a bane. A boon, as it has the ability to produce some of the most mouth-watering dishes. The answer to why it’s a plague lies in the video that was catapulted onto social media recently. A pizza-making video goes viral and raises questions about the extent to which humans can introduce new ingredients into already established recipes.

In this viral clip, a man prepares a frozen pizza. Yes, you heard right. Ice cream on a pizza. The video begins with the chef preparing the dough for the dough. He then flattens the prepared dough giving it a perfectly round shape. Once the dough is flattened on the mold, he places a few ice cubes on the dough. And without even moving and rethinking his actions, he puts him in the furnace.

The pizza comes out with the star ingredient completely invisible and all that can be seen is the crusted pizza base. The frozen pizza is then topped with a handful of grated cheese and is seemingly ready to serve.

Since being shared, the video has garnered nearly 80,000 views on Instagram. The video received over a million likes. Users, who saw this chilling madness, couldn’t help but rush to the comments section with their opinionated reactions.

One user wrote, “Showed this to my Italian friend, he died.” Another wondered and said, “I really can’t tell if this is a joke or not.” “Can you pass us the recipe,” one user teased. “I hope you don’t work in Italy,” warned another. Another asked: “Give me back my mobile data.”

A debate that erupted when people found pineapples on pizza is still simmering in various corners of social media. Only time will tell what kind of talk will spring from this recipe. What do you think?