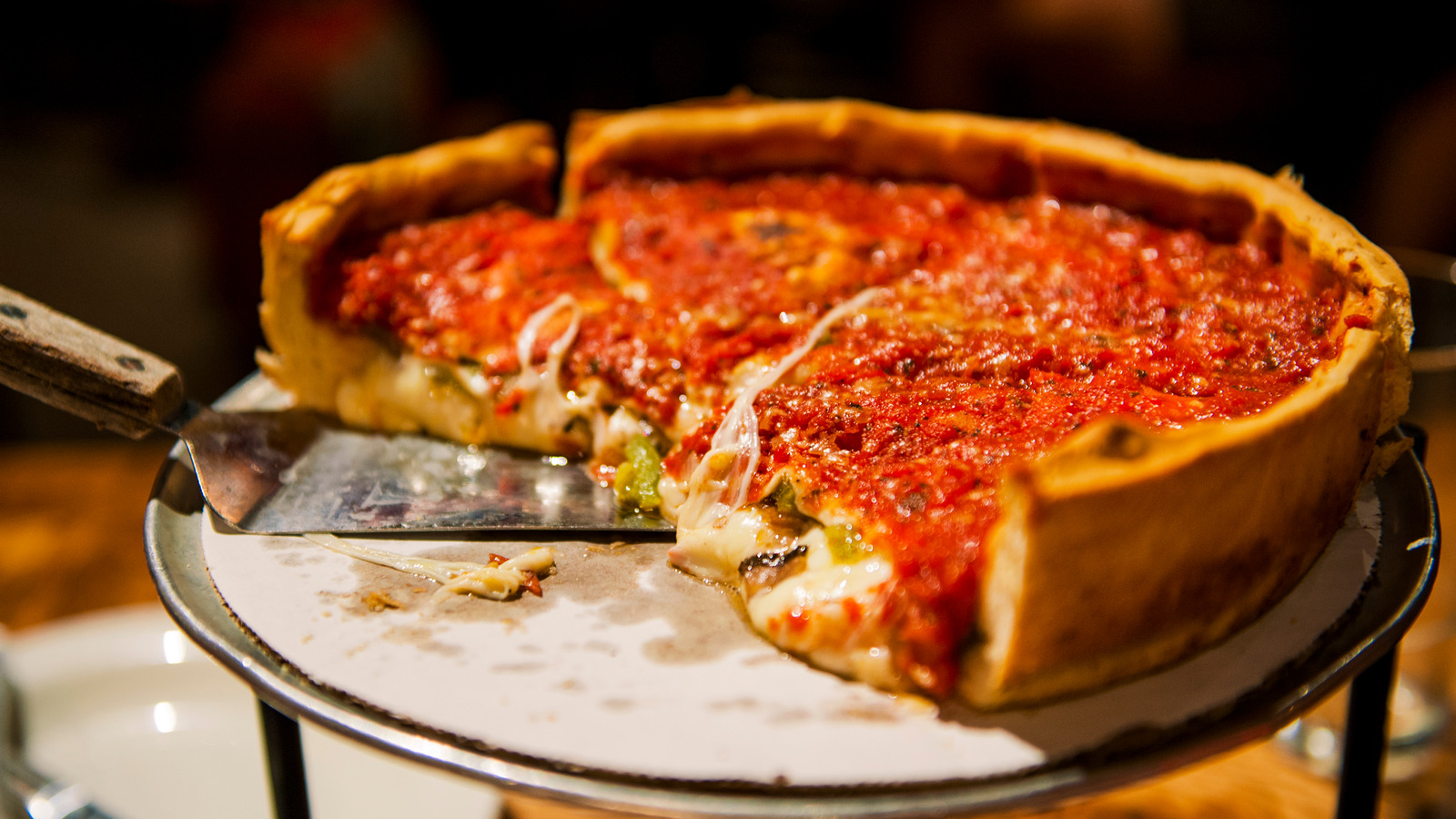 Ask any Chicagoan worth their salt where to go for a deep dish, and they’ll tell you Pequod’s. (That is, if they don’t try to keep it a secret.) The Lincoln Park restaurant has been making pizza since 1970 and is a local favorite. It’s so popular, in fact, that weekend wait times are sometimes measured in hours, not minutes. But don’t worry: Those who plan ahead can make a reservation or join the restaurant’s waitlist on Yelp.

It’s worth it, because the crispy caramelized crust of the pan pizza is positively transcendent. Other deep-dish establishments like Lou Malnati’s and Giordano’s are fine, but Pequod’s takes the gooey style and elevates it to its highest potential. The restaurant sausage is particularly good, providing a nice layer of fennel flavor to cut through the richness of the pizza.

While many hip restaurants don’t always live up to their reputation, Pequod’s does, and it does consistently. The restaurant has been named to so many “best pizza” lists that the restaurant’s website says “it’s hard to list them all,” and there’s a reason for that. Pequod’s makes the best pizza in Chicago, if not one of the best pizzas in the country.