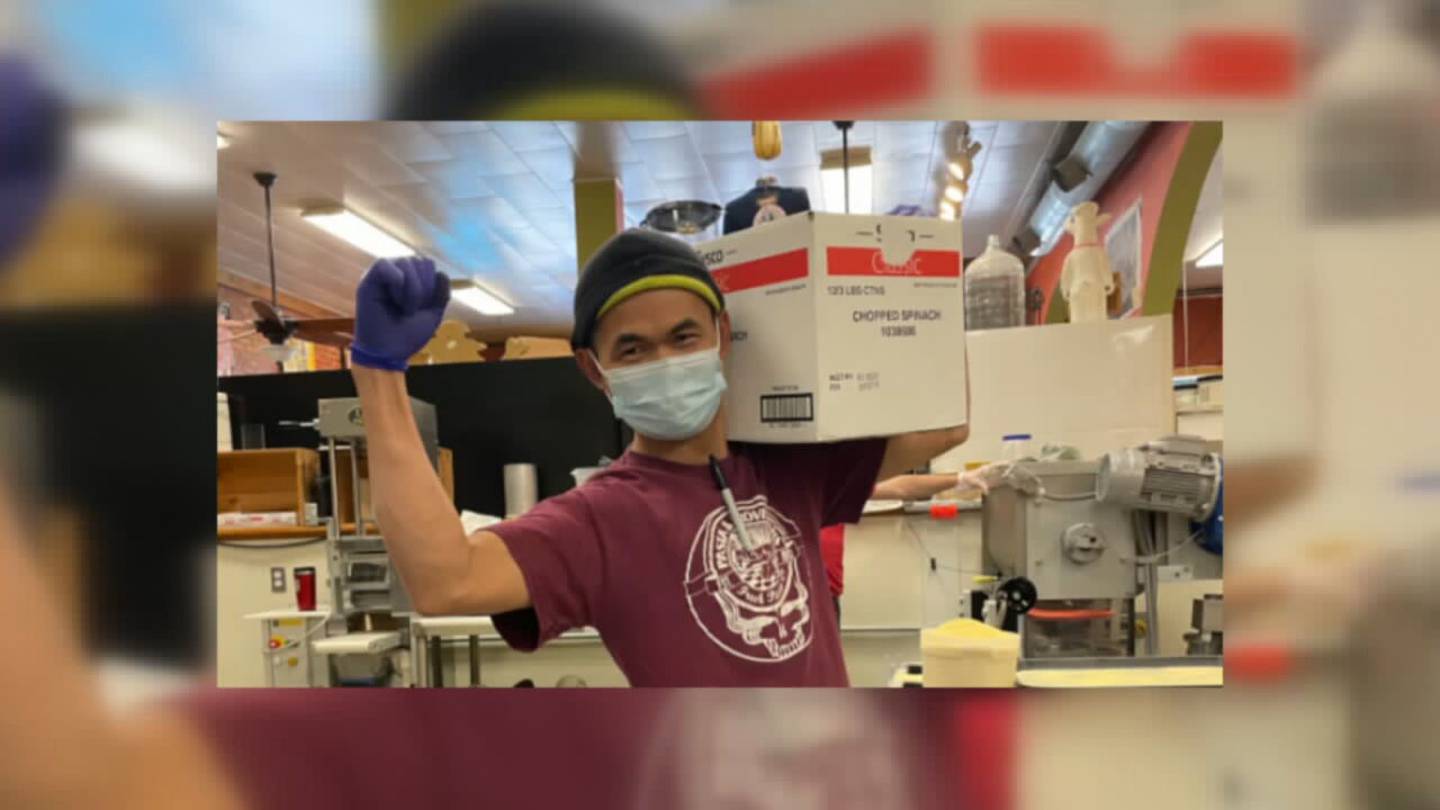 CHARLOTTE — There is incredible support for a Pasta & Provisions employee.

The community came together and raised thousands of dollars after a horrific accident left Thang Sum paralyzed on Easter Sunday.

You may not know his name or recognize his face. But chances are if you ate at Pasta & Provisions, Thang was the man behind your meal.

“Thang is an essential part of the process. He is the assistant of Agosostino, who has been our pasta maker chef for 28 years. Thang would have finally taken the role of Agosostino,” said Kevin Sherrill.

Sherrill said he started working with Thang in 2019 when he came from Myanmar as a refugee fleeing persecution in his home country.

Thang was later hired by the owners of Pasta & Provisions through the Carolina Refugee Resettlement Agency.

Channel 9’s Genevieve Curtis learned that on Easter Sunday, Thang was jumping on a trampoline with her nieces and nephews when he broke his neck. It was an injury that would leave him paralyzed.

“There are going to be significant medical bills. We’re talking about 24/7 nursing care right now and I don’t even know what those bills may be,” Sherrill said.

The owners of Pasta & Provisions have taken action to help Thang by launching a GoFundMe. They said they hope to raise $10,000 to help with the impending medical expenses Thang will face.

In less than five days, the GoFundMe has raised over $50,000 from regulars, community members, and those just touched by Thang’s story.

“It means the world. It really is. It’s special to see everyone come out and support. It feels good to be part of a local family business in Charlotte that does the right thing,” Sherrill said.

Pasta & Provisions said it has been feeding Charlotte for about 30 years.

The restaurant said that if food is the language of love it serves the community, then the donations that pour in certainly nourish the soul.

On GoFundMe, the owners posted an update, saying Thang was in the hospital worried about his job.

They said whenever he was ready, his job would be waiting for him.