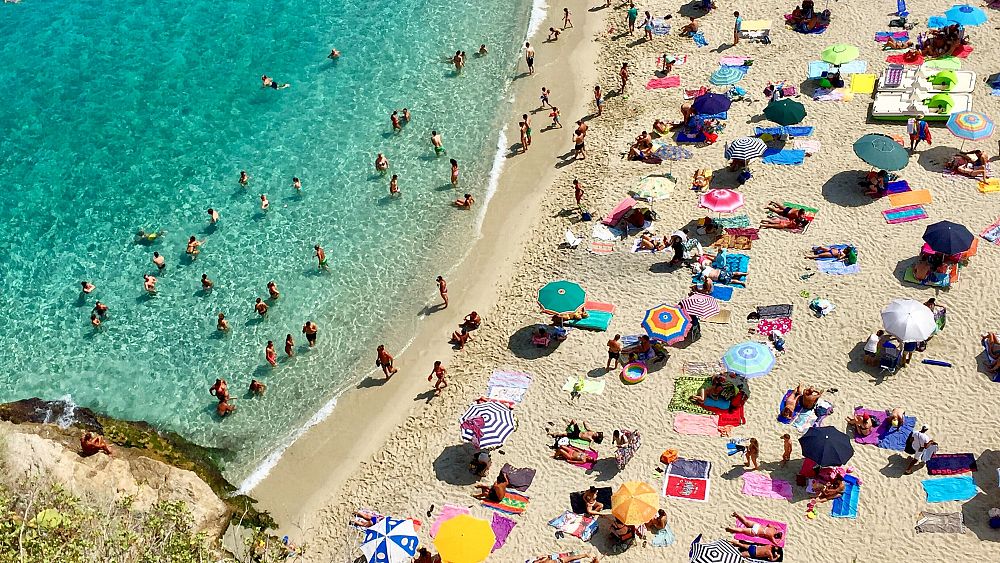 Cooking pasta on the beach: how to celebrate Italy’s biggest summer festival

August is officially holiday season in Italy. Traditionally, the townspeople leave for the beach in droves and businesses across the country close for weeks.

The break culminates on August 15 with Ferragosto, a major national holiday.

If you are traveling to Italy during the festivities, there are plenty of events to attend.

But it’s also worth knowing which places to avoid if you want to escape the crowds.

What is the Ferragosto vacation in Italy?

The Ferragosto Festival on August 15 marks the high point of summer in Italy.

The festival has its origins in the Feriae Augusti, the feast of Emperor Augustus established in 18 BC. During his reign, August 1 was declared a day of rest for workers in the agricultural sector after the work of the previous months.

Around the year 5 of our era, the Catholic Church felt the need to give a religious dimension to the feast and postponed the date to August 15, feast of the Assumption of the Virgin Mary.

Until recently, almost all businesses and industries in Italy closed for the whole of August and there was a mass exodus to the sea.

Now businesses limit closures to around two weeks, but it remains one of Italy’s most important festivities.

How do Italians celebrate Ferragosto?

The most traditional way to celebrate Ferragosto is to go to the beach. Many households decamp to the seaside for the entire month of August, and the 15th marks the peak of the holiday.

It is customary to have a big barbecue or an outdoor lunch on the beach with family and friends on Ferragosto Day.

This practice originated under the Italian Fascist regime. In the 1920s, the government organized Ferragosto excursions to the beach. They have set up special discounted train trips to the seaside so that even the working classes can afford a trip.

However, as organized excursions do not involve food, it has become common to bring a packed lunch. It evolved into an extravagant meal often involving surprisingly heavy dishes like baked pasta and stuffed vegetables.

Is everything in Italy closed in August?

Where once it would have been difficult to find an open restaurant in a town around Ferragosto, this is no longer the case.

In fact, a number of towns are now hosting events throughout August to cater to increased tourism. Some, like Rome and bolognahave set up open-air cinemas while there is a jazz festival in the Puglia town of Bari and an opera festival in Macerata in Marche.

On August 27, Melpignano in Puglia hosts the Night of Taranto, a festival celebrating traditional folk music and dance. In Siena, the famous Palio horse race takes place on the 16th.

Most major tourist attractions remain open, including the Uffizi Gallery in Florence and the Ducal Palace in Venice. One of the few exceptions is the Vatican Museums, which are closed on August 15.

How not to travel to Italy in August

The biggest travel mistake to make in August is driving. With people coming and going from the sea, Italian roads are a nightmare around Ferragosto.

The highways become much busier and the smaller roads that lead to coastal vacation hotspots often see heavy traffic jams.

The Italian government issues travel warnings each year to help motorists avoid peak hours. She publishes a calendar that codes the days by color according to the intensity of the traffic.

Weekends are often classified as red while the mornings of August 6 and 13 currently have a black warning.

In general, authorities advise against driving on Friday and Monday mornings.

2022-08-05
Previous Post: Bryson DeChambeau gets lost in Saudi sauce as he spouts bizarre pizzeria analogy with Bash PGA Tour
Next Post: A most tested pizza oven is 51% off