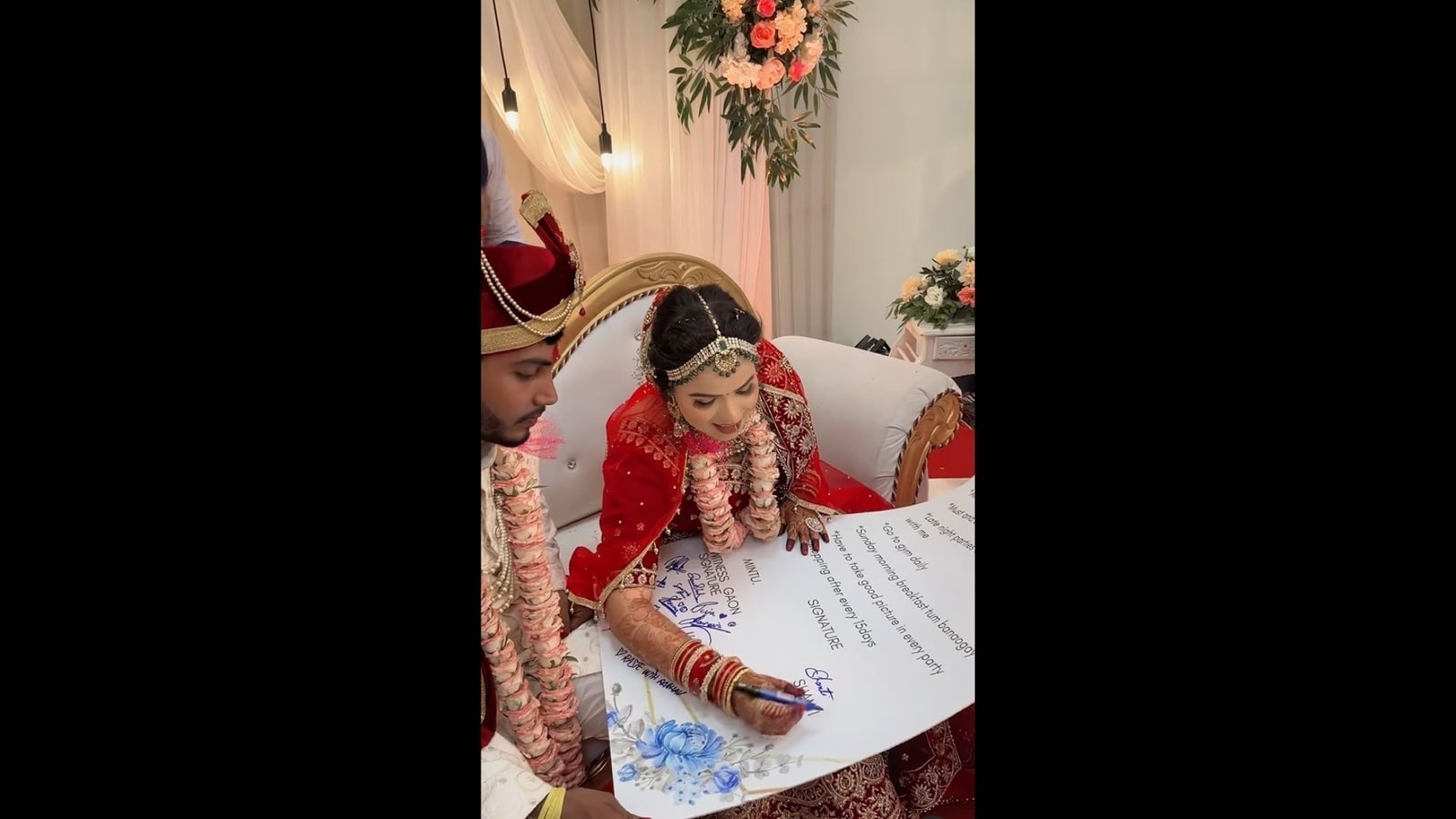 The video which shows the couple signing the prenup with pizza and sari conditions has gone viral with almost forty million views.

There are several videos online that feature couples in India breaking stereotypes at their weddings. For example, the groom wearing sindoor on his forehead, a female priest celebrating the wedding, or a bride on horseback and taking her baraat to the groom. Now, a video of a couple signing a marriage “contract” after their wedding has made the rounds on social media and has left netizens split.

The video was shared by an Instagram page named Wedlock Photography Assam. “Marriage contract”, they wrote in the caption of the video posted on Instagram. The video shows bride Shanti and groom Mintu signing a marriage contract. The prenup has a long list of do’s and don’ts, including one pizza a month and grocery shopping fortnightly.

Watch the video below to check the full list:

Since being shared a few days ago, the video has gained over 39.4 million views and over 1.9 million likes. The sharing also got people flocking to the comments section.

“Only one pizza in a month,” one individual commented with laughing emoticons. “Shopping after 15 days,” another pointed out. “It’s an expensive, high-risk investment,” joked a third. Many also tagged their future partners and asked if they wanted a similar deal.

Successfully subscribed to the newsletter

Thank you for subscribing to our Daily news capsule newsletter.

2022-07-11
Previous Post: The architect who designed Pizza Hut’s red-roofed restaurants has made a ton of money in an unusual deal
Next Post: Mumbai’s Toast Pasta Bar is your new route to Italy right now