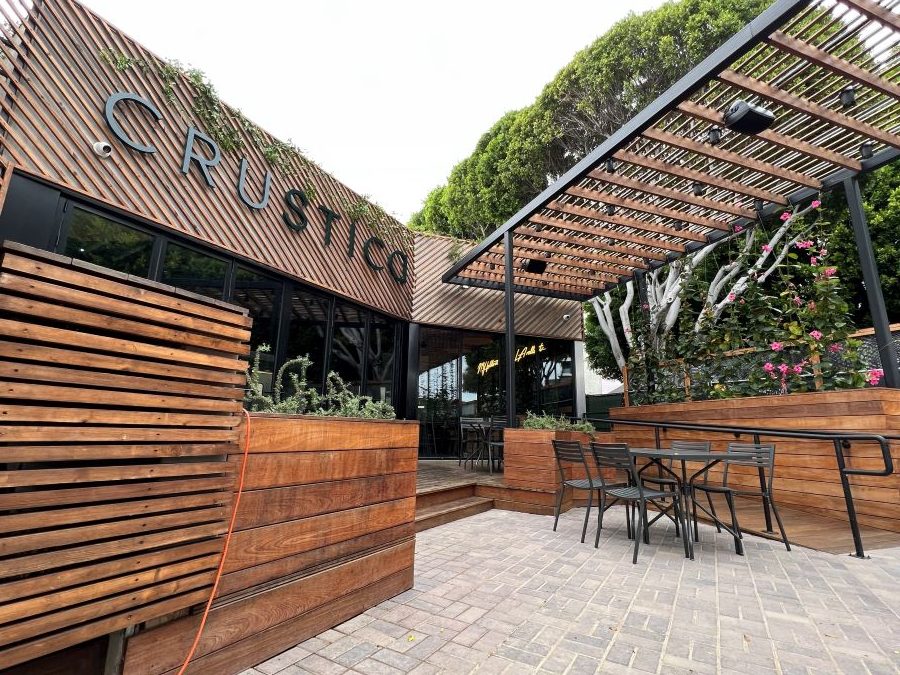 Crustica Pizza, located at 9045 Santa Monica Boulevard, is finally opening its doors in the city of West Hollywood this month. A sign was first put up at the site in 2018, promising a “new wave of pizza” would be coming to West Hollywood. Their website then projected a 2020 opening, but now construction is complete and the wait is over. On Monday, October 24, 2022, Crustica Pizza will open to the public on Route 66 (actual time has not yet been set but will be updated).

The new pizzeria is Nile Niami’s newest venture, offering a one-of-a-kind pizzeria. For those unfamiliar, Niami is one of the most wanted real estate developers, famous for building the largest house in Los Angeles, also known as The One.

With the slogan “New York folds it, Los Angeles rolls it”, the fast-casual pizzeria offers pizzas that you roll. Crustica’s menu includes a wide variety of savory and dessert pizzas, salads and homemade sodas. From mushroom pizza to meatball pizza and banana Nutella to fruit compote, this is one pizza you won’t want to miss.

What sets the pizza apart, besides the ultra-thin crust and new way to eat it, are the calories. You can order two pizzas at Crustica for the same amount of calories as a salad at other famous restaurant chains.

In addition to the normal menu, Crustica offers its seasonal white truffle pizza. It will be the second most upscale pizza in Los Angeles.

“We believe in bold innovation, the bold pursuit of better than, and better than,” reads a statement on their website. “As Italians, we believe the purest rendering of simple, fresh ingredients is the maximum expression of cuisine. As Californians, we believe food is only as good as it makes you feel. Pizza should be a staple, not a splurge, so we’ve never been afraid to break with tradition. We sincerely believe that pizza is the perfect food, and it’s never been done better. We pride ourselves on making the best pizza you’ve ever tasted and the best you’ll ever taste.