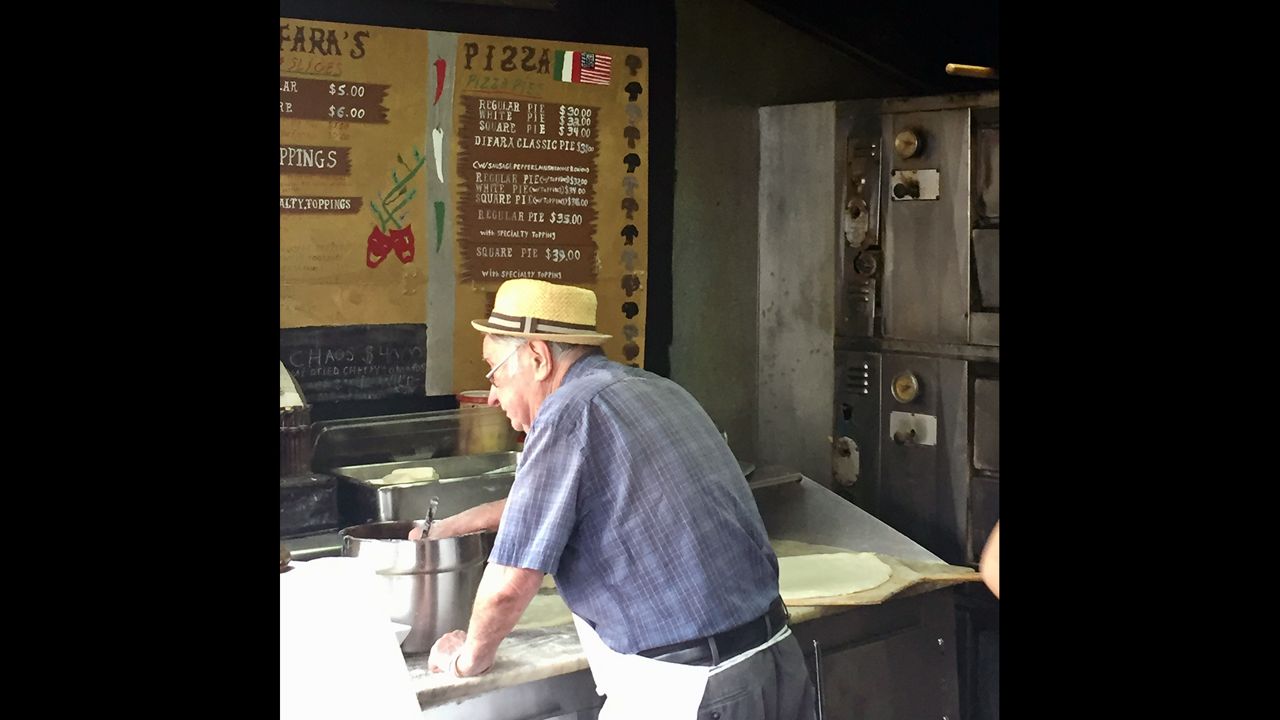 “It is with a broken heart that I must share this [De Marco] left my mother, my brothers, my sister, myself and everyone who loved him because it was his time,” she wrote. “My dad ‘Dom’ was 85 and all our hearts will be broken.”

“My world revolved around my father. I’ve worked with him since I was little. He took me to Italy every summer until I was 19 [years] old,” she added. “He was the hardest working man I know and he was a leader and will remain so through his legacy.”

De Marco, originally from the province of Caserta in Italy, moved inside the storefront at the corner of East 15th and Avenue J in Midwood in 1965, according to Di Fara’s website.

For decades, he made every pizza the restaurant served by hand, using ingredients imported directly from Italy, according to the site.

His work paid off, with the restaurant frequently taking first place in roundups of the best pizzas in the five boroughs. Its fans include former mayor Bill de Blasio, who once called it “THE best pizzeria in New York.”

Making pizza was a passion for De Marco, he told The New Yorker in an interview published in 2017.

“I guess I like what I do, you know, because I don’t like to sit around doing nothing, you know,” he said. “You have to do it with your heart, you see. If you don’t like it, don’t – that’s it. That’s how I see things, you know.