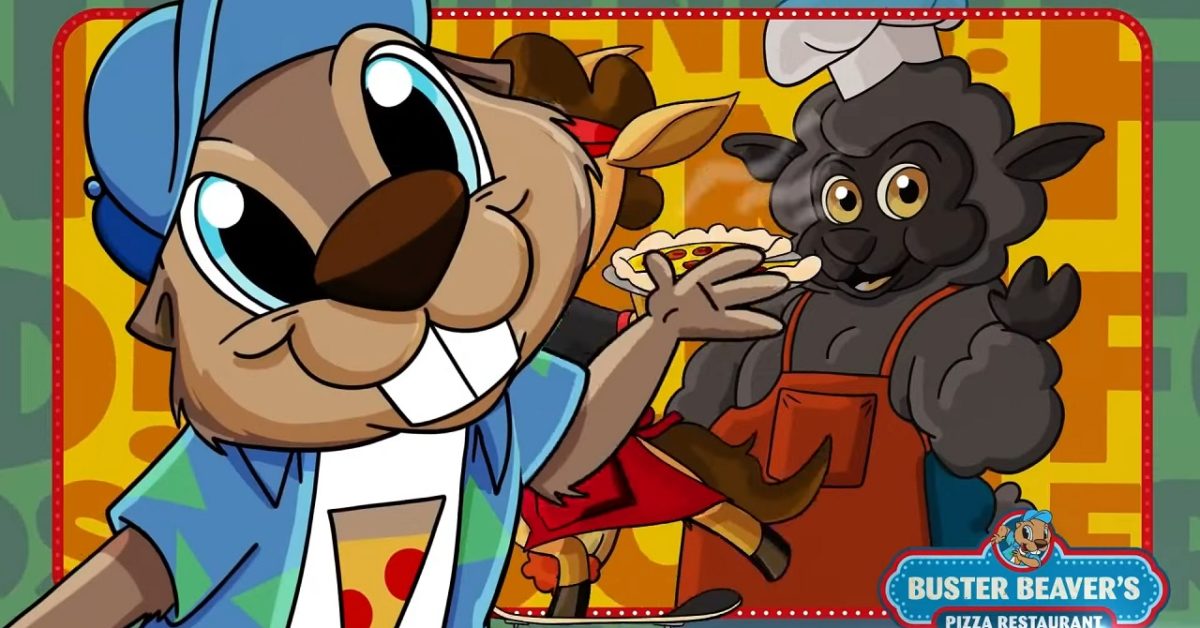 In honor of National Pizza Day, the less-than-good folks at Vought International have shared an ad showing their appreciation for all the food and fun Buster Beaver’s pizza chain has been providing families for years. If that name sounds familiar, it should. The latest edition of VNN’s “7 on Seven” with presenter Cameron Coleman (Matthew Edison) gave us our first glimpse of the restaurant, so it seemed only fitting that it would resurface. But then The boys showrunner Eric Kripke saved with a bit of third season info that we didn’t see coming. And while we thought Buster Beaver was just another example of the show’s impressive “meta” campaign on social media, it turns out we should keep the establishment in mind. “I can exclusively reveal that Buster Beaver and his Pizza Pals are pivotal to the Season 3 storyline. I won’t ask any more questions at this time,” Kripke wrote cryptically Wednesday night regarding the re-edited look.

Now here’s a preview of the commercial for Buster Beaver’s – and be sure to sign up to become a member of the Buster’s Pizza Pals Club:

Now, here’s a breakdown of not only the teaser that was released last month, but also the latest/final episode of VNN’s “7 on Seven” – and trust us when we say there was a ton to unpack. this time :

Naturally and terribly worried, Colby MinifyAshley Barrett watches Starlight (Erin Moriarty) and Homeland (Antoine Starr) participate in a photo shoot. For Starlight, it’s about seeing her status on The Seven and within Vought rise in light of the Stormfront (Aya Cash) breakup. But for Homelander, it’s part of a PR campaign devised by Vought to help the leader of the Seven repair his image. But after losing the woman he loves and watching his nemesis walk away with his son, how well will Homelander make his apology rounds before snapping? It’s this concern that we see on Barrett’s face, and for very good reason considering how Homelander’s face looked before the teaser cut the Season 3 premiere date reveal card.

Segment #1: The annual Vought Heroes Draft is underway (which means we have a direct link to the next spin-off series), with Godolkin University’s best and brightest learning who got and didn’t get of contracts to be Vought-sanctioned supes and where their bases of operation will be (with Miami, Cleveland, and Los Angeles some of the in-game locations). Goldolkin U’s junior Golden Boy is looking to be the top prospect for next year’s draft.

Segment #2: Vought’s miniaturizing supe, Termite, has a new romantic comedy on Vought+, with Pocket novel. And while we don’t learn much from Coleman other than the film’s backstory, we can’t help but think that Termite and Vought+ are two things we should point out later.

Segment #3: Vought’s Trenton, NJ supe Blue Hawk (Nick Wechsler) gets her own reality show, Red, white and blue justice. Barrett is quoted in the segment as saying that Vought hopes the series will do for supers in the minds of viewers what other shows (like FOX’s COPS) made for law enforcement.

Segment #4: Now we come to Coleman’s exclusive interview with Federal Bureau of Superhuman Affairs (FBSA) Hugh Campbell to discuss the agency’s practices and whether it was set up to help or hinder supes. At first, we were worried it wouldn’t go well, but one thing the segment showed was how much Hughie has matured between seasons. In fact, it was more “Mr. Campbell” than Hughie, firing back, not backing down, and forcing Coleman to cut the interview short after Hughie pushed back on claims that Ezekiel (Shaun Benson) was a “victim” of the FBSA.

Commercial: An advertisement for Buster Beaver’s Pizza Restaurant (think slightly more twisted Chuck E. Cheese), but don’t bother trying the website because (at least for now) it just takes you to the page of the broadcast on the Amazon website.

Segment #5: Laurie HoldenThe former Payback member announces that she is opening Crimson Countess’ Chimp Country, a chimpanzee sanctuary, education center and retreat. Looking to break new ground outside of New York this year, Crimson Countess is looking to raise money by offering fans various options, including a chance to watch her record her next single, “Chimps Don’t Cry.”

RECENT NEWS: Two new members of The Seven will be decided on the reality show Vought american hero, where 10 super-powered individuals will compete to see who remains standing for the two coveted spots. The full roster includes Luckless, Livewire, Jet Streak, Europa, Moon Shadow, Lonestar, Critter, Silver Kincade, Pitstop, and former band member Supersonic (Miles Gaston Villanueva). Starlight will be hosting and the contestants are currently living in the house as filming is already underway.

Segment #7: Coleman uses the occasion of Homelander’s keynote address to Vought International shareholders as a springboard for a tirade accusing the “liberal media” and the public of not showing enough compassion and gratitude to the leader of the Seven. Given what we saw in the previous teaser, could this be Vought’s attempts to stop Homelander from losing his collective and going off the grid? Even as his “apology tour” continues, are audiences being subtly warned not to push the mega-supe too far?

Final comment: So it would appear to be the final “7 of Seven” segment, but Coleman will return with The Cameron Coleman Show… Coming soon! So you have been warned…