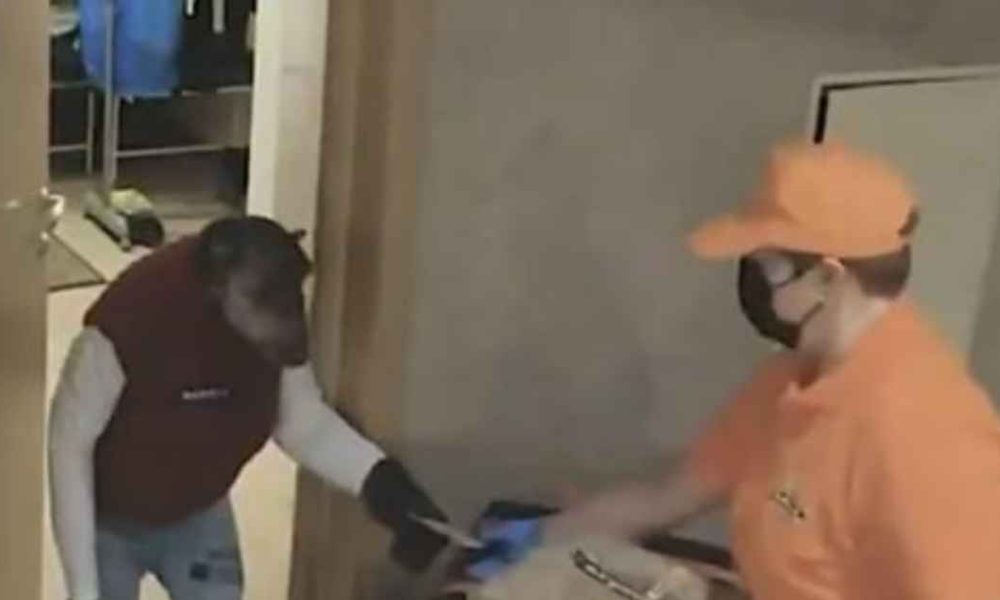 Have you seen a chimpanzee pay for pizza delivery?

In the video, the Pakistani Prime Minister can be seen struggling to put on his headset because the device could not be placed on Sharif’s ears, after which he asked for help. As the dialogue between the nations began, Sharif’s earpiece fell out of his ears again, causing an audible laugh to escape from the Russian President.

Since then, the Pakistani PM has come under heavy criticism on social media where, largely, workers from former Pakistani Prime Minister Imran Khan’s party proclaimed the incident a disgrace to the country. .

After Covid-19 impacted and forced everything onto virtual platforms, the 2022 SCO Summit was the first in-person meeting in SCO history. The summit will see participants from eight member countries, including Prime Minister Narendra Modi.

The SCO is the successor to the Shanghai Five, a mutual security agreement formed in 1996 between the People’s Republic of China, Kazakhstan, Kyrgyzstan, Russia, Tajikistan, and later extended to Pakistan, India and Iran afterwards.

During the Russia-Pakistan dialogue, Putin told the Pakistani Prime Minister that Russia is ready to expand gas supply to Pakistan as the necessary infrastructure is already in place. Russia and Pakistan have other ambitious projects underway, mainly in the energy sector.