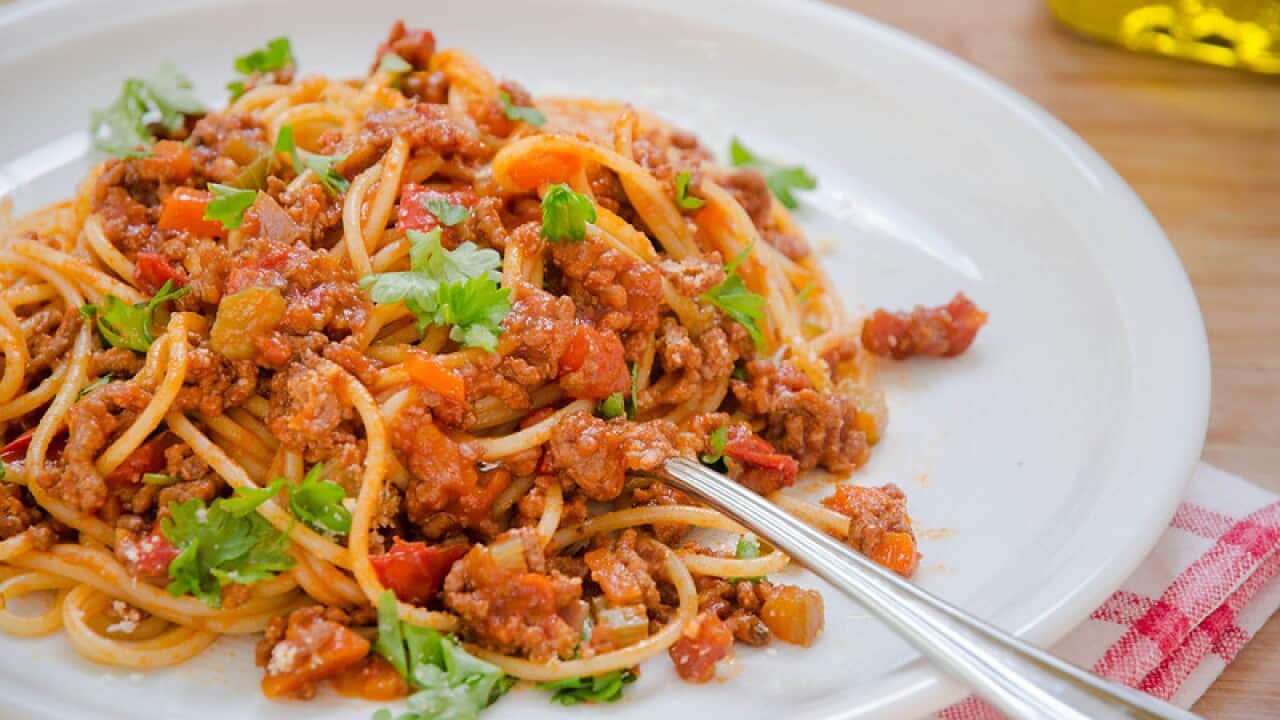 By: Ron J. Baker
In: Italian recipe
Food writer Jill Dupleix’s Italian-Australian Spaghetti Bolognese was named Australians’ favorite homemade recipe of 2019 in the Good food guide.
“The idea of ​​pasta or noodles with meat sauce is one of the most popular dishes in the world, not just in Australia,” Ms Dupleix told SBS Italian.
“But so many Australians have grown up with it, that it’s now our comfort food as well as Italy’s.
“I remember my mother cooking it on the farm where I grew up, using the only dried pasta available at the time (number 1 size spaghetti) and minced meat of lamb because it was a sheep farm.”

The idea of ​​pasta or noodles with meat sauce is one of the most popular dishes in the world, not just in Australia.

“Because that’s the thing about a great recipe wherever it travels – people love it and make it their own.
“Luckily for us in Australia, we had so many Italians [who have] have come to live here over the years that we have adopted and adapted their wonderful ways of eating – as we have with all the other cultures and cuisines we come across,” continues Ms. Dupleix.
Today, the recipe is enjoyed in almost every restaurant in Australia and originates from the Italian Ragù Bolognese.
For Italians, culinary traditions are so serious that some recipes are patented and Ragù Bolognese is no exception: the exact recipe is registered with the Bologna Chamber of Commerce.
But how does Spaghetti Bolognese differ from the original recipe from the Italian city of Bologna, Tagliatelle al Ragu?
Piera Pagnoni, chef at King and Godfree (Melbourne), was born in Bologna and grew up in a family with a long tradition of making fresh pasta.
“First of all, I’ve never eaten spaghetti bolognese in my entire life.. Australian Bolognese is what we call Ragù bolognese or pasta sauce. We don’t use herbs, spices or garlic,” says Pagnoni.
“You use the sauce for the tagliatelle and not for the dry pasta.”

I believe there is room for tradition as well as innovation, if the ingredients are fresh and of good quality.

Of the Australian version of the original Italian tradition, Pagnoni said: “I think there is room for tradition as well as innovation, if the ingredients are fresh and of good quality. that some Italian “classics” should be respected and not distorted.”
Ms. Dupleix says she also believes that evolution is important.
“Good food, like language, will continue to evolve. Mind you, I officially called this an Australian/Italian version for those purists, in case they didn’t know I knew I was bending the rules!.
“I sincerely hope that true Italian foodies are proud that so many different countries love their traditional dishes, even as they adapt those traditions to their own tastes.”