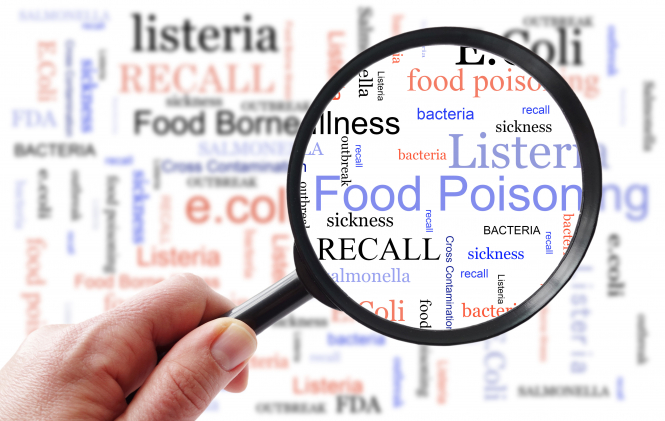 How do food recalls work in France?

Earlier this week chocolate factory Ferrero recalled several of its Kinder products in France and other countries just under two weeks before Easter due to links to salmonella.

Also this week, several types of cheese, including Brie, Camembert and Coulommiers, were recalled from supermarkets such as Auchan, Leclerc, Super U and Carrefour due to a potential listeria risk.

On Friday, April 1 (and sadly it was no joke), a mass recall of several types of breads was announced due to products containing amounts of a chemical above regulated levels.

And last month, frozen pizza brand Buitoni (owned by Nestlé) recalled its entire range of Fresh’up pizzas from stores due to a risk of Escherichia coli (E. coli) bacteria in the dough.

We take a look at how recalls work in France, who issues them, which authorities are involved in investigating hygiene standards and how many recalls there are.

How many recalls are there and which products are affected?

Several thousand product recalls are in place at any time in France.

As of today, April 7, 5,291 products are listed on the government’s product recall platform, RappelConso. Of these, 4,388 are food or beverage products, while the rest are products related to automobiles and transportation, electronics, home furnishings, and more.

Breaking down food products further, there are 1,731 milk and dairy products on the recall list, 567 meat products, 295 bread and bakery products, and 363 diet and nutrition products, among others.

RappelConso was launched in France in April 2021 to improve communication and transparency between producers, traders and consumers.

Its existence has made it easier for media and consumers to track recalls, putting more emphasis on the subject.

Who checks products for health risks?

There are many different levels to this.

On the one hand, companies – for example supermarkets – have an obligation to carry out checks on their products and to share information if they detect health risks.

They are also required to ensure compliance with hygiene standards throughout their supply chain, explained to Franceinfo Karine Jacquemart, director general of the NGO Foodwatch France.

Consumers themselves can also report risks via the SignalConso consumer complaints service website.

Otherwise, the government and government-related authorities also carry out checks on the products.

This is mainly ensured by the Directorate General for Competition, Consumer Affairs and Fraud Prevention (DGCCRF).

But food safety and hazard surveys can also come from other sources.

In 2019 (latest figures), 6,000 officers from different public bodies carried out 144,000 checks on sites in France and 126,000 checks on imports, says a report from France’s National Multi-Year Official Control Plan.

There is also the scientific side.

Medical laboratories across France are also testing samples from patients with bacterial diseases, for example examining strains of E. coli, Shigella or Salmonella and sending the results to the National Reference Center (CNR) of the Institut Pasteur.

If a microbiologist notes the appearance of genetically identical strains, he sends a report to the epidemiologists of the public health authority Public Health France (SPF), who can order an investigation, told Franceinfo Sophie Lefèvre, deputy director of the CNR. .

What happened in the case of Buitoni pizzas and Kinder chocolates?

It is thanks to medical laboratories testing samples that the risk of E. coli in Buitoni pizzas has been discovered.

The SPF and CNR investigated an increased number of infections and linked it to frozen pizzas.

The investigation into Kinder chocolates instead began in the UK, Ms Lefèvre said.

The FPS and CNR have been contacted by UK health authorities informing them of an outbreak of salmonella in the country and asking if the same is happening in France.

The CNR then investigated and found human strains of salmonella identical to those found in the UK, leading Ferrero to issue a recall on its products on April 5.

What happens after a reminder is issued?

The DGCCRF will intervene to ensure that there are no longer any risks concerning the recalled product.

In the case of Buitoni pizzas, two checks were carried out in a factory in Caudry (Nord) on March 22 and 29.

They revealed “a degraded level of food hygiene standards, which justified an order to stop industrial production activities in the factory”.

The inspectors also underlined “the presence of rodents”, as well as a “lack of maintenance and cleaning of the manufacturing, storage and transit areas”.

Recall alert: Recall of cheeses from French supermarkets due to a risk of listeria

2022-04-07
Previous Post: Kerala Homemaker processes all parts of jackfruit into 400 products
Next Post: Alex’s Pasta Bar will donate all proceeds to Ukraine