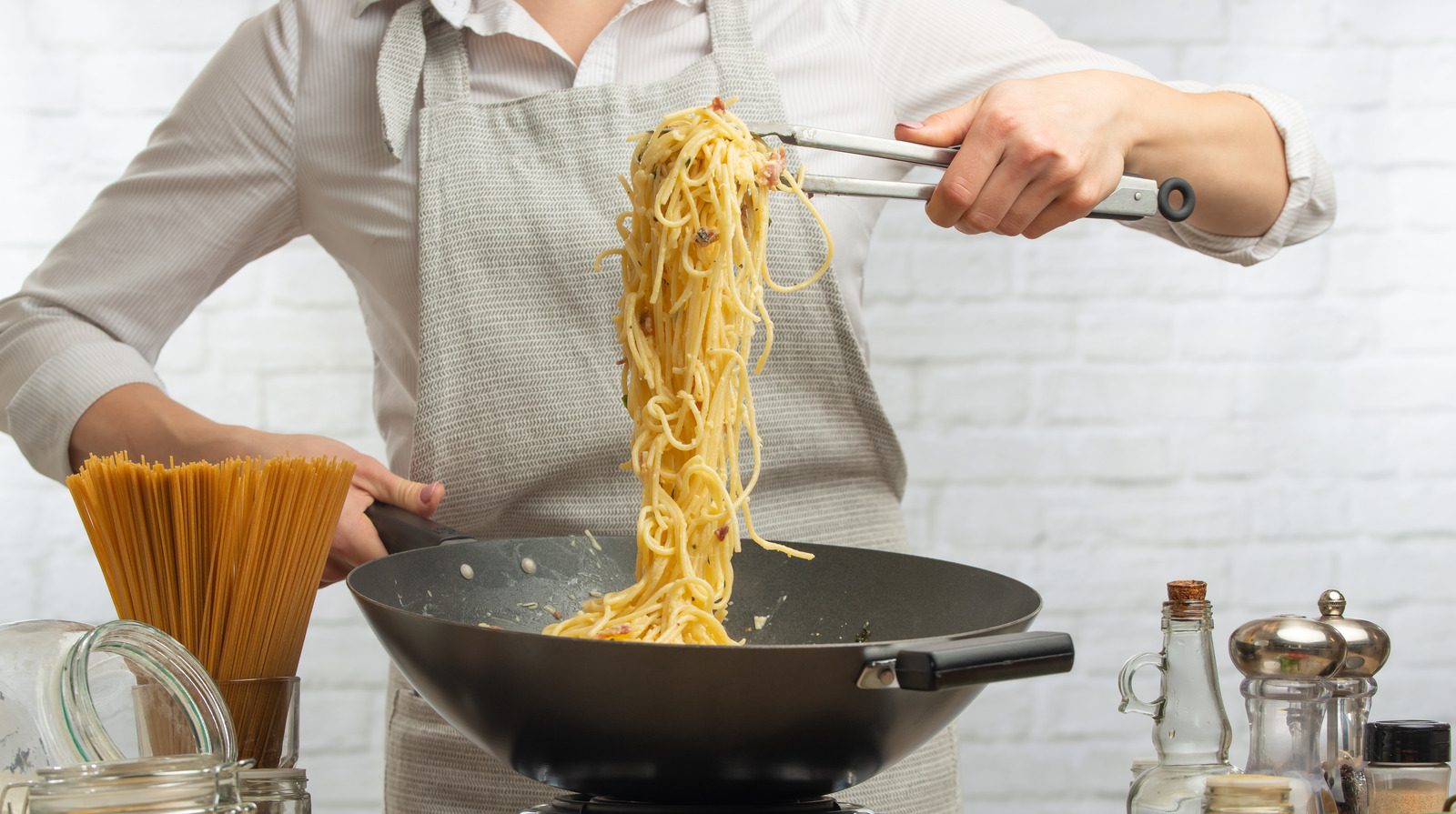 How to keep pasta from sticking, according to a chef

Americans consume more than 6 billion pounds of pasta per year (via Made with taste), it is therefore important to know how to cook this basic dish correctly. In an exclusive interview with Mashed, Lorenzo Boni, Executive Chef at Barilla, explained his best practices for cooking pasta. To prevent the noodles from sticking to the pot, he suggests getting a good quality pasta made from durum wheat which will reduce the amount of starch released into the water, then using plenty of water (1 gallon per packet is recommended, per Boni), and also increase the heat to ensure the contents of the pot come to a boil. If the water boils furiously, the pasta can move more, so it’s less likely to stick to itself or to the pan.

Another way to prevent noodles from clumping is to not let them drain too long in a colander. “Be quick and never let the pasta sit in the colander while waiting for the sauce to be ready. It should be the other way around. The sauce should be ready before the pasta is cooked, so it can be combined immediately” , Boni said. He also mentions that it’s important to stir right after adding dry noodles to the pan, and then every two to three minutes from there. Boni adds that if you have the right ratio of water and the boil is hard, you won’t have to stir as often either. Cooking pasta isn’t rocket science, but it’s always nice to have a refresher from the experts on how to make a delicious dish even better.

2022-01-05
Previous Post: For a tastier pasta, grill the noodles
Next Post: Montreal family fights Alzheimer’s disease with the power of pasta – Montreal