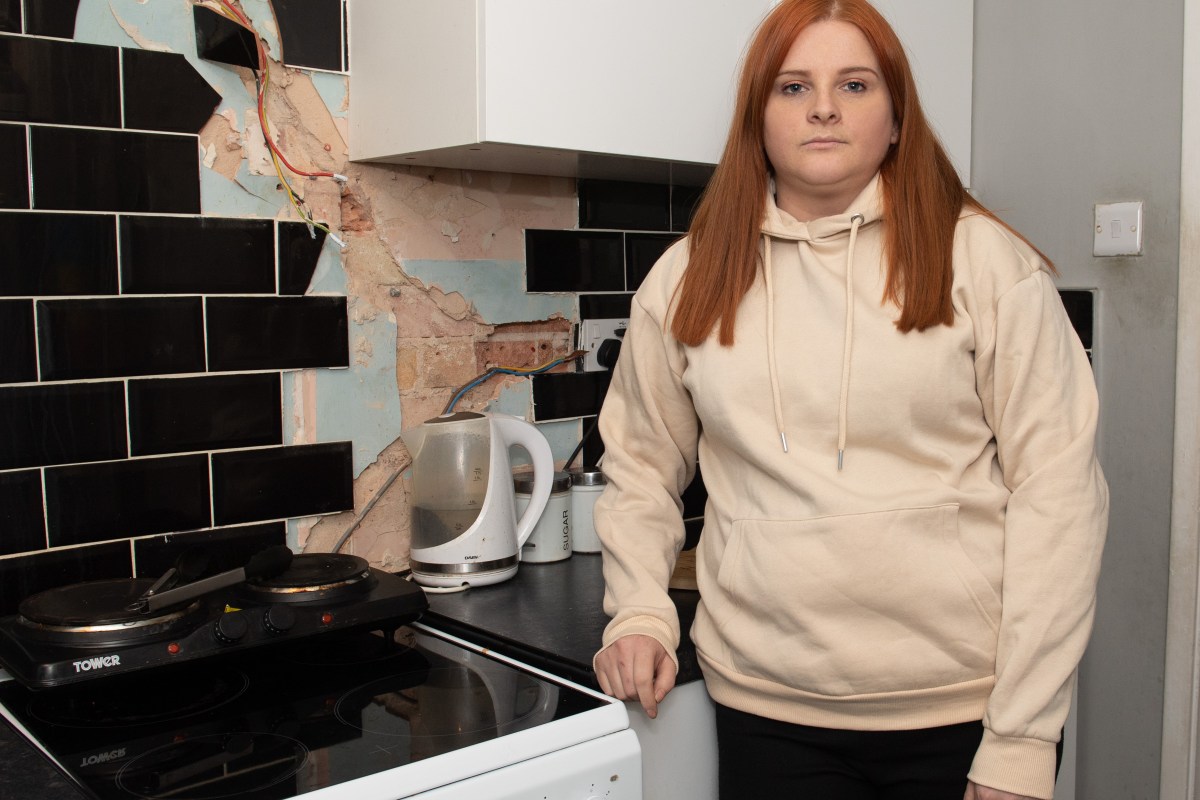 A MUM OF TWO has revealed her family had to survive on pasta and chips for SIX WEEKS after their oven broke down, leaving her ‘stressed and upset’.

Sophie Murphy, 31, a sales clerk from Kings Norton, said she could not afford to continue buying takeaways during the six-week wait for Birmingham City Council to fix the oven.

Miss Murphy and her husband says Birmingham Live that they made do with a borrowed microwave, an AirFryer and a campfire hob to feed themselves and their two children, aged four and twelve.

The oven has been out of order since before Christmas after a fuse blew on Monday December 20.

Miss Murphy says fries, chicken nuggets and pasta are ‘everything you can really cook without an oven’.

During the weekend, she has to try to cook for five children and two adults without a stove because her husband’s other children are joining them for two days.

Miss Murphy said: “I’m so stressed and upset about the situation. I can’t afford to pay for an electrician myself.”

A Birmingham City Council worker came to their family’s home on Christmas Eve but the oven was left broken with exposed wires when they realized it was a bigger job than expected.

Miss Murphy’s son is being diagnosed with autism and is ‘very picky with food’.

This makes it more difficult for her parents who say there is very little food they can cook until the oven is fixed.

Miss Murphy added: “They (the council) said they would email someone to do the job. They said ‘Someone will get back to you within 24 hours’ and they don’t. never.”

Birmingham City Council apologized for the problem and promised to have the oven replaced as soon as possible.

A spokesman for the authority said: ‘We are sorry for the problems caused by the failure to repair the tenants’ broken cooker. A housing officer will ensure that it is replaced as soon as possible.’