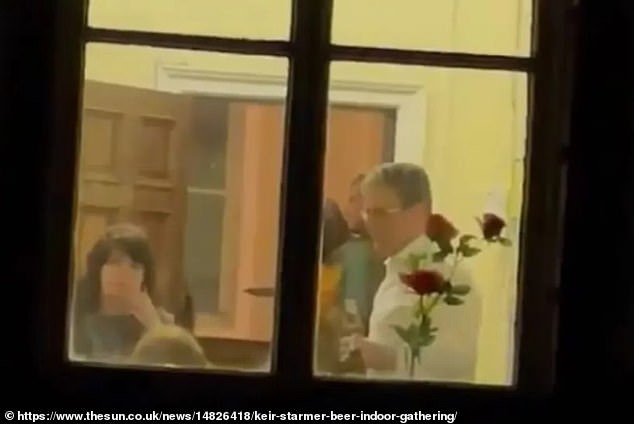 By Martin Beckford and Jason Groves for Daily Mail

Yesterday Sir Keir Starmer was again forced to deny breaking the law by drinking beer and eating pizza indoors with colleagues during lockdown.

The Labor leader reacted angrily when asked by the BBC if he felt lucky to have escaped a police fine, given that Rishi Sunak was penalized for briefly attending a birthday party for Boris Johnson.

Appearing on BBC1’s Sunday morning show, Sir Keir accused host Sophie Raworth of asking him ‘seven times the same questions’ before continuing: ‘Police have investigated, this is the end of it’.

‘I have nothing to add. There is no equivalence.

Denial: Sir Keir Starmer was pictured having a beer with colleagues in 2021 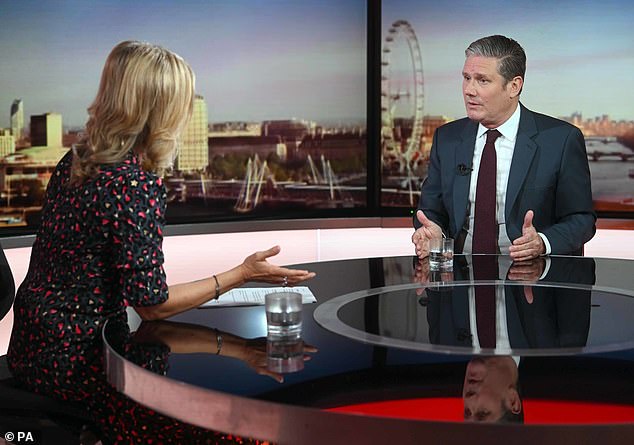 She described how the Chancellor was given a £50 fixed fine notice for entering the Cabinet Room for a meeting in June 2020 and ‘finding people there celebrating the Prime Minister’s birthday’, although did not drink alcohol at an event that lasted ‘a few minutes’.

She continued: ‘You will remember you and I talked about a picture of you drinking beer at a constituency meeting in Durham.

“It was at a time when this kind of gathering was not authorized by law. Do you think it’s so different?

Sir Keir replied: “I don’t know the details of what the Chancellor was doing.”

Miss Raworth continued: ‘I’m just asking for the comparison between the Chancellor and the fine he received, and the time you were in Durham, you were drinking beer. It is during the municipal elections.

“You briefly stopped working, ate and drank beer with co-workers, which actually wasn’t really allowed by law at the time.” And I just wonder if you feel lucky?

He interrupted me: “Wait, wait, Sophie, I don’t accept that. I think the last time I was on your show, or the one before, you asked me the same questions seven times.

Warned it hadn’t been seven times, Sir Keir said ‘it doesn’t matter’ before continuing: ‘Police have been investigating, that’s the end of it. I have nothing to add. There is no equivalence. 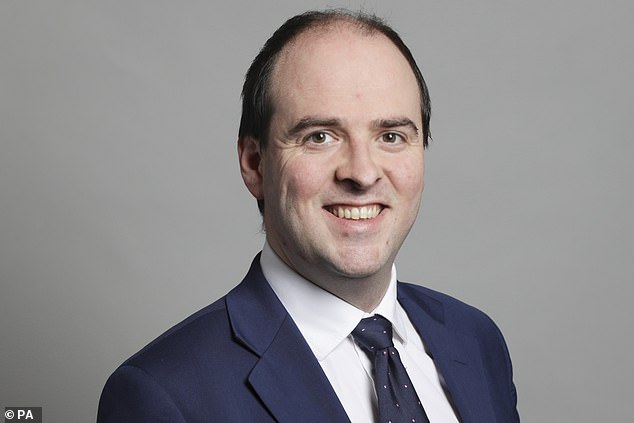 MP Richard Holden, pictured, who wrote to Durham Police Chief about the matter, said last night: ‘It’s time Sir Keir Starmer was clear. He has to admit it was really a ‘campaign’ visit rather than this ridiculous suggestion that he was ‘working’.

But Tory MPs are demanding more answers from the Labor leader, along with a full police investigation.

Richard Holden, who wrote to the Durham Police Chief about the matter, said last night: ‘It is time Sir Keir Starmer stood up. He has to admit it was really a “campaign” visit rather than this ridiculous suggestion that he was “working”.

“He has to tell us who was there. And why doesn’t he think Durham Police investigated the incident when the Met did under identical circumstances in London.

“That cannot be one rule for Sir Keir Starmer and Labor politicians and another rule for everyone else.”

He said Durham City MP Mary Foy was ‘clearly pictured’ in the photo taken in his office on April 30 last year.

Mr Holden added that it was also suggested that Joy Allen, who was at the time a candidate to become the region’s police and crime commissioner, was also present alongside Labor activist Nigel Bryson, who is now his deputy.

But a Labor Party spokesman said neither Ms Allen nor Mr Bryson were present at the rally. They could not be reached for comment.

2022-04-25
Previous Post: Showed how to cook “Italian pasta” (video)
Next Post: A Day in the Life of Lindsay Davis, Head of Markets at Atomic – Tearsheet