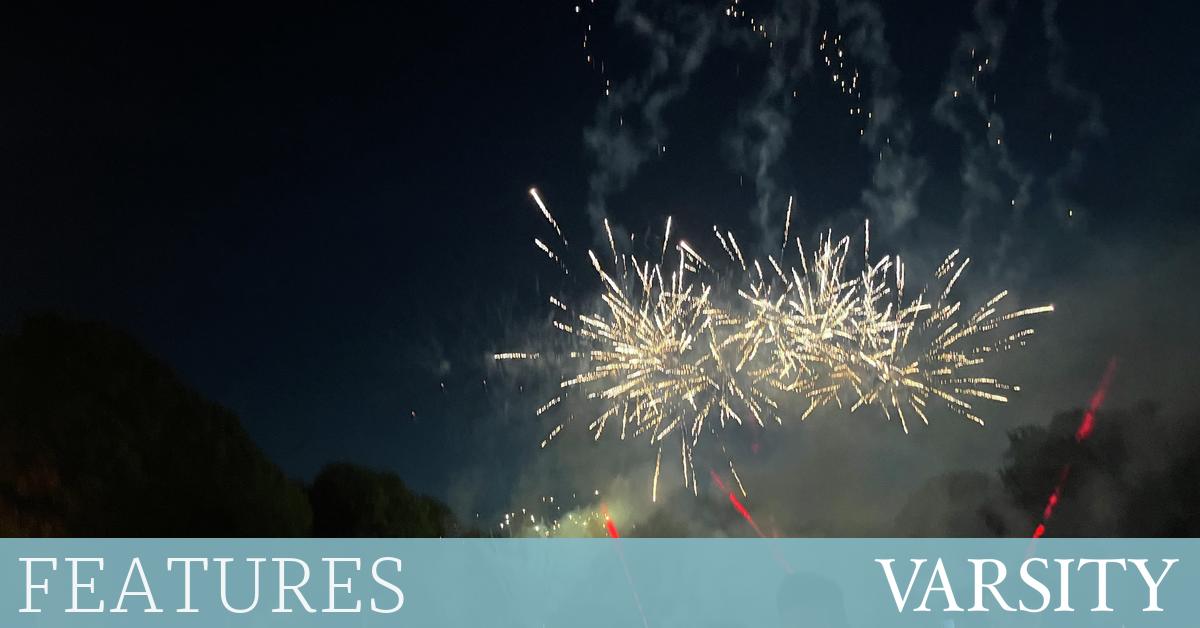 Law and Cold Pasta: Working at the Trinity May Ball

As a freshman, I was both intrigued and excited by the prospect of May Balls. Having heard only tales of glamour, beauty and decadence – and yet unable to afford the high prices of most – I rushed to sign up to work in as many as I could. The work was promoted on student pages like Camfess as a way to experience the ball without the prize. Google Form after Google Form has been eagerly filled.

While I was working at several other June events, nothing was as exciting as the prospect of working at the Trinity May Ball – with a budget in the hundreds of thousands and dazzling fireworks, I wanted a taste of the glamor without the price of £225.

Trinity May Ball was unique, in more ways than one. Working at this event showed me another side of Cambridge – a side of wealth, snobbery and rights that I had heard about but hadn’t experienced during my year at university. My experience has made Oxbridge stereotypes like those about liquor companies, populated by former Eton students burning money in front of homeless people, much more believable.

The organization of the ball itself was chaotic – committee members were aloof and dismissive as they ordered workers to stay in the break room and refrain from “stealing food”. After being promised two hot meals throughout our 12 hour shift, we were greeted with a tub of warm penne pasta and tomato sauce. At 3 am when I had my break there was only cold pasta left. One worker told me that he was “denied a banana in the workers’ hall and had to deal with a lack of support from the committee.” Pancakes, sushi, bao buns, desserts and the culinary extravaganza experienced by guests were firmly forbidden to us.

It was not just committee members who treated us with disdain. Guests deliberately smashed champagne glasses for fun and left us to clean up the shards. When telling a guest not to take their drink in a certain area, I was faced with the incredulous question “don’t you know who I am?”. Another guest asked me if I could do something about the ‘normal people’ who had gathered in rowboats on the river to watch the fireworks – because ‘they didn’t pay for it “. Another Trinity alumnus, on learning that I was going to a college on the hill, laughed at me and suggested that working prom was the only way I could get in. We all entered the same university – but the superiority of the guests seemed not to think so. The way guests disrespected workers and members of the public was truly shocking.

It’s not just me who has had this experience. Many of my colleagues had a similar one. Another first-year worker told me that Trinity May Ball proved all the stereotypes they had heard about Cambridge before coming. They said they had “never felt more uncomfortable and out of place at this university” than working that evening.

Other May balls were much more welcoming to student workers. At the Pembroke May Ball, committee members were constantly contacting us, reassuring us and asking if we needed anything. In Pembroke, as in Corpus and Emmanuel, student workers were able to skip the huge lines for food trucks to eat during our 30 minute breaks. Other May balls might have been as disorganized, but none of the others were treated with such contempt. Before coming to Cambridge, I had heard of the reputation of colleges like Trinity – and that night it lived up to the stereotype.

Working at Trinity May Ball was truly a shocking and eye-opening experience. Paying several hundred pounds to attend a ball doesn’t give you the right to be rude to those who work tirelessly to make the evening more enjoyable. For the wealthiest of all individual colleges, Trinity truly shows that there are things money can’t buy – respect, decency, and care. There is one he does: the law.

Varsity has contacted the Trinity May Ball Committee for comment (02/07).

We are therefore almost entirely dependent on advertising for funding and expect to have a few difficult months and years ahead.

Despite this situation, we will be looking for inventive ways to seek to serve our readership with digital content and of course in print!

Therefore, we ask our readers, if they wish, to donate from as little as £1, to help cover our running costs. Thank you very much, we hope you can help us!