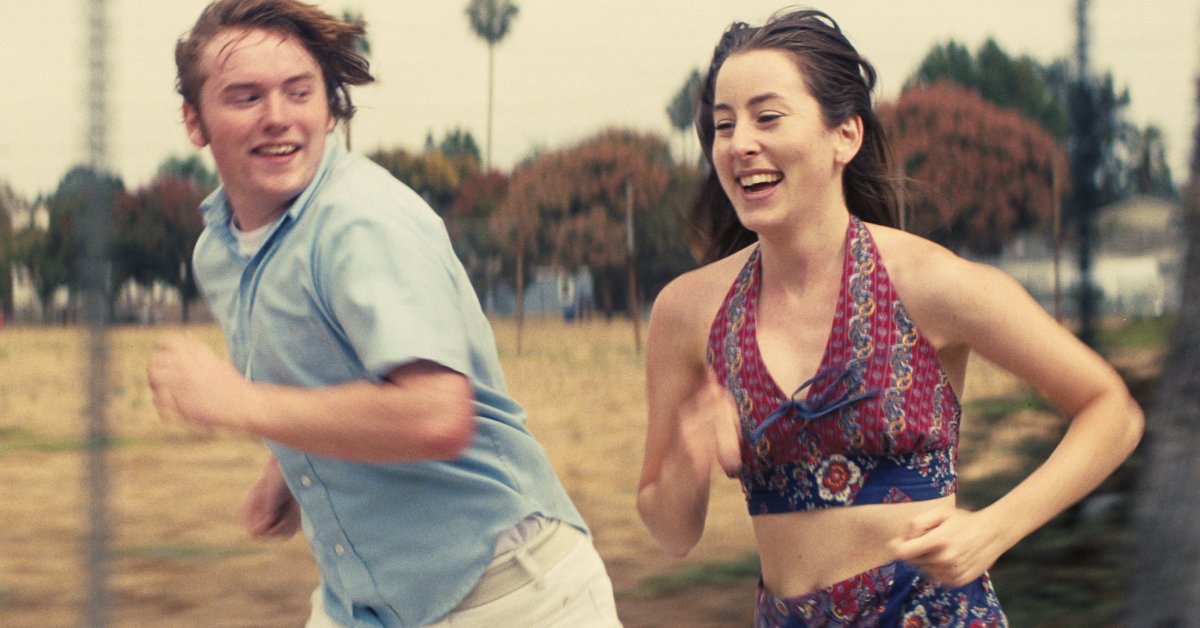 Licorice Pizza, a coming-of-age comedy set in 1970s Los Angeles, was criticized for including controversial scenes in which a white character uses a racist accent to impersonate his Japanese wife. Critics and audiences have questioned whether the scenes simply portray a racist character or are racist as a whole since the film’s release in November 2021. But the issue resurfaced in March 2022, after director Paul Thomas Anderson won both a BAFTA and a Critics Choice Award for the film, when a clip showing the scenes went viral on Twitter.

The clip shows two scenes from Licorice Pizza, which centers on high school freshman Gary Valentine (Cooper Hoffman) and his magnetic, mostly platonic friendship with 25-year-old Alana Kane (Alana Haim). With its colorful clothing and dreamy soundtrack, the film captures the vibe of the 70s and also incorporates the politics of the time, which includes an abundance of misogyny, racism and homophobia. For example, in the universe of Licorice Pizzano one finds it very odd that a grown adult and a young teenager are hanging out together (another plot choice that sparked debate in the movie discussion).

Gary, a high school student and actor who also has a passion for business, helps his mother run an advertising agency and one of their clients is Jerry Frick (John Michael Higgins), who owns The Mikado, a Japanese restaurant with his wife Mioko (Yumi Mizui), who is Japanese.

The controversy stems from two separate scenes in the film. In the first, Jerry is at the publicity office reviewing a potential commercial for the restaurant with Mioko when he speaks to her with an imitation of a Japanese accent, as if she doesn’t understand English herself, and that speaking to him with that accent would somehow make it clearer. His wife and the other characters in the scene look uncomfortable.

Later, in a scene at the Mikado, Jerry introduces his “new wife,” Kimiko (Megumi Anjo), who is also Japanese. Again, he speaks to her with a fake Japanese accent. When Kimiko responds to her in Japanese, Alana asks what she said. “It’s hard to say. I don’t speak Japanese,” Jerry says.

It would be anachronistic for the film to exclude the seedy behaviors that were accepted in 1970s America, and Anderson includes many such moments: Alana being groped by her boss. A casting director notices his “Jewish” nose. A local politician is spied on for his secret gay life. In this landscape, anti-Asian racism was the norm. And part of the story is based on reality – many people and places are based on the real San Fernando Valley, and Jerry Frick, the Mikado’s real owner, had two wives of Japanese descent.

But the debate over Anderson’s scenes stems not from the depiction of racism in the first place, but from how he does it.

The controversy surrounding this scene began to stir as soon as Licorice Pizza had a wide release in November 2021, and almost immediately reporters began interviewing Paul Thomas Anderson on the scenes with Higgins. In a November interview with the New York TimesAnderson says of the scene “I think it would be a mistake to tell a period film through the eyes of 2021. You can’t have a crystal ball, you have to be honest with that era.”

He is also keen to point out that his stepmother is Japanese and his stepfather is white, so he has often seen this kind of scene play out. (Anderson’s partner is Maya Rudolph, whose father Richard is married to retired Japanese jazz singer Kimiko Kasai.)

In a February 2022 interview with IndieWire, following further public scrutiny of the scene, Anderson again responded to criticism, particularly people laughing in response to racism on the scene. “I’m certainly capable of missing the mark, but on the other hand, I guess I don’t know how to separate my intentions from how they landed.”

The Media Action Network for Asian Americans (MANAA) released a statement condemning the scene from the film and calling for its removal from consideration for the awards. “The goofy scenes from ‘Licorice Pizza’, set in 1973, in no way advance the plot and are included merely for cheap laughs, reinforcing the idea that Asian Americans are ‘less than “and perpetual strangers,” MANAA wrote. in their statement.

So far, the film’s cast members have not commented on the review.

For more on TIME’s cultural coverage, subscribe to our entertainment newsletter, More to the Story, by clicking here.

The portrayal of anti-Asian racism goes beyond Licorice Pizza

Licorice Pizza is far from the first film to portray anti-Asian racism in a controversial way. A recent study found that between 2010 and 2019, 43% of Asian American roles served as punchlines in top-grossing movies. This is part of what makes the scenes between Jerry and his wives so confrontational: some viewers see her as the butt of the joke, laugh at her accent, and others see him embarrassing himself with buffoonish behavior.

A similar controversy erupted in 2019 with Quentin Tarantino’s film Once upon a time in Hollywood. Set in late ’60s Hollywood, the film follows an actor and his stuntman as they travel through Hollywood, encountering both real and fictional people and events. In one scene, Brad Pitt’s character Cliff Booth, a stunt double, encounters Bruce Lee (played by Mike Moh) on set, and the two challenge each other to a physical fight. Lee knocks Cliff out in the first round, then Cliff throws Lee’s body into a car, then the fight is broken up.

Many viewers, including the late Lee’s daughter, Shannon Lee, thought the scene was a disrespectful portrayal of her father, who at the time was one of the only working Asian movie stars in Hollywood. Lee told the Los Angeles Times that she felt that Tarantino “seems to have gone out of his way to make fun of my dad and portray him as some kind of jester”, adding that “I feel like he was harassed the way he was harassed in life by white Hollywood.

The criticism of Licorice PizzaThe use of a fake Asian accent comes amid rising anti-Asian hatred and violence. This year, the Center for the Study of Hate and Extremism reported that in 2021 there was a 339% increase in anti-Asian hate crimes compared to the previous year. March 16 marked the one-year anniversary of the Atlanta spa shooting, which killed eight people, including six Asian women. After the pandemic began, anti-Asian rhetoric surged, including from President Trump, who called COVID-19 a “Chinese virus.”

In their statement on Licorice PizzaMANAA wrote, “To cover it with nominations and awards would normalize the more blatant mockery of Asians in this country, sending the message that it’s okay to make fun of them, even at a time when Asian Americans have afraid to take to the streets because of unprecedented levels of violence from fellow Americans who blame them for COVID-19.