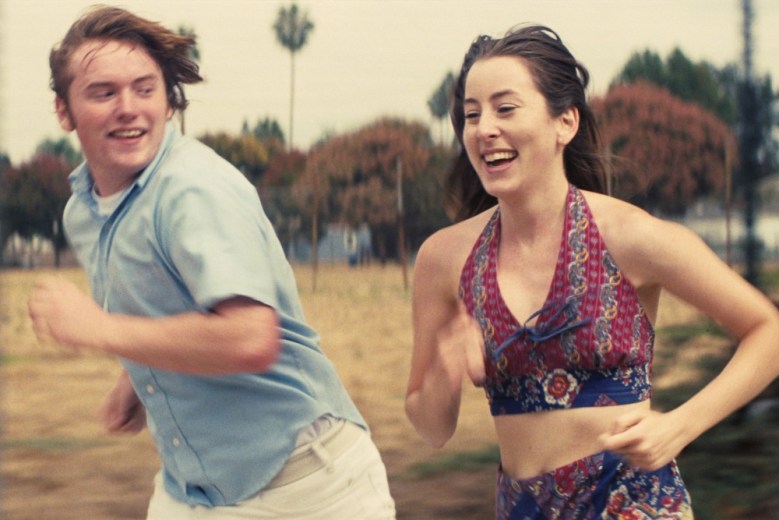 First chat editor Andy Jurgensen recalls having with Paul Thomas Anderson about “Licorice Pizza” was the running motif between odd couple Gary Valentine (Cooper Hoffman) and Alana Kane (Alana Haim). It was the anchor to hold together their tenuous bond, which keeps breaking with every unpredictable obstacle in the coming-of-age comedy. It was also a way to keep up the momentum of Anderson’s jolly, quirky nostalgic trip to Los Angeles’ San Fernando Valley in 1973. It was a time when optimism still reigned over disillusionment amid the growing popularity of rock music, the demise of old Hollywood, rising inflation, the energy crisis and long gas lines.

“What I liked about the script was the unpredictability and not knowing what was going to happen next,” said Jurgensen, who worked as an assistant editor on “Inherent Vice” and “Phantom Thread” before being promoted to editor on “Licorice Pizza”. (code for vinyl records and a major chain of LA record stores at the time).

“It was going in crazy, wild directions,” he continued, “and we wanted to preserve that spirit of the film. When we were initially talking about the style of the film and the editing, he mentioned the whole flow. He wanted the momentum pulls us through the movie, which was full of all these episodes. He wanted to use that as energy and as a bridge between episodes. It’s not like there’s a period. It just continues and you say, ‘Oh, I’m already into the next thing?’ »

Jurgensen was up for the challenge, however, having recently cut music videos for Anderson, particularly with Alana’s Grammy-nominated sibling rock band HAIM. He even worked on camera tests for Haim and screen tests with Haim and Hoffman (son of the late Philip Seymour Hoffman, a frequent cast member of Anderson), neither of whom had ever acted. previously. But Anderson’s highly personal screenplay (partly inspired by the life of his friend Gary Goetzman, co-founder of Playtone with Tom Hanks) was written for Haim, who plays a frustrated 25-year-old photographer’s assistant, who gets hit on in the opening scene by Gary, a rambunctious 15-year-old child actor/scammer. From there, the awkward friendship goes back and forth from Encino to Sherman Oaks, with Alana helping Gary sell waterbeds while trying to break free from his arrested teenage years.

“Alana was already cast, and Paul was still looking for Gary, when he casually invited me to put on ‘Licorice Pizza,'” Jurgensen added. With editor Dylan Tichenor (“Phantom Thread”) committed to “Eternals,” this came as no surprise. Jurgensen was firmly anchored in the director’s inner circle and used to take editorial notes when showing 35mm daily newspapers on the big screen. (“Licorice Pizza” was shot on 35mm and blown up to 70mm for special engagements in Los Angeles and New York.). “They were rough around the edges in the screen test, but they fit,” he added. “The age difference didn’t seem inappropriate and the magnetism worked between them.”

We feel the magnetism from the start when they meet at Gary’s high school. It’s a shrewd walk and conversation with the camera following them (and Nina Simone serenely singing “July Tree” in the background). Gary agrees to be photographed and asks her out while following her into the gym. “We tried a lot of different angles and liked the first shot of Alana because she [reactions] were great,” Jurgensen said. “She’s like a firecracker. It goes to Gary and they do a little dance [before continuing into the gym in one continuous shot]. The hardest part was finding the breaking point, which we decided was when he asked her if she was going to the movies. [a lead in to bragging about his acting career].”

The first memorable run of joy between Gary and Alana occurs after a totally incongruous display of police brutality, in which Gary is mistakenly arrested for murder. After being freed, they experience a liberating chase across town that brings them closer, followed by running montages. Afterwards, they are briefly separated after a fight, with Alana auditioning for a film role opposite Jack Holden (a fictional William Holden played by Sean Penn). The film was inspired by “Breezy” (1973) directed by Clint Eastwood about a May-December romance with Holden. They end up meeting at Gary’s favorite hangout, the Tail o’ the Cock restaurant.

“It was the hardest sequence to juggle because of all the pieces,” the editor said. “We realized that this sequence had to be a drunken and crazy obstacle between the two protagonists. There’s this seduction with Alana and Jack on one side; Gary walks in with friends and watches from the other side; Rex Blau [Tom Waits], this director, approaches Jack. But we had to cut Rex, who has a monologue about old Hollywood, then goes out to the golf course to set up a motorcycle stunt with Jack. We wanted it all to be from their point of view, so we cut the monologue and the [lead up] at the motorcycle stunt. Thus, it’s a smoother transition to Jack and Alana on a motorcycle, with her immediately falling and Gary rushing to save her in a clever reversal of the panic-stricken arrest sequence.

But then comes the next crazy hurdle with “A Star Is Born” producer Jon Peters (Bradley Cooper), who buys them a waterbed and later takes a ride in their truck after running out of gas in his Ferrari ( forgetting that Gary flooded his room after pissing him off). “When they’re inside the truck and Bradley is getting in, that’s all she drives. She learned to drive this truck,” Jurgensen said. “And when Bradley leans [to take take the wheel], his seductive jokes were all off the cuff. But we found a nice ending where he says, ‘You’re a good driver and Gary can’t drive.’ We didn’t want to extend our welcome with Peters.”

But then the truck runs out of gas and Alana is forced to drive home with a stalled Gary, down the hill, which has been shot in different places. “The truck was equipped to go forward and backward, and Alana drove it forward,” Jurgensen added. “But for the stunt scenes, there was a truck pulling their truck with a camera attached. This tense reaction from the character was her performance as she struggled to get the truck moving.

In a stroke of symmetry, Anderson structured the script so that Gary and Alana, after being separated one last time, run towards each other in opposite directions and end up outside a movie theater (playing “Live and Let Die” and “The Mechanic”). Except they weren’t supposed to crash into each other and fall. It was a happy accident.

“We had multiple endings,” Jurgensen said. “There was a scene where they kissed and talked. In one of the takes, they accidentally bumped into each other and fell. They ran away and then kissed at Pinball Palace. We thought, why do we “We did that a few times? So we were going through the footage, thinking about what to do, looking at all the takes. Paul said, ‘What about when they fall? That could be really funny and break the tension because they’ve been running for so long. And we threw it away and it worked. And then they have that last hug at Pinball Palace.

Register: Stay up to date with the latest film and TV news! Sign up for our email newsletters here.