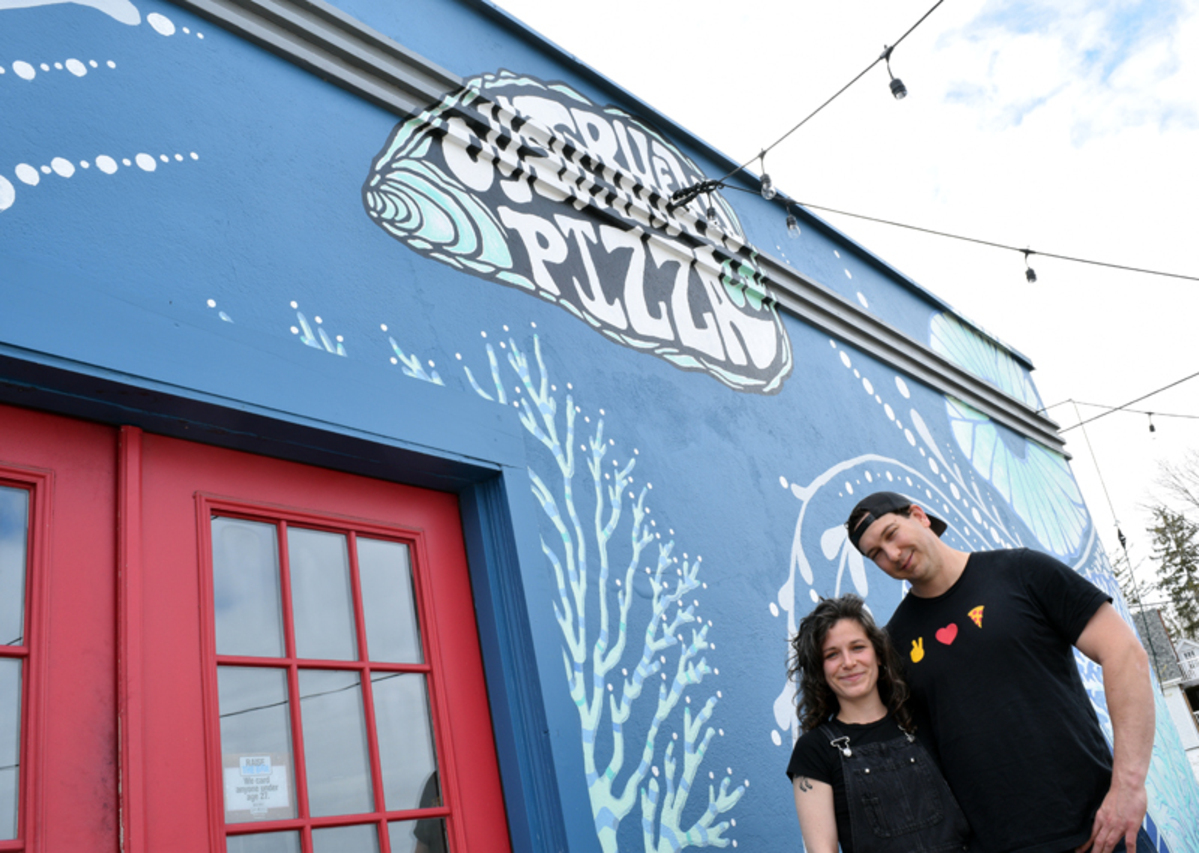 The chef and baker of Oysterhead Pizza Co. has taken over the popular wood-fired restaurant in downtown Damariscotta.

After a month-long closure for an ownership transition, chef Nick Krunkkala and baker Caroline Zeller reopened Oysterhead on April 28, adding breakfast and lunch sandwiches to the menu.

The restaurant will now be open from 8 a.m. to 11 a.m. on Saturday and Sunday, serving breakfast sandwiches and “schmears” on Oysterhead’s beloved bagels.

After a half-hour break to prepare dinner, it will reopen on those days from 11:30 a.m. to 7:30 p.m., or until the ingredients run out, Krunkkala said during an interview with him and Zeller on May 3.

All the ingredients are fresh and freshly made and everything is used during the cooking process so sometimes things run out like they did last Sunday.

“It’s like a chef’s dream of not wasting anything,” Krunkkala said. “We have zero food waste. Everything we make is used.

Even closing early on Sunday, Krunkkala said the opening weekend “rivals a summer week” for business.

Some of the new breakfast offerings are a classic egg sandwich on a bagel and a sausage, gravy and cookie dish.

One of the lunch sandwiches is the Spider Rico, inspired by a Philadelphia pulled pork sandwich. Another is a chopped cheese and steak sandwich with a Big Mac-like “special sauce” called Sedgewick Ave.

Krunkkala likes to name his menu items, like pizzas and specialty sandwiches, after obscure movie references, he said. For example, the Spider Rico is named after the first boxer Rocky who fought in the first “Rocky” movie.

Other menu items, like pizza and small side dishes, change every month or so. However, if a customer has a past favorite, it can still be requested, he said.

“Pizzas we’ve had on the menu in the past, if you’re a regular customer you can almost always ask for an older pizza. We’ll usually have the ingredients available,” Krunkkala said.

Krunkkala bought the business from owners Alex and Rachel Nevens, who opened Oysterhead Pizza in 2019.

Alex Nevens said by telephone on May 3 that he and his wife wanted to focus more on the Newcastle Publick House, a restaurant they own where he said their “heart and soul is”. He said it seemed like the right time and a good opportunity for the transition to new ownership.

“We are happy with Nick’s opportunity. We know he’s going to do a great job, he’s a great leader,” said Alex Nevens.

Krunkkala and Zeller have been downstairs since Oysterhead Pizza started and also said it was good to take over.

Krunkkala lives in Damariscotta and said he enjoyed working at Oysterhead because “everyone loves pizza”.

“It gave me a good feeling of being part of the community and having a good work-life balance,” Krunkkala said.

Zeller specializes in making pizza dough that is naturally leavened from a sourdough starter and she said her knowledge and cooking skills keep expanding.

She got the idea for making bagels while thinking about how to use the waste heat from the wood-fired pizza oven early in the morning.

The oven can reach 700 degrees and after being turned off at night, Zeller said it is always at a temperature of around 450 degrees in the morning when she bakes the bagels.

Bagels have been and continue to be a popular item and are selling out fast.

“People come to the door just to get the bagels,” Zeller said.

This story appears through a media partnership with The Lincoln County News.

2022-05-06
Previous Post: Breaking the Pizza Curse of Axios Nashville with Smith & Lentz
Next Post: 51 Best Pasta Salads for a Potluck