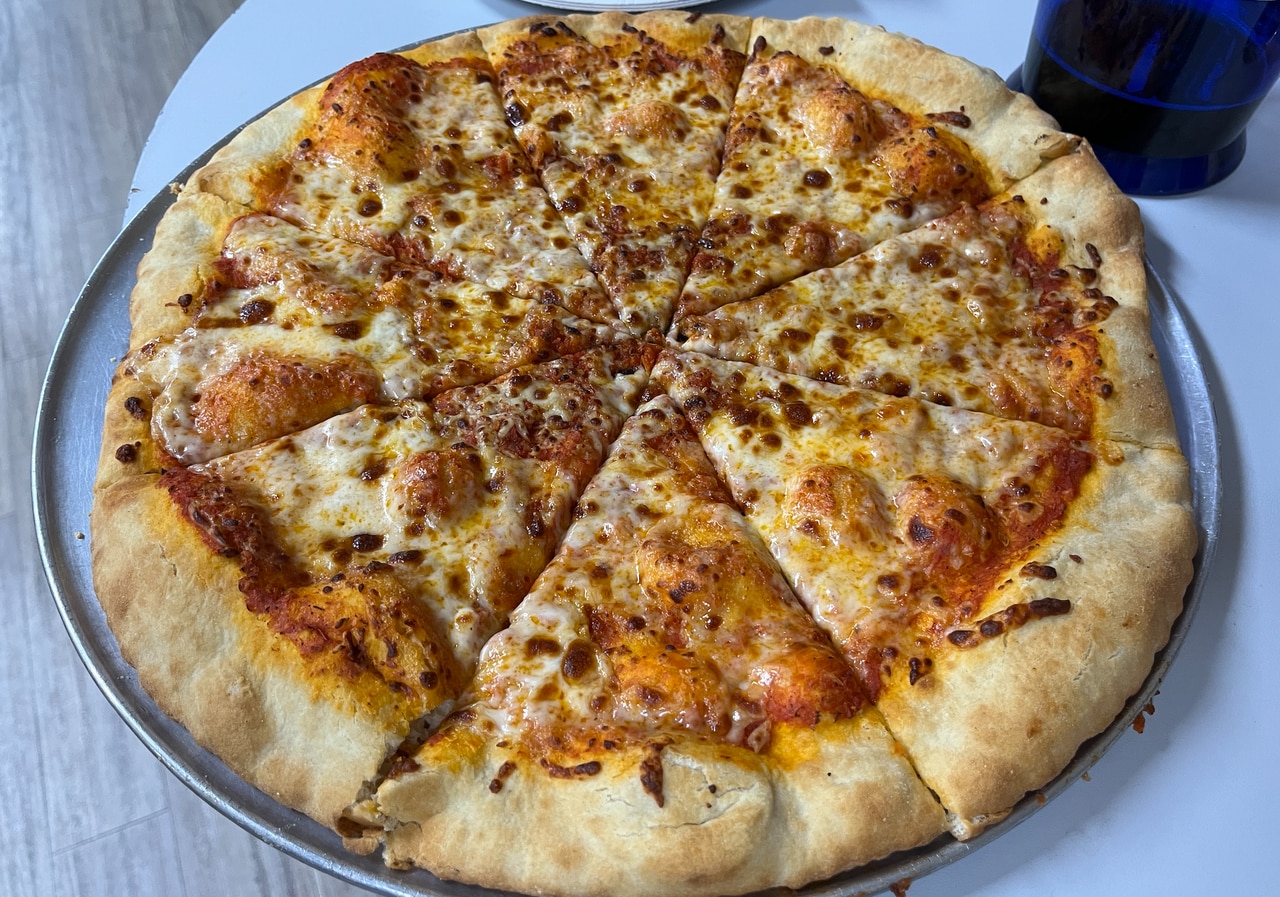 During an awfully mediocre bowling game at Elmwood Park last weekend, I turned to my friends and asked a question that surprised even me.

“…Should I order a pizza?” I questioned the group, worried that they would laugh at me. Not because they’re pizza snobs, but because I am. I don’t just judge the people who order Domino’s – I disown them. I scrutinize each slice choice. Neapolitan preferences Naysay. Some would say it’s unbearable. But after painstakingly ranking the 99 best pizzas in New Jersey — the best pizza state in the country — it kind of comes with the territory.

So no, I can’t blame anyone rolling their eyes (or a bowling ball) at me for wanting to eat pizza at such a place. But here’s the thing: the pizza at the bowling alley is awesome. Does that immediately make me a hypocrite? Probably, but please listen to me.

I had never eaten pizza at Parkway Lanes in Elmwood Park before Sunday. But I’ve eaten enough pizza at bowling alleys around the state (RIP Eagle Rock Lanes in West Orange!) to expect it to be oddly satisfying in the same way. After all, who hasn’t attended at least a few bowling alley birthday parties growing up?

My bet paid off. The pizza at Parkway Lanes is terrific and deserves a place in Garden State’s pantheon of guilty pleasures.

But if you break it down from a pure pizza perspective, there’s nothing remarkable about it. The crust, while chewy, is far from memorable. The cheese is melty as you’d expect from a standard pie, but it was a far cry from the fresh mozzarella you’d find in a fancy wood-fired pizzeria. And the sauce? Generic, probably canned. I’m pretty sure it’s just reheated frozen pizza at the snack.

It didn’t have the sweet sauce of Nino’s in Harrison, the thin crisp of Star Tavern in Orange or the doughy goodness of Brooklyn Square Pizza in Jackson.

Still, I don’t care. Parkway Lanes Pie is greater than the sum of its pizza parts, a concoction of mediocre ingredients forging something awfully good. It reminded me of Wawa pizza; by no means cleverly crafted but somehow delicious.

There’s also something to be said for the unlikely setting, when it comes to the strange decadence of the pie. We know that eating on the stool of a sweaty, scruffy bowling alley isn’t exactly an appropriate place to put anything in our mouths. But then the memories take over: what could be better than being a kid, gorging on chicken fingers, curly fries and yes, pizza, at the bowling alley snack bar and running around like a maniac? The sound of cheap plastic bowling balls ricocheting off bumpers elicits a visceral response for me. It’s pure nostalgia, a reminder of a simpler, fatter time. So if you’re going back to bowling as an adult, you don’t want good food. You want to eat bowling.

Perhaps it’s too dramatic to say that I had a pizza epiphany while slamming my second slice of this Parkway Lanes gem. But it certainly made me rethink my perspective of pizza. Not all pizzas have to be perfect!

Our journalism needs your support. Please subscribe today to NJ.com.

Jeremy Schneider can be reached at [email protected] and followed on Twitter at @J_Schneider and on Instagram at @JeremyIsHungryAgain.

2022-09-05
Previous Post: Pizza Hut opens its first female-only outlet in Dhaka
Next Post: Who has the best pizza? Here are the finalists