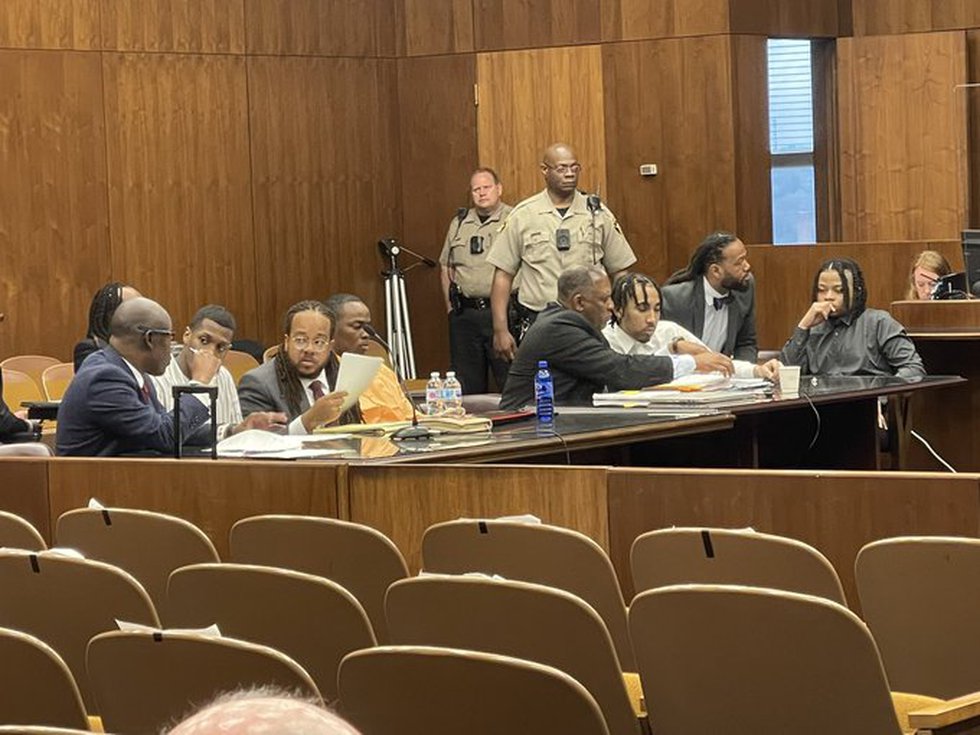 Opening statements from the 2018 Pizza Hut murder trial in Columbus

Below is a live stream of tweets from the courtroom:

James Bezner is the next witness to testify. He was a crime scene investigator for the Columbus Police Department in 2018. He also responded to the scene. pic.twitter.com/qcYkYYf4lI

The judge allowed the jurors to take a break after opening statements.

The final defense attorney for opening statements is Stacey Jackson, representing Tommie Mullins. Jackson says the evidence will show there was no search warrant at his client’s home and that the suspect who entered into a plea deal had motive to lie. pic.twitter.com/PocyCIbSWg

We now have William Kendrick representing Tyree Smith. Kendrick says evidence will show Smith’s DNA was not found at the scene and phone records indicate his client was nowhere near the crime scene. pic.twitter.com/Qfhie5QTZL

Terry says the four suspects mentioned in my previous tweet showed up in a rental Hyundai Elantra. Investigators determined that the vehicle had been rented by the mother of Spencer’s child.