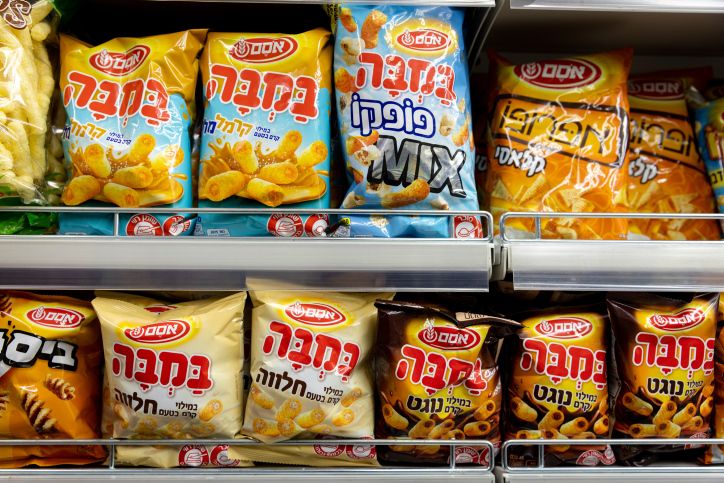 Pasta, pudding, protest: Why prices in Israel are skyrocketing

Market competition is weakening in Israel, and it is the country’s consumers who are paying the price

It is undeniable that Israel is expensive.

Tel Aviv, the country’s biggest tech hub, was named the world’s most expensive city by the Economist Intelligence Unit (EIU) for the first time in 2021, beating notoriously expensive destinations like Singapore and Paris.

So how has this city soared from the fifth-place designation in 2020 to hold the highest cost of living in the world?

The answer may be in the baskets of the inhabitants.

Along with a strong shekel, EIU data attributes Tel Aviv’s high ranking to significant increases of around 10% in local commodity prices last year, with groceries leading the charge with costs exorbitant.

But the problem isn’t just in Tel Aviv – in December, Osem, one of Israel’s largest food retailers, announced it would raise prices due to rising operating costs. and raw materials.

That could very well be the case – Omer Moav, professor of economics at Israel’s Reichman University and Britain’s University of Warwick i24NEWS that prices are rising not only in Israel, but all over the world.

“There’s something going on now that’s driving up prices…it’s probably the result of rising gasoline prices, fuel prices in the global supply chain…these are world events,” said Moav, who co-hosts the hit podcast. “Osim Hesbon” or “Create an account”, said.

Due to these supply chain issues, Moav explained how brands might have to pay higher costs, but should also consider what price increase would be justified.

In Israel, news of Osem’s planned price hikes sparked widespread outrage and a series of protests against the Nestle-owned food giant.

Guy Lerer, host of Channel 13 The TV show “Hazinor” launched a boycott initiative against Osem on Facebook with a viral post shared and liked by thousands of people.

“Do you want to break the dear life? Do you want to show corporations that they can’t always party at our expense, with no backlash? said the message.

A number of government officials have also joined the public in pushing back against Osem – Israeli Finance Minister Avigdor Liberman and Economy Minister Orna Barbivai have written to food distributors across the country warning them not to raise prices unnecessarily.

After weeks of calls for a boycott of the company, Osem relented, first postponing planned increases and then scrapping them entirely in early February.

This boycott did not mark Israel’s first instance of food protests, and it likely won’t be the last – such events have been brewing for a long time and can be seen over a decade ago.

The most notable and widely publicized protests against rising food prices in Israel began with the boycott of cottage cheese in 2011, when outraged consumers saw prices of the dairy product soar by around 45% in three years.

Complaints about price hikes on Facebook have snowballed into a wider protest against the country’s high cost of living, with tens of thousands of Israelis joining the movement.

Dr. Alex Coman, an economist at the University College of Tel Aviv-Yaffo who specializes in value creation, said i24NEWS that the effectiveness of the cottage cheese protest was achieved in part because of the qualities of the product itself.

“It was an ideal product because it’s perishable – it has a very short shelf life,” Coman said.

“So it’s a great product to boycott because the supplier, Tnuva in this case, could see tons and tons of cottage cheese expiring and going down the drain.”

Indeed, following mass unrest and a series of large demonstrations, the cost of the dairy product has been lowered.

However, Israeli consumer woes resurfaced once again in 2014 – this time over the costs of Israel’s beloved chocolate pudding brand, “Milky”.

Outrage ensued when Naor Narkis, an Israeli expat living abroad at the time, anonymously uploaded a photo to Facebook that showed how a similar dessert in Germany sold for around a third of its Israeli price.

He launched the ‘Olim L’Berlin’ Facebook page – using a Hebrew term that loosely refers to immigration to Israel – and urged those frustrated by soaring prices to move to the affordable capital instead of Germany.

In just four days, the post was seen by more than a million people, and Narkis said The Spiegel that thousands of Israeli Internet users have sent him messages asking for advice on immigration to Germany.

Although the Milky protests did not lead to lower prices, the pudding became a new icon symbolizing price discontent and sparked a national dialogue about Israel’s high cost of living.

While such protests can be effective when consumers focus on one brand, even when certain victories are won, such movements don’t always address the root of the problem – a systemic mismatch within Israel.

“Prices are a result of supply and demand, and in Israel supply is not competitive,” Coman said, adding that demand is also complacent.

Israel is a smaller country, where big brands often only have one representative, which “for a strong brand basically means they can charge monopoly prices,” the expert added.

Coman said one way for Israelis to avoid paying these high costs is to not always shop by brand — instead looking for private label products, which often come with a lower price tag.

He also pointed out that “the government must make it much, much easier for people to import” the same products from low-GDP countries to increase competition.

“You can buy Coca Cola, say in Turkey, it’s exactly the same product – only you can buy it much cheaper, and you should be able to bring it to Israel” without unnecessary bureaucratic processes, Coman explained.

When Moav was asked about the recent Osem protest, he echoed calls for increased competition and suggested an alternative approach to protests over Israel’s high cost of living.

“The problem is – who are you boycotting?” Moav asked.

“If you’re looking for bad guys, it would be someone like Schestowitz” or other importers in Israel.

Schestowitz is the exclusive Israeli importer of a number of foreign brands, and the company has been questioned by the Israel Competition Authority for its efforts to stifle parallel imports by flagging the goods to Colgate-Palmolive Co.

“They behave like a mafia, in the sense that they do everything they can to prevent competition,” added the professor.

He said the toothpaste – when purchased where it is produced in Eastern Europe – usually only costs a few shekels, but the product can be sold in Israel for many times that amount due to the environment. created by importers.

“He’s somebody who just has this huge monopoly power…If you really want to punish anybody, it’s the importers trying to block the competition,” Moav said.

“Osem is another story – if one wants to buy pasta that was not produced by Osem, there are alternatives.”

The real key to solving Israel’s price problems lies in what the government is doing about competition, a problem it says cannot be solved by imposing price controls.

“The good thing the government is doing is trying to open up the economy to more competition – open borders for free imports, cut tariffs…and simplify regulations and bureaucracy,” explained Moav.

He underlined the importance of a “balanced adjustment of regulations – preserving public safety, but allowing easier competition”.