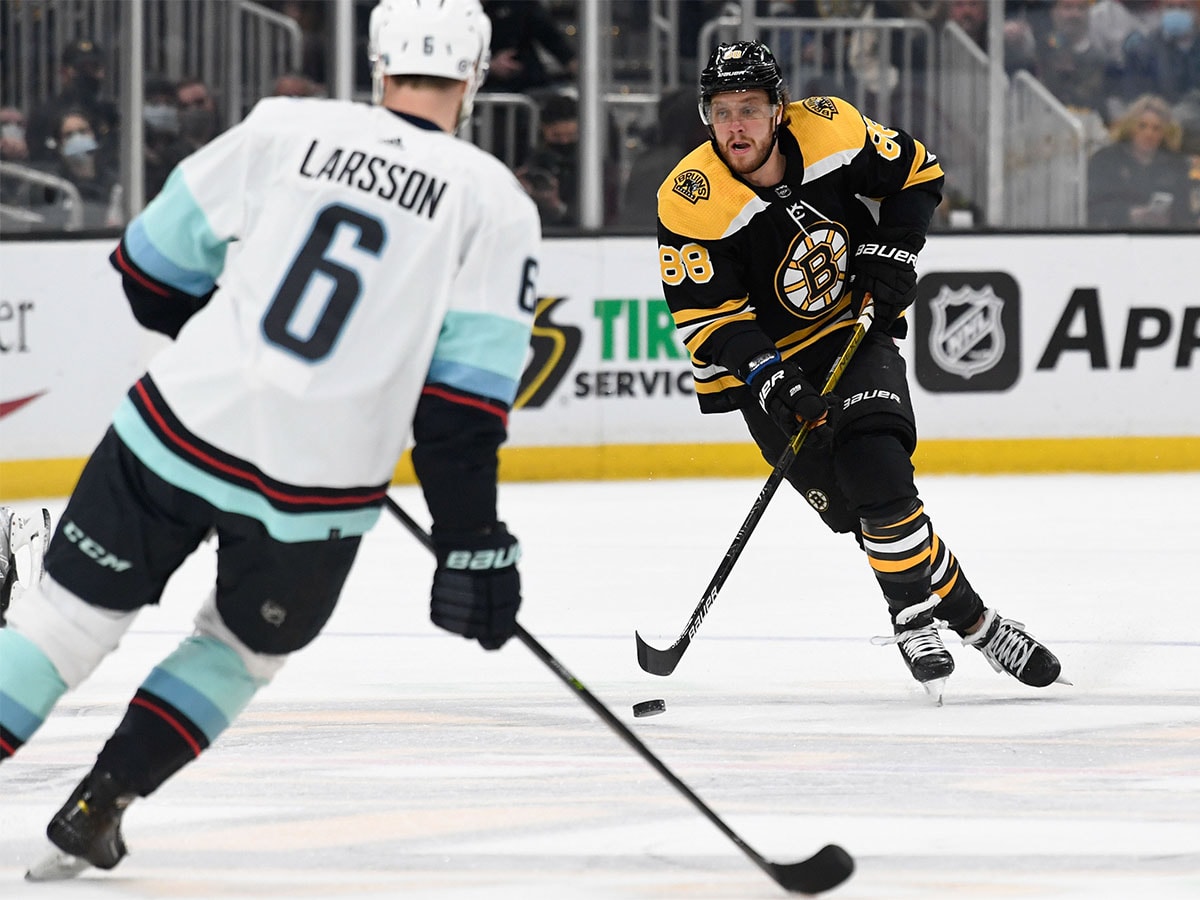 David Pastrnak scored his 21st and 22nd goals of the season Tuesday night, lifting the Bruins to a 3-2 win over the Seattle Kraken at TD Garden.

It was a victory that proved more difficult than expected for the Bruins. The B’s took a 2-0 lead in the third period, only for the Kraken to come back and equalize with 13 minutes left in regulation time. But a few minutes later, Pastrnak played the role of the hero.

The game-winning goal started with a one-on-one play from defenseman Charlie McAvoy to keep the puck alive in the zone on a Bruins power play. McAvoy quickly handed it to Patrice Bergeron, who circled the horn to Pastrnak. He didn’t get it all on his shot, but the wobbly switch found its way through Kraken keeper Chris Driedger.

Pastrnak has now scored 14 goals in his last 15 games as he moves closer to the top 10 in the NHL standings. He is still nine goals behind Oilers’ Leon Draisaitl and Rangers’ Chris Kreider for league highs.