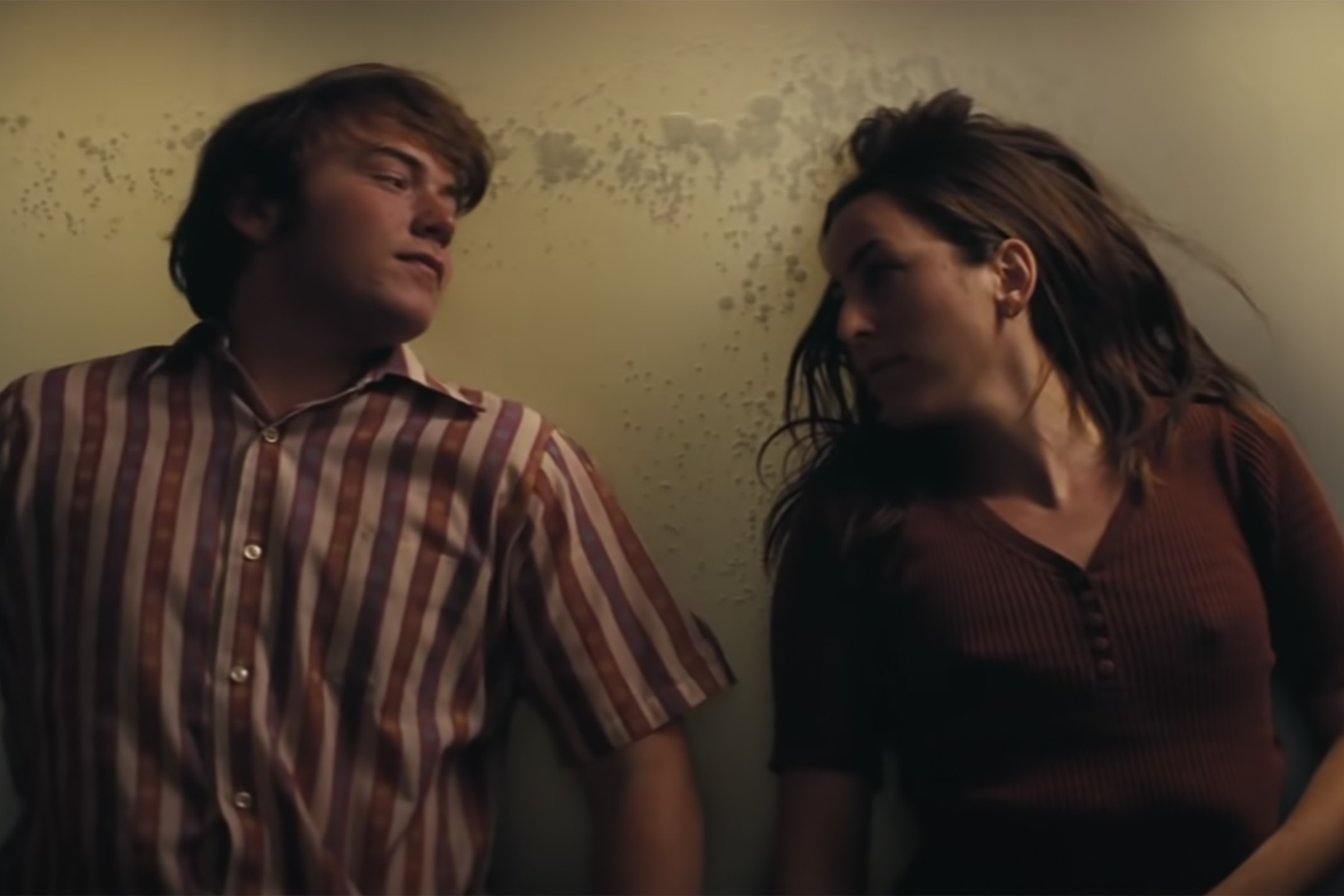 If you’ve seen the trailer for Paul Thomas Anderson’s (“Inherent Vice”) latest film “Licorice Pizza”, you probably remember a brief excerpt: two people lying almost side by side on a waterbed, the faces turned towards each other, silhouetted hands almost touching. It’s a cute little thing full of sap.

But in the movie, this scene ends abruptly with the girl falling asleep and the boy trying to touch her chest before changing his mind.

I interpreted this moment as a simple reflection of his childishness, of his excitement. It wasn’t until I talked about the movie with my girlfriend, a few days after seeing it, that I questioned that.

“What if she pretends to be asleep?” she asked me. “Like a test?”

I wanted to say no, to simplify the scene into a teenage transgression, but I couldn’t. I was not sure. This lack of certainty about the extent to which the two know each other, test each other, is the driving force behind “Licorice Pizza”.

The truth about their relationship, and “Licorice Pizza” in general, is sometimes complicated.

Like many of Anderson’s best films, the plot is nothing more than two endlessly interesting characters who collide, finding themselves unable to stay away from each other and see what happens. .

This formula (or lack thereof) is responsible for the tense, romantic and intoxicating atmosphere of “Phantom Thread” and the wandering ambiguity of “The Master”. In “Licorice Pizza,” it plays out in episodes of ’70s tropes woven together by the odd company between 15-year-old hustler Gary Valentine (Cooper Hoffman, early) and 20-something shit – out Alana Kane (Alana Haim, of rock trio HAIM).

Their relationship is definitely romantic despite their difference in age and life experience, but is no less rocky than Anderson’s other couples. The two are unsure of their place in each other’s lives, but simultaneously feel more recognized together than anywhere else in the world.

It is precisely in these kinds of strange and undefined relationships that writer-director Anderson thrives; where his indifference to the cliché gives his characters an undeniable realism. One of the fascinating parts of Gary and Alana’s relationship is how its ambiguity makes it more, rather than less, palpable to their friends and families. Anderson is adamant that peripheral characters ask Gary if he’s dating Alana and vice versa. Their confused reluctance to respond epitomizes the kind of tension that gives “Licorice Pizza” a constant momentum, even as the (often hilarious) plot meanders.

The film certainly has its laughs – especially an episode in prolific producer Jon Peters’ house that exists simply for Bradley Cooper (“A Star Is Born”) to clown around in a little mule. Still, the film is more effective as a study of two young people who reconcile through each other’s eyes than as a haunt flick of ’70s Los Angeles. What I can’t help but think about, even days after my viewing, is the thoroughness of Gary and Alana’s behavior towards each other, how their mutual attraction catalyzes just as much frustration.

It’s getting hard not to love how messy the movie is. Gone are Anderson’s signature picture-in-picture shots: his use of doors, windows, and other physical constraints of his sets to zoom naturally into a scene. Everything here seems more vague, less concrete.

Alana is often filmed in reflections, such as in the mirror along the wall of a restaurant’s dining room in a pivotal ending scene. This moment is one of the highlights of her performance, with the conversation happening on either side of her forcing her to take in some shocking information, while the shot only leaves us with a dark and dark version. muted his expression.

The characters themselves are messy too, an indication of the times and the instability of growing up. The way the film includes anti-Asian racism, particularly prevalent in its time, paints its characters with a gritty, sometimes uncomfortable depth. Much has been written about Jerry Frick (John Michael Higgins, “Pitch Perfect”), the white owner of a Japanese restaurant, turning into a crude caricature of an Asian accent in several scenes. I wish similar attention would also be paid to the racist actions of the most important characters – Gary completely confuses Frick’s second wife, Kimiko (Megumi Anjo) with his first wife, Mioko (Yumi Mizui), Alana literally bows to Kimiko and Gary’s mother write a rather questionable marketing description of this restaurant, calling the waitresses “dolls”.

There’s something honest about this mess. Anderson wants us to soak up every detail of the time and place he grew up, to portray people as they were rather than what an audience might want them to be.

Honesty permeates “Licorice Pizza” through and through. It’s the honesty that makes Anderson’s characters difficult and harder to follow than most. It is honesty that gets them to its unique, usually unsatisfying ends. And it’s Anderson’s dedication to complicated truth that lets “Licorice Pizza” cross my mind, as Gary so often does in Alana’s arms.