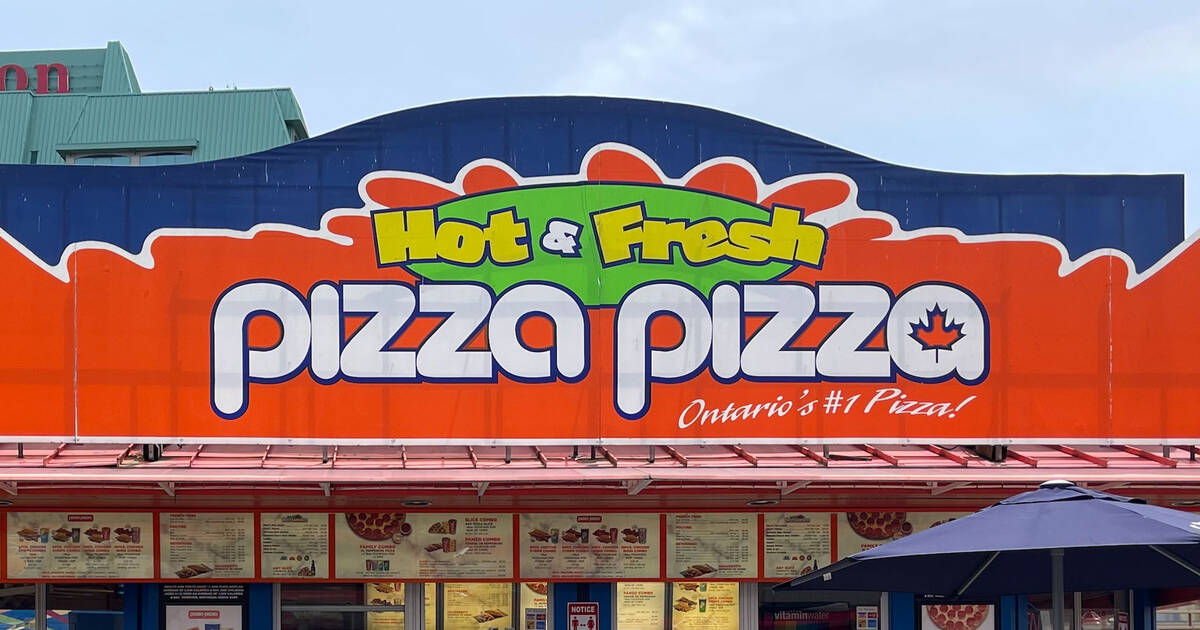 Prices are outrageous for just about everything in Niagara Falls, but one pizza chain in particular really breaks the bank.

Pizza Pizza is known in downtown Toronto as a cheap last resort when all the restaurants that are really good have closed or are too far to stumble drunk.

If you have too many beers in Niagara Falls, however, you might wake up in the morning with a huge pizza bill as well as a hangover.

A photo taken in the year shows a family combo with an XL pepperoni pizza, four 16-ounce fountains and two dips for $41.99. There’s even a one dollar surcharge if you want to change the type of pizza you want.

“Pizza is garbage and $7 a slice,” someone wrote in a Google review.

In a review from several years ago, someone even said that they once lost nearly $100 ordering from this Pizza Pizza.

” Too expensive ! 1 pizza 2 drinks, amazing $47,” complained a review from a few weeks ago, continuing that customization is also difficult at this location. “They don’t personalize! Worst place to eat pizza.”

“Worst customer service, no personalization,” someone else agreed. “It’s not Pizza Pizza like it’s supposed to be. Exploiting the brand name.”

Other people also say in reviews that the hours can be unreliable, not a big fault to have as a restaurant in a tourist destination.

One reviewer even called it “the worst Pizza Pizza restaurant in Canada”.

Although the prices in Niagara Falls can be exorbitant, you probably already knew that was the cost of visiting this well-known natural wonder and place for family fun.

The good news is that there are several alternatives to pizza that might be a bit pricey but will definitely satisfy your taste buds more: locals know that a pie from Yank’s never fails and will only cost you around $20.