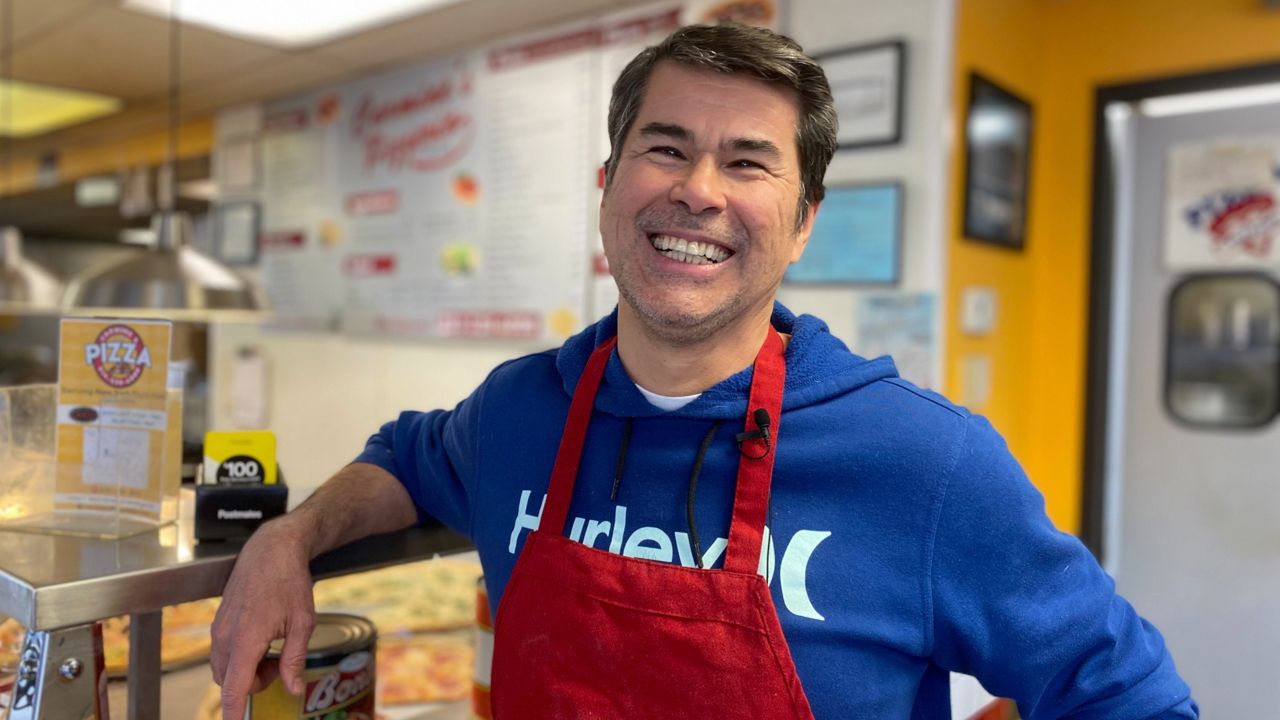 DALLAS — Gino Batala considers himself the epitome of the American dream.

When he moved from Brazil to Dallas in 1990, he found a job as a dishwasher at a small, locally owned pizzeria downtown.

“For immigrants like me, the easiest place to find work is in the service sector,” Batala said. “I didn’t speak a word of English.”

Carmine Pizzeria was owned and operated by Carmine Dibernado since 1975.

“I was so grateful that he gave me a job,” Batala said. “The old Italian liked that this Brazilian kid had an Italian name.”

Dibernado became a mentor to Batala and the two worked well together. It wasn’t long before Batala went from dishwashing to modeling clay.

After only two years working for Dibernado, Batala asked his boss if he could buy the pizzeria. Dibernado, who was ready to retire, accepted his offer.

Batala became the owner of the restaurant in 1993 at just 22 years old.

“I learned everything from this old man,” Batala said. “He always told me, ‘Gino, if it ain’t broke, don’t fix it.’ So I use the same cheese, the same sauce, and I’ve kept the same recipe all these years.

For 26 years, business has been good as downtown Dallas has grown with more businesses and residents.

In the 1990s, downtown Dallas was all business, according to Parks for Downtown Dallas president and CEO Amy Meadows. She said less than 100 people lived in the city center.

Batala’s business took a nose dive when the COVID-19 pandemic caused many downtown businesses to shift to working from home. The lack of people working nearby suppressed the constant traffic that Batala and his family had thrived on.

“We lost a lot of business,” Batala said. “On an average morning, this place was packed. We don’t see this type of traffic anymore, as many people who used to work in the offices around us are still working from home. » 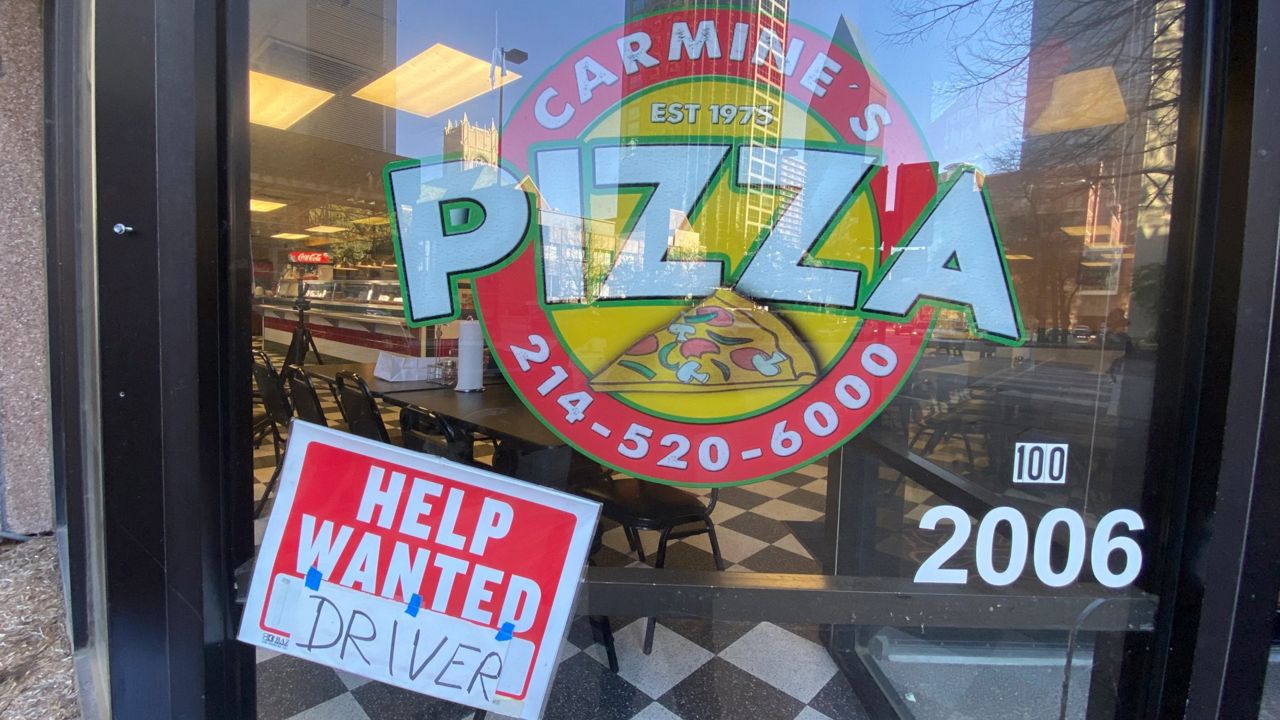 This is just one of the setbacks Batala has faced over the past two years. A shortage of staff forces him to wash the dishes again.

“I used to have nine people working with me,” Batala said. “Now we are down to three a day on average.”

According to the Texas Restaurant Association, businesses like Batala’s are struggling to rebuild their staff, with nearly 80% of restaurants in the state still not having enough employees to meet their demand.

“It has been difficult, but I consider myself blessed,” Batala said. “Although business is slower, I still get enough to pay the bills.”

Sixteen restaurants near his home have closed in the past two years.

“Of those 16, the majority never returned,” Batala said. “The woman who owned the business next to me was here before I took over. She cried the day she left and I felt her pain,” Batala said as she fought back tears.

Since March 2020, Batala has been worried about having to close as well, but he believes in the power of pizza and positivity.

“I’m a fighter, I’m not going to give up,” Batala said. “When I start to worry, I look at the pictures I have on the wall of my kids.”

If you have an interesting story or an issue you’d like to see covered, let us know.