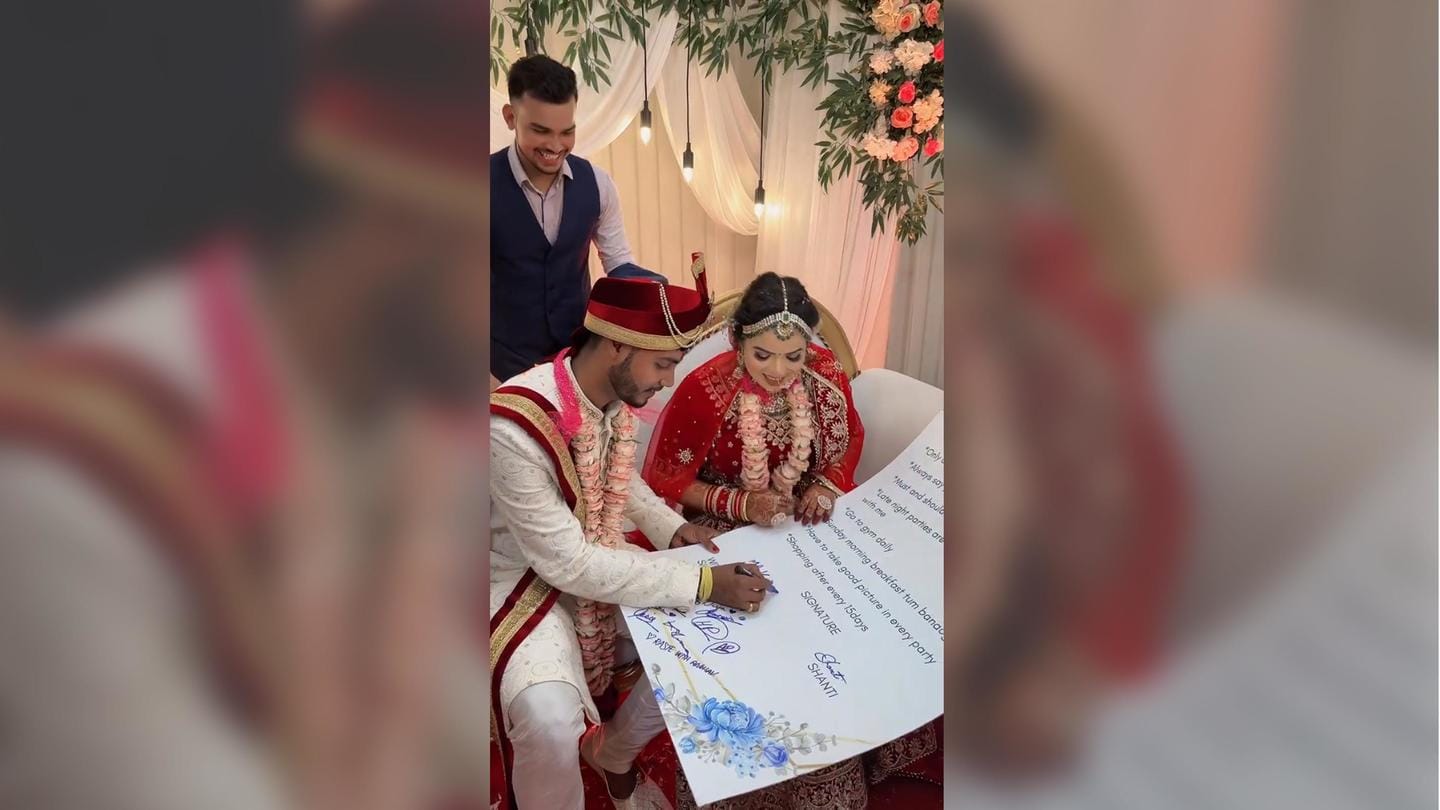 Marriages in India are no longer as strict, ritualistic and traditional as past generations have known them.

From the groom wearing sindoor to couples touching feet, weddings have become quite innovative and contemporary.

An Assam couple signed a prenup with pizza and sari clauses.

Here are some of the main clauses

The video shared on Instagram by Wedlock Photography Assam shows a new-age couple identified as Shanti and Mintu signing a prenup which includes original terms and conditions.

The long list of do’s and don’ts includes going to the gym every day, shopping every 15 days, and one pizza a month.

He also said that clicking good pictures is a must at every party.

Other terms of the contract stated that the bride should and must wear a sari every day, and night parties are only allowed with the spouse.

The listing also added that always say yes to homemade food and “Sunday morning breakfast tum banaogay (you will cook)”.

However, there was no mention of who would cook meals on weekdays.

The Instagram video received over 1.9 million likes and 39.4 million views along with a slew of comments, both positive and negative.

“Only one pizza in a month,” wrote one user.

“It’s an expensive and high-risk investment,” another user pointed out.

Many people also tagged their future half and asked if they would like to sign a similar contract.

Many users also criticized some conditions mentioned in the contract and said that it reflects the inequality that still prevails in India.

“Bhai this is not a marriage this is a contract. Which is signed in Sherwani,” one user commented.

“All the conditions are good. But the everyday saree is too much…”, wrote another.

“So sad that there is still so much inequality in India,” another user wrote.

2022-07-12
Previous Post: How to Make the Best Pasta Salad for Summer and Beyond
Next Post: Recipe for pasta with ricotta and herbs