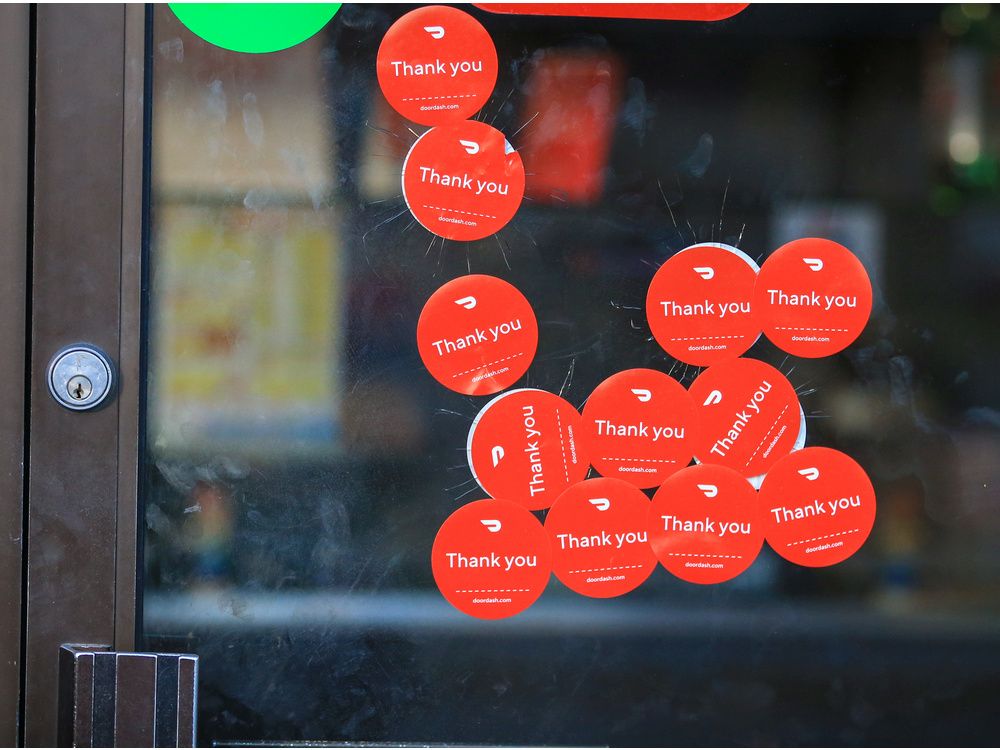 A pizzeria employee was slightly injured in an armed robbery at his store early Thursday morning.

Calgary police say they received calls around 2:20 a.m. for a robbery with a gun at TJ’s Pizza near Center Street N. The Calgary Police Department said in a news release Thursday evening that a man walked into store, threatened employees with gun and demanded money from front counter register.

Employees attempted to scare the suspect and a fight ensued. After being pushed out of the restaurant, the man fired his gun at the restaurant’s front door, shattering glass.

One person was taken to hospital with minor injuries resulting from broken glass.

Later on Thursday, stickers were seen covering glass damage that appeared to have been caused by gunfire, while a pizza warmer was also damaged at the restaurant.

The police continue to investigate. No suspects have been arrested.

The suspect is described as fair-skinned and approximately 35 years old. Police said he should be 6ft 4in and weigh 220lbs. He was last seen wearing a gray sweater and dark pants.

The robbery is the latest in a string of gun crimes over the past year. At a police commission meeting in September, the CPS presented a report outlining a “concerning level of gun violence” in Calgary.

“We recognize that we are on the verge of breaking previous records and that this level of violence has already claimed far too many lives,” the report read.

By mid-September, police had responded to 100 shootings. Police have recovered 28 “firearms” that have been linked to shootings. Of 64 people identified as suspects or accused in firearms seizures, only two hold valid possession and acquisition licenses.