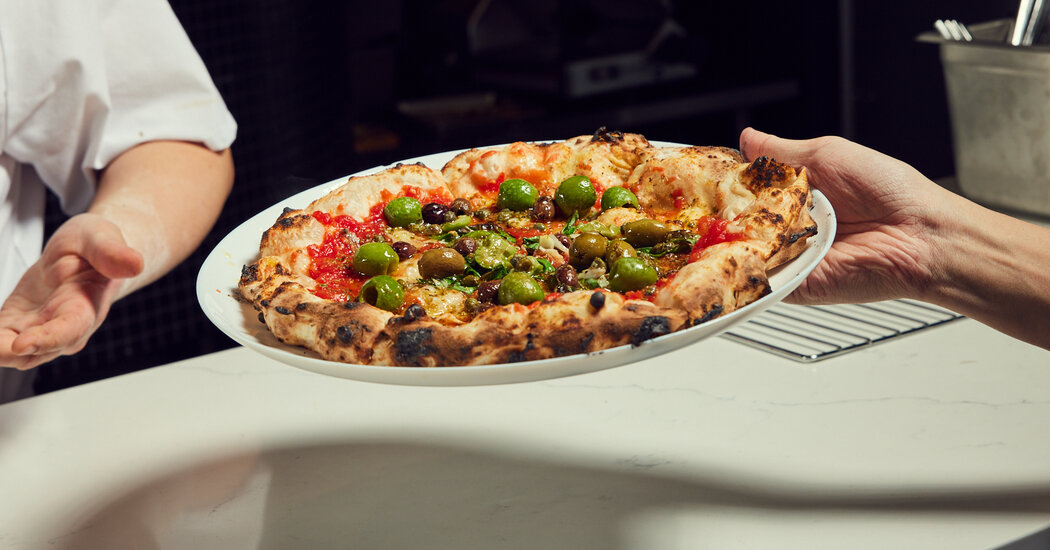 But that’s the thrill of pizza – the way it develops, continually, through digressions, idiosyncrasies, anomalies and adaptations. Thanks to the cross-labor of the people who cook it, day after day.

At Sei, he buys produce — basil, mushrooms, garlic, eggs — at the Santa Monica Farmer’s Market twice a week and works with a yeast dough that’s slowly risen over the course of two days. His pizzas reflect the two neo-Neapolitan styles he studied, but they aren’t entirely neat either, always grafting towards his own.

The savory margherita has a juicy, but not soggy center, and the Bismarck comes with a tender to runny egg. My favorite is the white tart, the raw dough pulled across the counter to shine, topped only with a swirl of heavy cream and mozzarella fior di latte, freckled with candied lemon and big drops of obscene olive oil.

I ate this pizza on the metal table baked in the sun on the sidewalk and in my car rolling down the Santa Monica freeway – one slice is about strong enough for that. But the best way to enjoy it is at the counter, straight out of the oven, out of the skin and on a plate, the crust full of steam, still hissing with life.