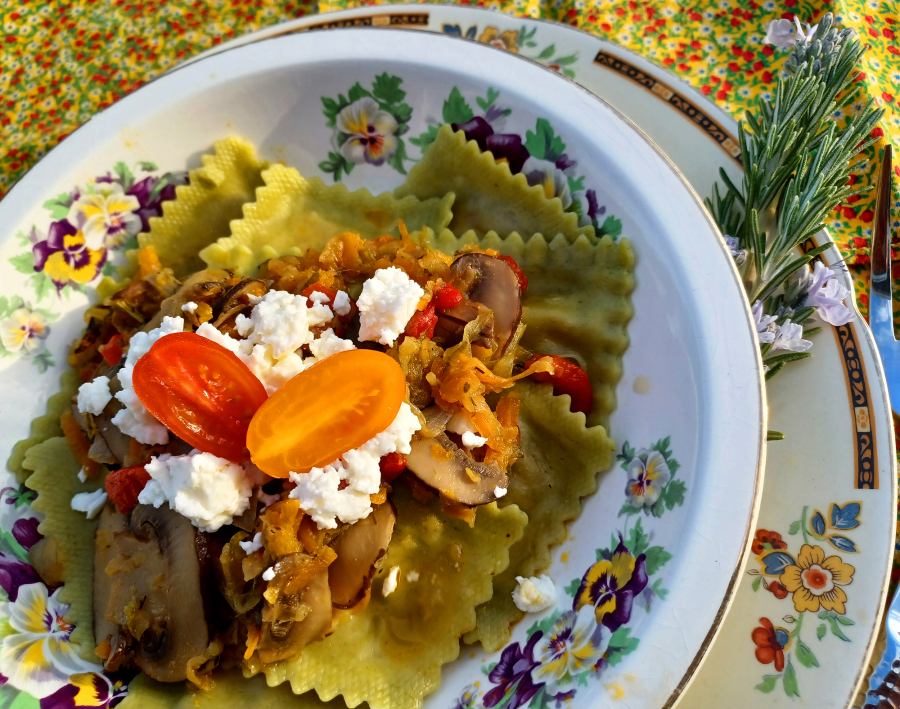 Plus IS Merrier: One Pot Pasta Sauce Uses All Your Vegetables

Do you have vegetables? In other words, it looks like a disease: “Help! I have acute brocoliosis! My cauliflower is acting up! And my rutabaga is hurting like a dick!” people can avoid vegetables like they are a disease, I can’t get enough of them When I was growing up, my parents never hid vegetables in other foods or disguised them with creamy sauces to entice me to eat them, although I was absolutely crazy about the creamed peas. They just put a normal sized portion of vegetables on my plate with everything else and expected me to eat it and I usually did My grandmother in particular was a supporter of the You’ll Learn to Like It plate cleaning school.

I’m not saying that I loved all vegetables when I was a kid. I especially disliked squash and squash of all varieties – banana squash, squash or summer squash, acorn squash, butternut squash, and the especially despised spaghetti squash. It was so stringy and disgusting. I thought boiled Brussels sprouts were bitter and I was perpetually sick of green beans because we had canned enough of them to get through the apocalypse and ensuing afterlife. I was fine with raw onions, but I couldn’t stomach the boiled onion chunks that Dad likes to put in stews; he dismissed my protests. He may still remember the vomiting.

As an adult, the only vegetable I really dislike is fried okra, although I eat pickled okra all day and most night. (My cool friend Hilary introduced me to the pleasures of pickled okra a few years ago. Thanks, Hilary! You’re awesome!)

The thing is, with very few exceptions, I’m a “more is better” type when it comes to vegetables. I very rarely throw vegetables in the compost bin because it all goes into our stomachs. I admit I let the occasional cucumber go moldy – it happens so fast, doesn’t it? – but any edible vegetable, even remotely, goes into soups, stews, casseroles, and my old standby, pasta sauce.

A dose of summer

I spent a good chunk of August and September turning all the veggies in our overproductive garden into jars and jars (and jars and jars) of all-purpose sauce to put in the freezer. We’ve used vegetables you wouldn’t normally think of putting in pasta sauce, like butternut squash, parsnips, tomatillos, scallions, and finely chopped green beans, but when mixed with traditional ingredients like the tomatoes, zucchini, peppers and onions, it was just amazing. I simmered them with olive oil, salt, garlic and an array of fresh herbs, especially basil, as we had eaten so much. After several hours on the stove, it was like a concentrate of pure summer. We kept a few jars for ourselves and gave the rest to my dad, as compensation for hauling an incredibly heavy lawn trimmer to and from our house so we could rip up the dirt for our new garden. He ate every jar of sauce in February, bless his cotton socks.