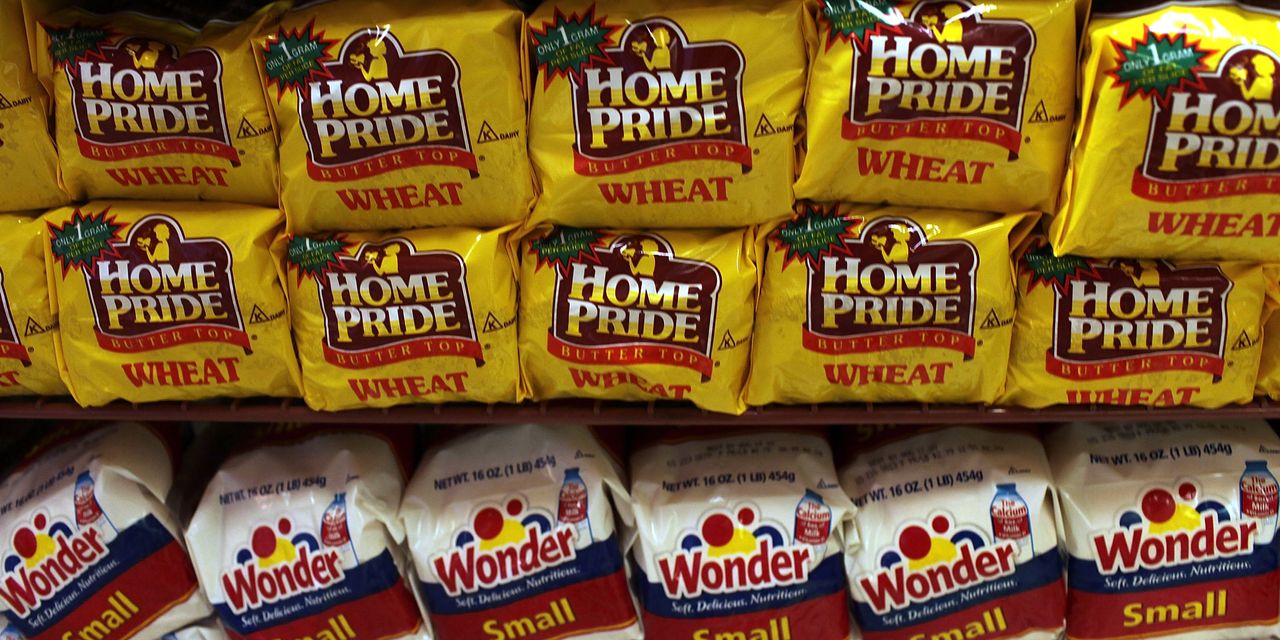 Prices for bread, pasta and packaged foods are rising. Here’s why.


Tired of paying higher prices for groceries? Don’t expect your weekly bill to be cheaper.

Grain prices are expected to rise even higher if Russia invades Ukraine. If that were to happen, Sal Gilbertie, president and chief investment officer at Teucrium Trading, expects price increases for the three big grains: wheat, corn and soybeans. The price of cooking oil would also be affected, he adds.

“The situation between Russia and Ukraine could disrupt an important global source of wheat and corn exports for an unknown period of time,” Gilbertie said.

Wheat would be the most affected food commodity, says Arlan Suderman, chief commodity economist at StoneX. Russia is the world’s largest wheat exporter and Ukraine is also a major exporter. Together, the two countries account for 29% of world wheat trade.

“A protracted military conflict that disrupts trade could make much of this wheat unavailable to the export market,” he says.

Many commodities have already been hit due to the risk of what could happen, Suderman adds. Suderman estimates that about 80 cents per bushel of risk premium is already in wheat prices, which would be a little more than a penny for a loaf of bread. “We could see the cost of wheat in each loaf of bread increase by another [one to three] cents if war breaks out,” he said.

The cost of rising energy prices probably adds even more. He notes that most of the cost of a loaf of bread is related to production, packaging and transportation costs, which have also been affected by geopolitics. The price of oilfor example, hit a more than seven-year high on the prospect of war.

Pasta and flour prices will also be affected, Gilbertie says. Given that the global wheat supply has been strained over the past two years, the impact for consumers is likely to be immediate, he adds.

Ukraine is one of the countries in the world main exporters of cereals and vegetable oilsand a major maize exporter.

Rising corn prices affect soybean prices because they compete for the same cultivated land. “Soybean supply is rapidly tightening due to bad weather in South America, meaning corn and soybean prices will have to compete (through price increases) in order to ‘buy’ more acres this spring in the northern hemisphere,” Gilbertie said. Higher prices for these two products would affect many packaged foods, which contain corn and soy oils, he adds.

Consumers have faced high food costs since the start of the pandemic. Food prices, as measured by the Consumer Price Index, rose 3.4% annually in 2020 and 3.9% in 2021, a significant increase from the 1.9% gain recorded in 2019. Food prices are expected to increase by 2-3% this year, according to the Department of Agriculture.

Wheat and corn futures prices, as well as soybeans, have climbed in recent years, with 2021 marking a fifth consecutive year of gains for wheat. Corn futures have climbed for four straight years so far, and soybeans have posted three straight years of gains. Prices for all three commodities hit multi-year highs last year, with wheat and soybeans reaching their highest settlement prices since 2012 and corn at its highest since 2013.

2022-02-15
Previous Post: 5 of the best places to eat pizza in Dundee according to Tripadvisor – here’s what people are saying
Next Post: London nursery ‘needs improvement’ after children left to play with dry pasta