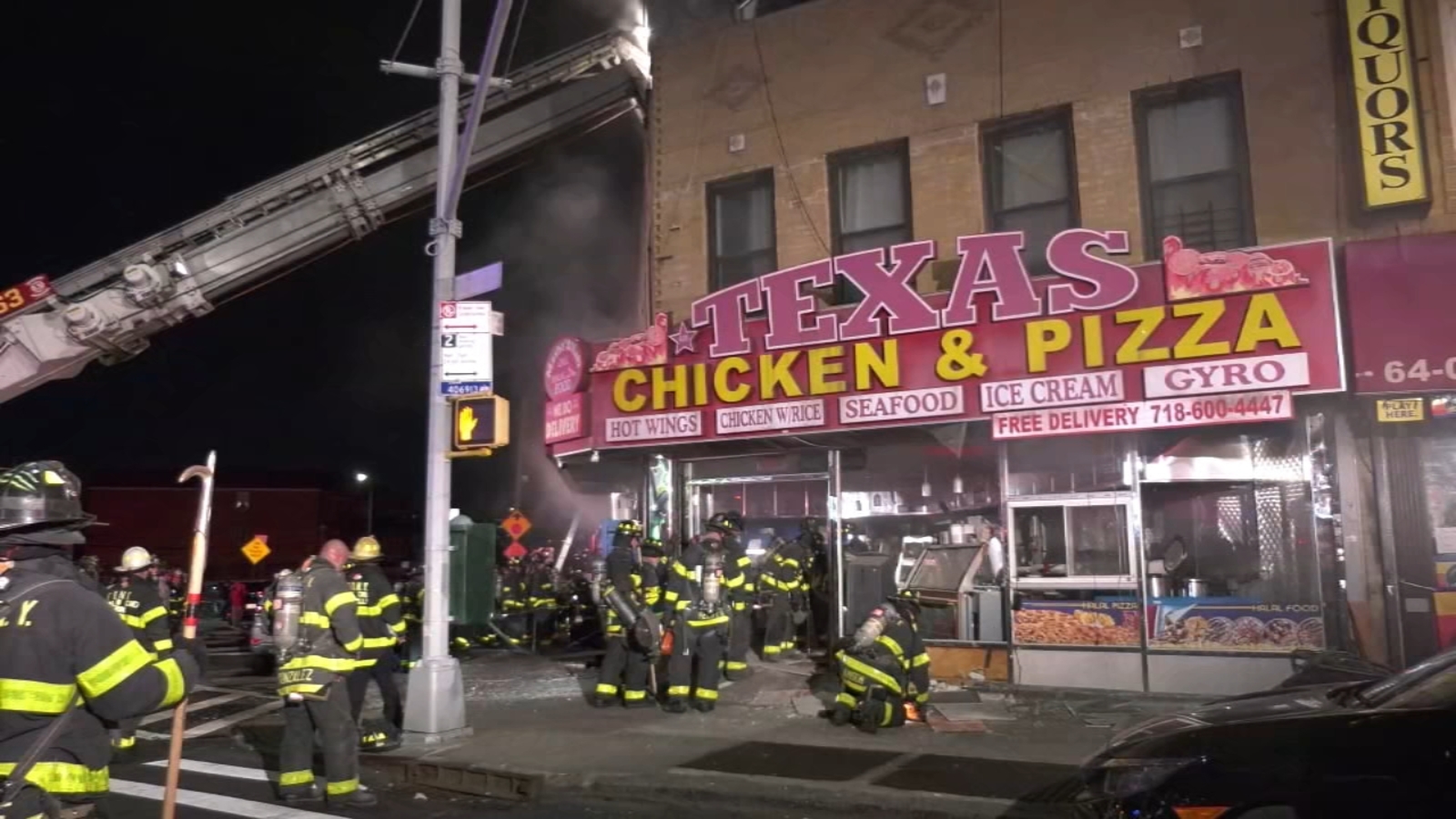 By: Ron J. Baker
In: Pizza
WOODSIDE, Queens (WABC) – A rapid fire destroyed at least one business before spreading to two others in Queens overnight Sunday.

The fire started in the basement of a Texas Chicken and Pizza restaurant at 64-01 Broadway in Woodside just after midnight and triggered a second alarm minutes later.

The fire destroyed the store and spread to two other adjoining businesses, including a hair salon and a liquor store.

“I was walking down the street and saw the fire, then I got scared and called 911,” a witness said.

It appeared that the building also housed several residential apartments above businesses and people were driven from their homes.

It is not known how many people lived there.

People from a nearby salon described what happened.

“We were in the living room and we heard a loud noise,” one man said. “It was a fire truck and everything and we got out and saw the place burning. It’s a very busy intersection and a lot of traffic comes in here because of the businesses around here so it’s going to have a huge impact .”

More than 100 firefighters responded to put out the blaze, which was brought under control around 1:40 a.m.

The cause of the fire is under investigation.

2022-04-24
Previous Post: Sunday Kitchen: treats for sure to test the taste of pasta
Next Post: Showed how to cook “Italian pasta” (video)