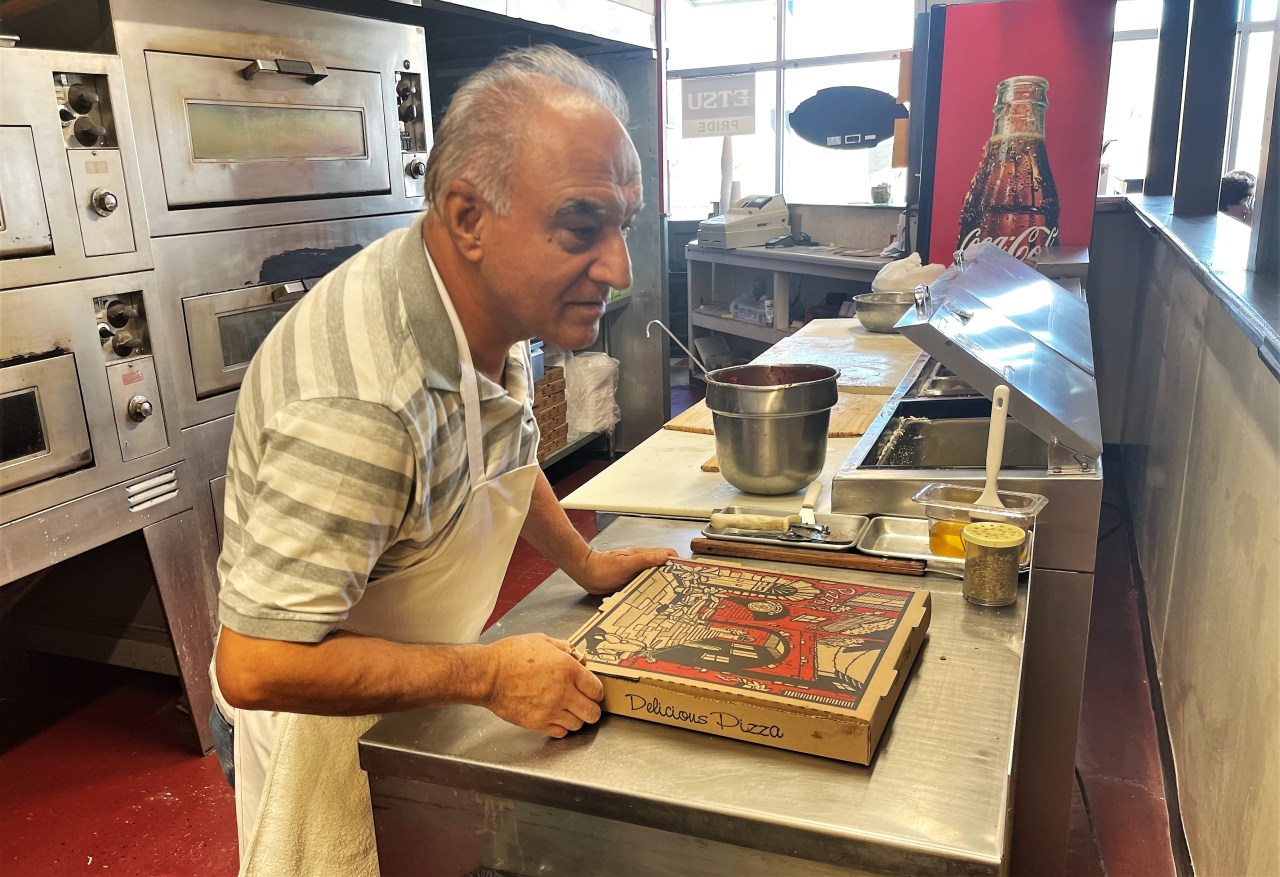 JOHNSON CITY, Tenn. (WJHL) – Burt Kordamiri showed up at the cash register at the Italian Pizza Pub to place a takeout order.

“How are you today?” he asked a familiar customer. “I’m fine – I thought you were retired,” the man replied.

“Yeah, but my retirement didn’t go too far,” Kordamiri replied with a laugh. “I’m back now.”

“Well, good to see you again,” the client said. “At least you smile about it.”

The fact that Kordamiri’s “retirement” didn’t last long was enough to put a smile on the face of the likes of Chris Duncan, who stopped for a “New York slice” at the iconic 807 W. Walnut Street location. .

Kordamiri was the owner for around 35 years before selling the business at the end of 2021.

Kordamiri returned in October after the low-key iconic spot closed earlier this summer. The Iran native and East Tennessee State University graduate started running the place in 1983 when it was called Italian Village and took sole ownership several years later.

“The guys who owned Italian Village in the mall had this place and before that it was Henry’s chicken and pizza, pasta,” Kordamiri said.

With a jar of shiny pizza sauce at his elbow and well-worn ovens behind him, Kordamiri chuckled at his short pause. He had shoulder issues and was ready to slow down a bit and watch his twin son and daughter graduate from high school.

“My retirement didn’t last that long,” he says. “I think I had the shortest retirement. It’s nice to see all my former clients again. They’ve been coming here for so long and now they’re happy to see me.

The love was mutual, he says.

“I missed the people, the customers. I had three generations [of] people who come here and [eating]. So much people [in] this region that has supported me for years, I want to thank them for that and that’s why I especially missed it.

Kordamiri said he didn’t plan to fix what wasn’t broken before moving away – a range of standard Neapolitan-style pizzas, a deep-dish Sicilian-style specialty that customers say is worth the additional hold and a typical range of several standard Italian staples.

“What makes pizza good is the crust, the sauce and also the cheese you use,” he said without divulging any secrets. “And the oven has something to do with it, and this oven makes a nice crispy crust.”

Kordamiri credited Will Martin, who bought the business but rented the building to him, for providing some improvements during Kordamiri’s absence.

Kordamiri and his wife and business partner Makhi reopened the restaurant on October 20. They also operate the “Pub Out Back” in a connected part of the building. Once a bustling stopover for touring bands, Pub Out Back hosts karaoke from 7-10 Wednesday nights and offers beer and a kind of sports pub vibe for now.

“We plan to bring groups too,” Kordamiri said. “Not the huge ones. Some acoustic numbers.

The Outback Pub will host its first open mic night on November 15th.

The restaurant is open for lunch and dinner from Tuesday to Friday and only for dinner on Saturday.

Duncan works at Harman Ice, which is just a stone’s throw from “the IPP,” as regulars know it. Proximity brought it for its first installment ten years ago. Now Harman is moving, but that won’t mean the end of Duncan’s lunch trips to 807 W. Walnut.

“We have to come see Burt. Eat this good pizza.