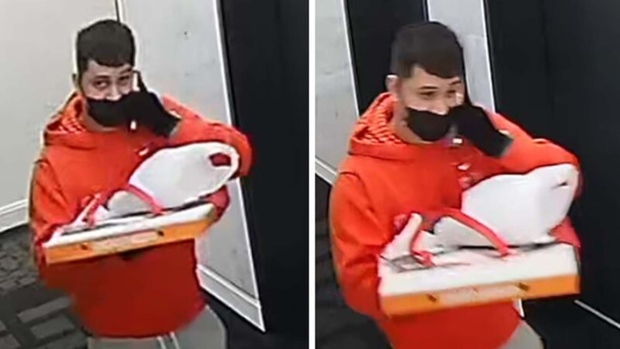 Toronto police released footage of two suspects after a suspect posing as a pizza delivery boy broke into a condo in Etobicoke and made off with cash.

Police say two men arrived at a condominium building in the area of ​​Park Lawn Road and Lake Shore Boulevard West around 9:40 p.m. on March 22.

The two suspects entered the lobby of the building and a suspect carrying a pizza was allowed in to deliver it.

Once inside the building, he entered a unit and took a large amount of cash from a safe, police said.

The two suspects then drove off in a green Land Rover Defender SUV with no front number plates, the same vehicle in which they arrived. 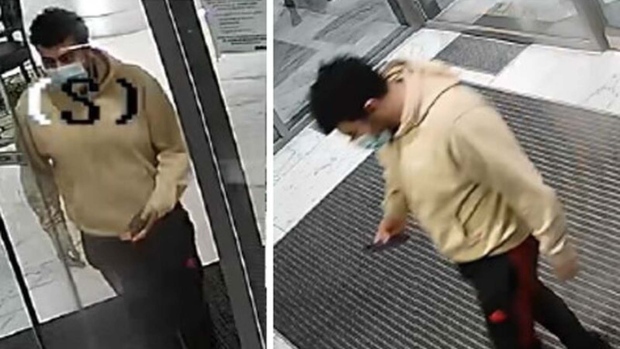 The driver of the vehicle is described as approximately 5 feet 10 inches tall and weighing approximately 190 pounds. He was clean-shaven with black hair and wore a black face mask, red hoodie, gray sweatpants, white socks and sandals, and black gloves. He was also talking on a cell phone and carrying a pizza box.

The passenger is described as about five feet nine inches tall and weighing about 200 pounds. He was unshaven with black hair. He wore a blue surgical mask, a yellow hoodie, black sweatpants with a red stripe down the side, and black running shoes.

Police are asking anyone with information about the incident to contact police or call Crime Stoppers anonymously. 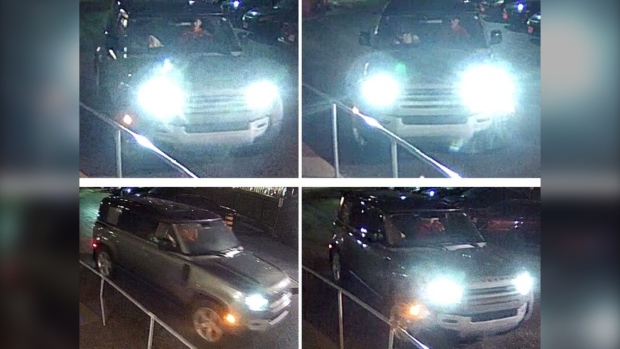