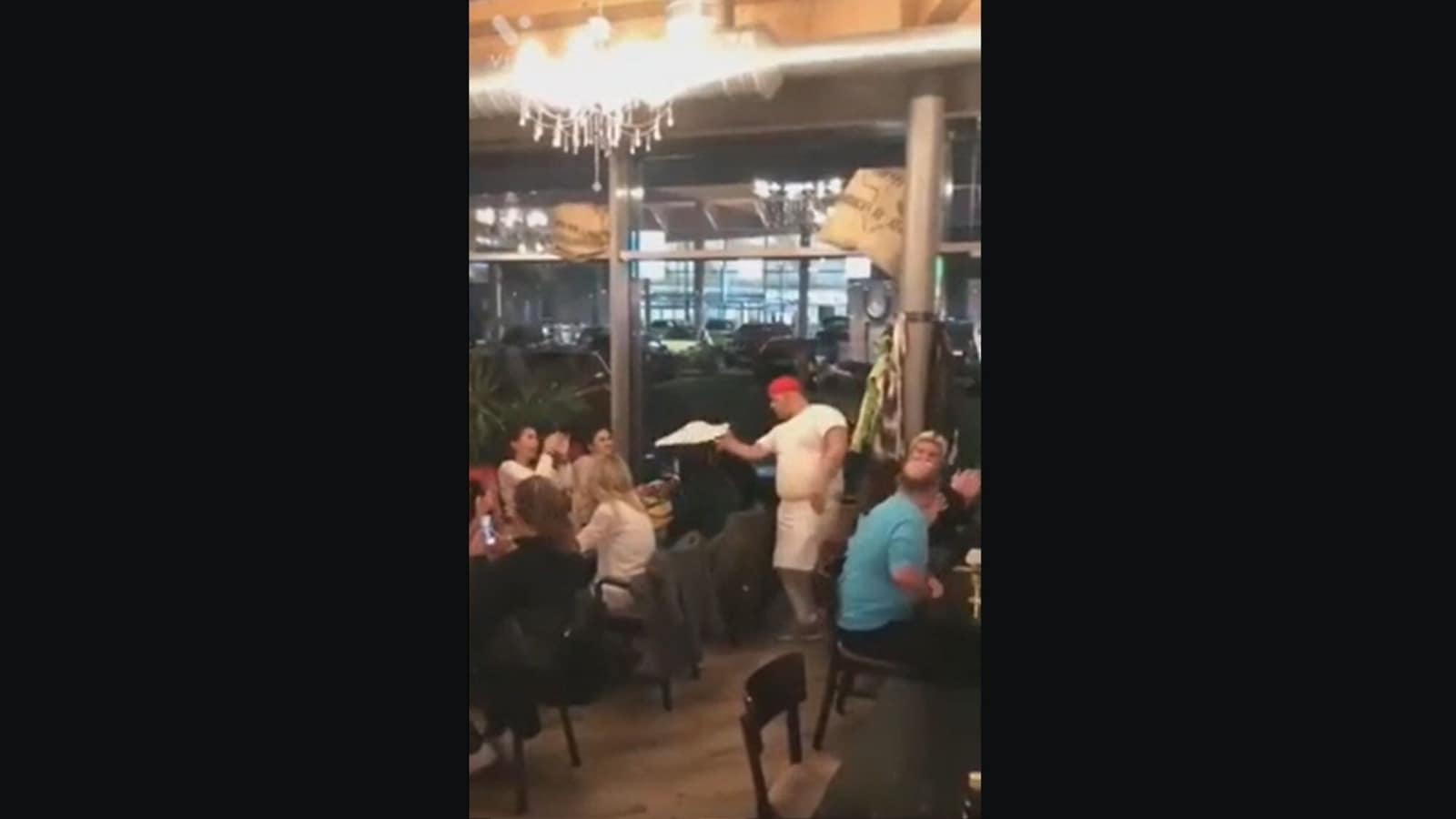 The video showing a chef rolling, twirling and juggling dough was posted on Reddit.

Many pizza chefs not only prepare appetizing pizzas but also gratify their customers by showing impressive skills with pizza dough. Just like this chef in a video posted online. Shared on Reddit, the video features a pizza maker rolling, twirling and juggling dough in a restaurant. The video intrigues people, and chances are you’ll end up watching it more than once.


The 2 minute and 4 second clip was posted on Reddit. “Acrobat pizza,” reads the caption posted alongside the video on Reddit. The video opens to show two chefs preparing the pizza, and what follows is one of them gratifying customers seated in the restaurant with his exceptional skills with the dough.

Watch the video below:


Since posting a day ago, the video has received over 5,800 upvotes and hundreds of comments.

“Damn, dinner and a show. Doesn’t happen often,” one individual posted. “Awesome, now see it’s cooked with cheese, pepperoni and sauce,” said another. “What kind of kevlar disc does it spin? How can it not break?” a third commented. “He’s the only man I trust to make my pizza,” shared a fourth.

What do you think of the video? Fancy a pizza?