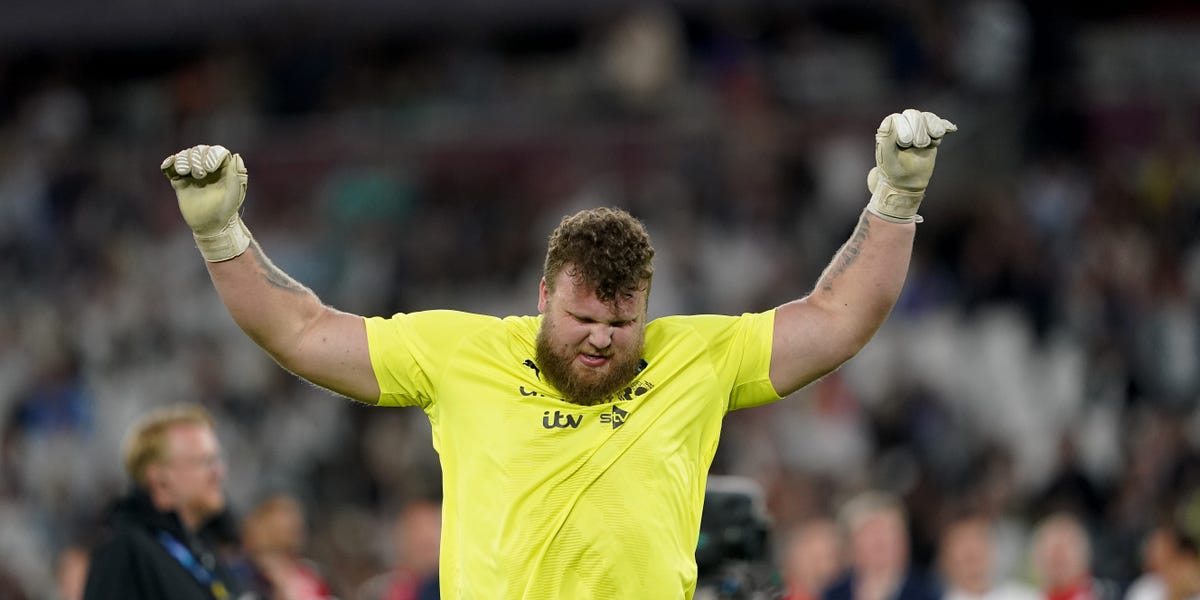 The strongest man in the world eats cakes, burgers and pasta before the competition

The two-time reigning world’s strongest man said he ate pancakes, burgers and pasta to refuel the week before the competition.

“We eat for fuel — we don’t eat for quality. We eat to use it to be as efficient as possible at lifting weights,” Stoltman said.

The 28-year-old Scot defended his title in May 2022; this is the 10th athlete twice winning world’s strongest man. He also holds the lifting record the heaviest Atlas stonewho weighed 630 pounds.

Stoltman said the week before a competition, he would start his day at IHOP, where he would consume a stack of pancakes topped with fruit and honey. He has a small snack a few hours later, then eats a burger and fries for lunch. For dinner, Stoltman said he usually had pasta and chocolate cake for dessert.

Stoltman said his high-calorie diet gave him energy for workouts, but it could affect him physically.

Stoltman regularly posts workout and diet videos on his Youtube channel with his brother, Luke Stoltman, who is also a strong competitor. He told GQ that he will be taking a break from strongman competitions but hopes to compete next year to defend his title.