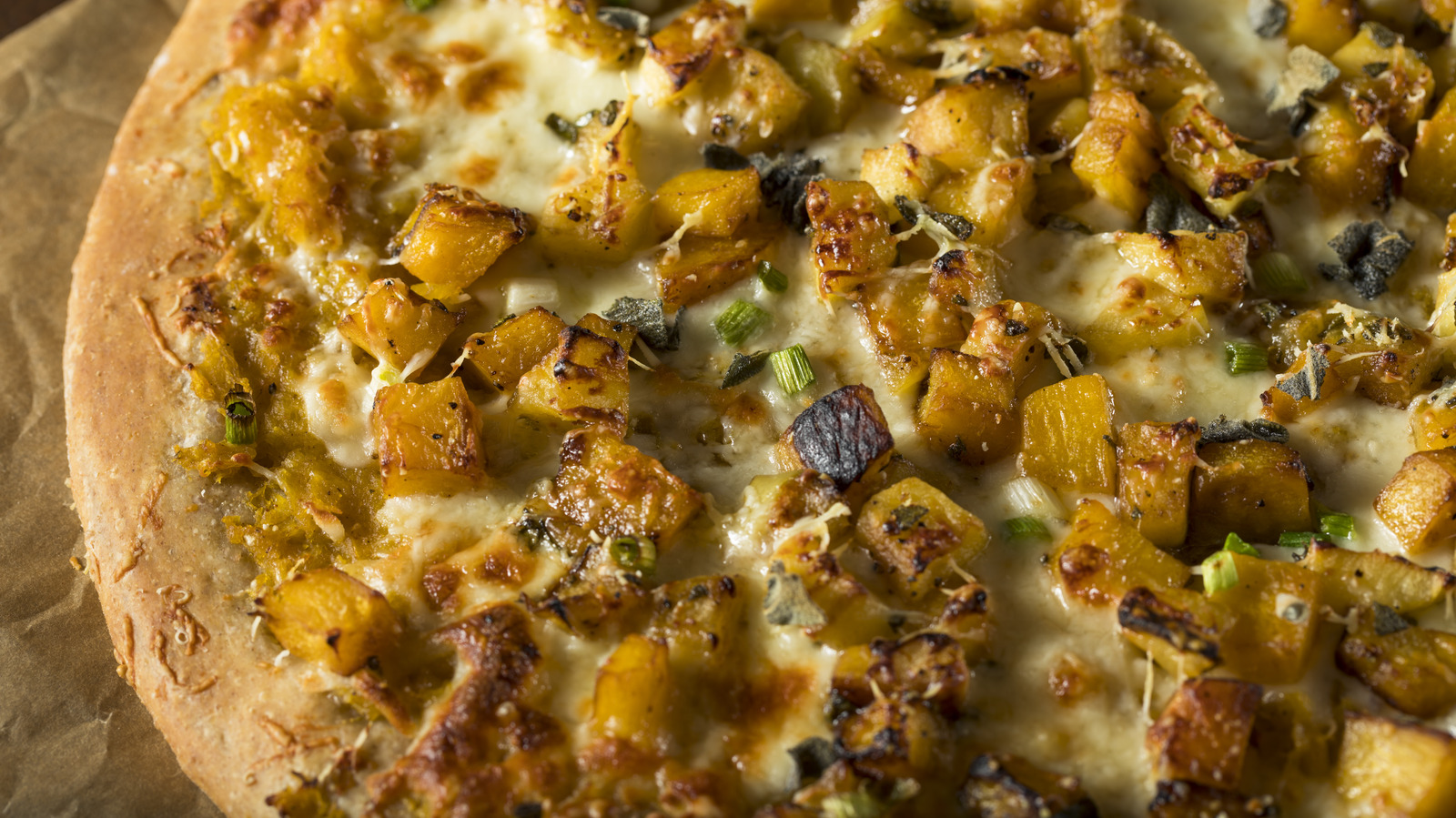 The unexpected ingredient to add to your pizza this fall

You might be surprised to learn that pumpkin is the plant ingredient you should be adding to your pizza this fall. Pumpkin and pizza isn’t a typical combo, but the flavors come together in a masterpiece when done right. Serious Eats says the trick to getting the tastiest pizza is to slow roast the pumpkin. Rather than placing slices of raw pumpkin on the pizza for baking, the site recommends a roast and mash technique.

Before we dive into the roasting method, it should be mentioned that the traditional orange pumpkins used for carving on Halloween are not the type of squash used for this pizza. These pumpkins are stringy and don’t have much flavor. Instead, Serious Eats recommends kabocha squash (Japanese pumpkin) or sugar pumpkins for their less stringy, more intense, and flavorful flesh.

Toss a quartered pumpkin in olive oil, salt and pepper and roast until tender. As the pumpkin slowly roasts, it caramelizes and sweetens as the enzymes in the squash break down the starches into sugar. Remove flesh from pumpkin skin, add seasonings and mash until thickened. Next, sauté the pumpkin puree with the apple to accentuate the flavor and texture and spread the mixture over the crust. Sprinkle the pie with toppings that complement the pumpkins, such as torn fresh sage, shallot, pancetta, Gruyere, fontina, or mozzarella (via scissors and fork). Bake on a baking sheet or stone until golden brown and bubbling.

Add some pumpkin to your pizza and enjoy a new kind of pie this fall!