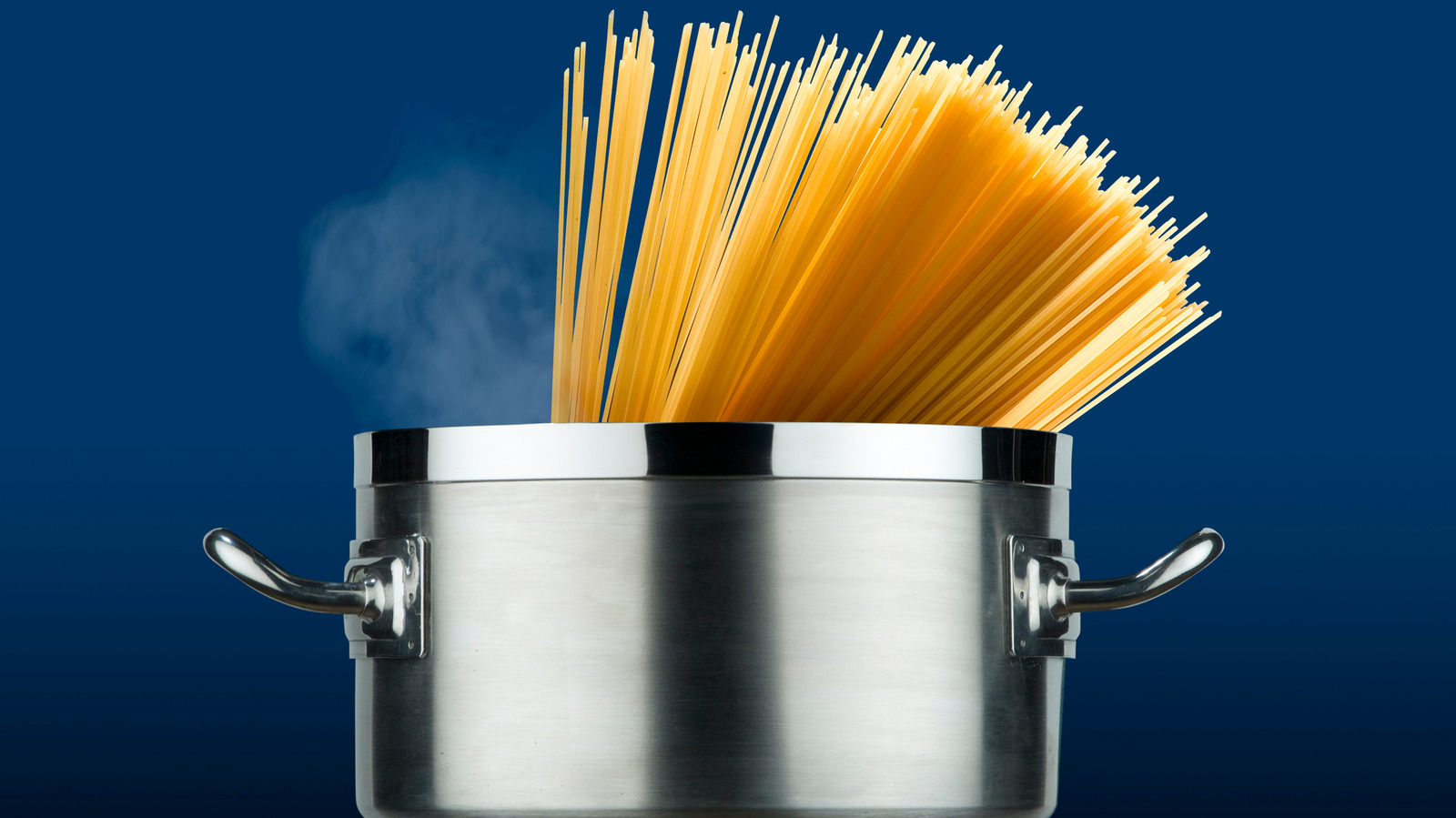 When dry pasta is placed in water, it begins to release starch, chef Palak Patel explained to HuffPost. As the starch dissolves in the water, the pasta begins to break down, which can result in a mushy texture. However, intense heat, such as that found in boiling water, can prevent doughy pasta from expanding by “setting” the outer coating of the pasta, according to What’s cooking America. This is why it’s important to wait until you have a quick, rapid boil before adding the pasta – adding new ingredients, including pasta, causes the water temperature to drop, but the water that is already at a continuous boil will still be hot enough to harden. and cook and pasta properly.

If you want to speed up the process, cover the pot of water with a lid to help it boil faster, but don’t try to save time by adding pasta before the water is fully boiling. Other pasta mistakes to avoid? Not using a large enough pan or not using enough water (at least four liters of water per pound of pasta), which will affect the starch to water ratio and could also lead to mushy pasta that sticks together. Remember to salt the water after boiling, but before adding the pasta. Stir the pasta right after adding it to the pot. And never add oil to your pasta water.

2022-04-25
Previous Post: Pasta, sauces, sides and dessert for the ultimate pasta night
Next Post: These cheesy pasta cutlets spell indulgence with every bite (recipe inside)