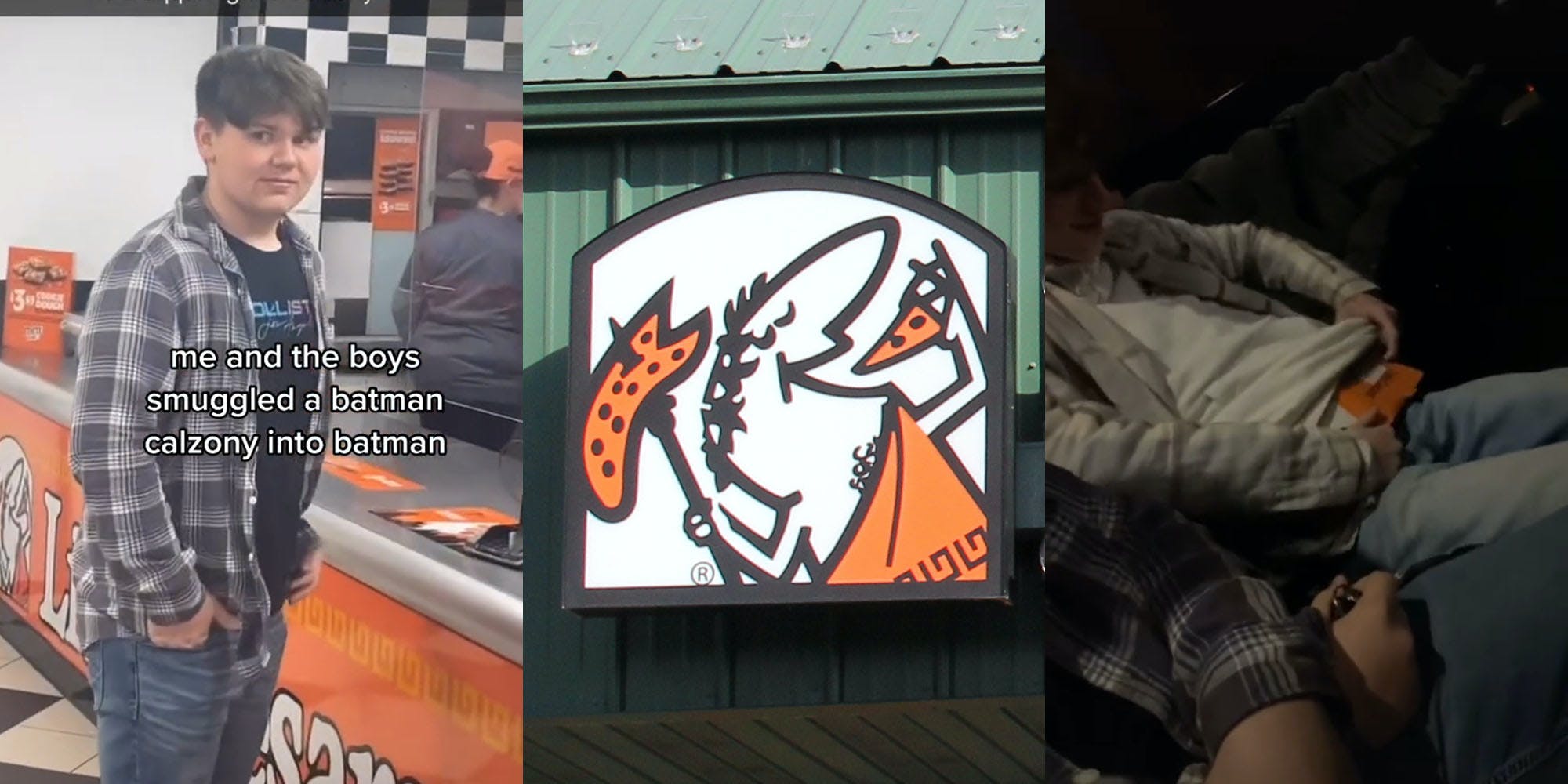 Viral footage from TikTok shows a group of friends smuggling a Batman Calzony into a movie theater showing The Batman.

In anticipation of the new Batman movie starring Robert Pattinson, Little Caesars has released The Batman Calzony, a Batman-shaped pepperoni pizza with a calzone-like crust. The pizza gained traction on TikTok, with the #calzony hashtag receiving around 150,000 views.

A TikTok account known as The Jack Shack (@thejackshackboys) chronicled their experience ordering the Calzony and then enjoying it while watching the film.

In the video, one of the boys can be seen ordering the item from inside a Little Caesars, then doing a dramatic “Calzony Reveal,” opening his box to show the rest of his friends.

Next, the video showed the boys inside a movie theater, with the first boy pulling the Calzony box out of his t-shirt to enjoy during the film. The music video is based on Nirvana’s dark “Something In the Way”, for some reason.

The video received mixed reactions from viewers, with some applauding the boys for their successful idea.

“Well done,” commented a viewer on the video. Another viewer wrote: “Legendary”.

Fellow viewers couldn’t believe the boy managed to keep the pizza under his shirt until the movie.

“Lmao I know your stomach was burning,” one TikToker said.

“How did the fat not get you,” asked another viewer.

Someone else commented, “Brother, my boy’s chest must smell like crispy pizza.”

For a viewer, smuggling pizza into a theater isn’t all fun and games.

“You’re all about to see Batman come from the shadows for revenge for all of you breaking theater policy!” they warned.

The Daily Dot reached out to the creator via a TikTok comment.

Cecilia Lenzen is a journalism student at the University of Texas at Arlington and a freelance writer for the Daily Dot.