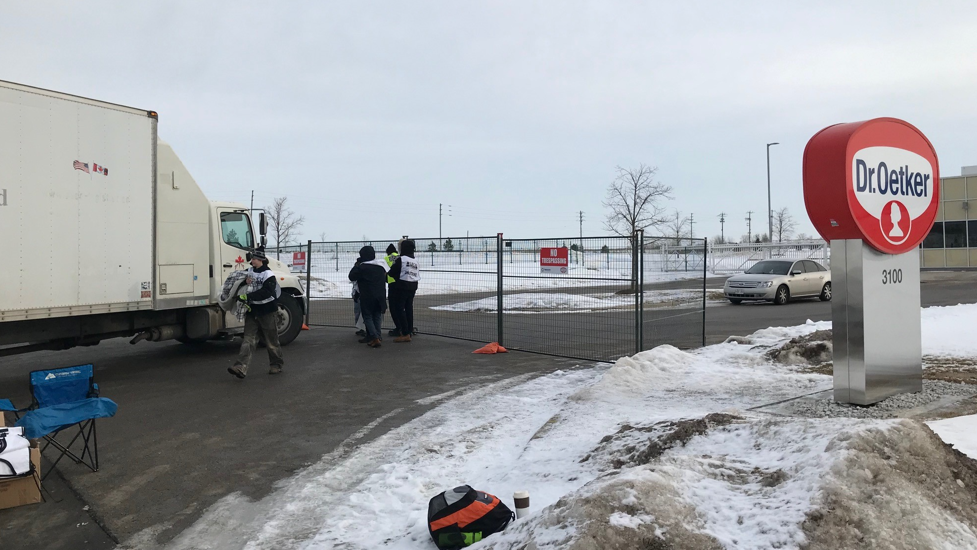 “Toxic environment”: workers at a pizza factory in London, Ontario. prepared for a long strike

Striking workers at the Dr. Oetker factory in London set up multiple picket lines on Wednesday as 251 members of United Food and Commercial Workers Union Local 175 went on legal strike at midnight.

UFCW spokesman Fred Teeple says talks between the union and the company have failed. There is no current date to return to the table.

“The relationship between the employer and the members is not good. It’s a toxic environment and we want to make sure that’s also addressed,” he says.

They also blocked the entrance to the truck, where at least one delivery was delayed while CTV News was on the scene.

Teeple says workers rejected the company’s latest offer by a vote of 91 to 71. This follows an 88% strike mandate last November.

“It’s an economic strike. We want more money at all levels and that is why these workers are here.

As COVID-19 began to spread and most industries slowed down, he says they stepped up to meet the high demand for food.

“These workers have gone through struggles during the pandemic. I mean coming to work every day and making sure they put food on the table for the families.

And with their own families now forced to survive on limited strike pay, some workers, like Stewart Carne, are preparing for a long strike.

“They basically locked us in and put up these extra barriers there, and they were ready to come to work, but we’re not going to work for a while,” Carne says.

The Dr. Oetker factory unionized in 2015, shortly after it opened.

CTV News has so far been unable to reach company representatives.

2022-02-16
Previous Post: B-More Pasta creates opportunities and funds programs
Next Post: Elise Christie: The ice skater who delivers pizza to pay her bills vows to sell her house and make a self-funded comeback in a bid to win a medal at the 2026 Winter Olympics