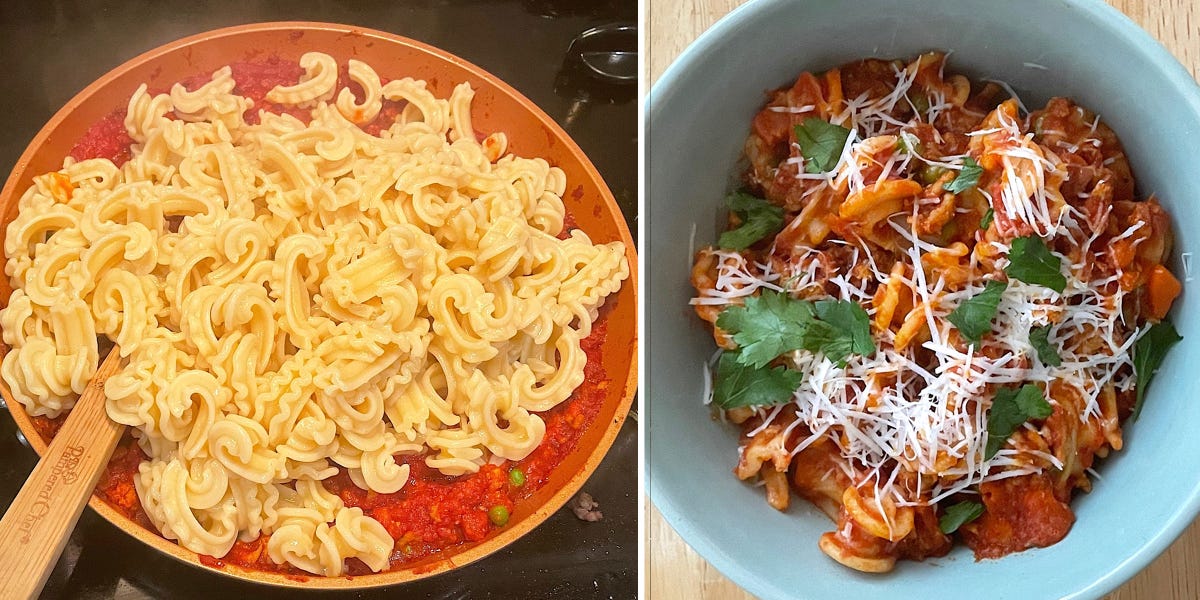 Tried the new pasta shape and would definitely buy it again

It took Pashman three years and $10,000 to turn Cascatelli into reality.

Pashman – who details his full journey through the five-part series “Mission: ImPASTable” – told me that inventing a form of pasta was much more difficult than expected.

“I had assumed that the reason there wasn’t more innovation in pasta shapes was that the world of Italian food and pasta was too attached to tradition, and I think that’s part of the explanation,” he said. “But it turns out that the machinery involved also has limitations.”

And it wasn’t exactly easy selling people his pasta dream. Pashman first had to influence America’s only remaining pasta dye maker – which was already busy working for Kraft and Campbell’s. Then he had to find a pasta company to partner with, and many said no before he got lucky with Sfoglinia New York-based artisan pasta company, in January 2020.

As they spent 16 months testing different forms, along with numerous COVID delays, Pashman sometimes wondered if he had dreamed too big.

“There were certain times when I said to my producer, ‘Listen, we decided to tell a great story. If I can’t make a good pasta shape, then everything will crash and burn, but it could still be a good story,” he recalls.

But cascatelli – named after the Italian word for “little waterfalls” – was finally ready for its introduction to the world in March 2021. And, to Pashman’s surprise, everyone wanted a piece of the new pasta.